This page represents an initial effort at an “in the cloud” record of snowdrops here at Gelli Uchaf. When we acquired the derelict property that is now our home, there was no garden, no flowers save a few old daffodils on our track banks, and certainly no obvious snowdrops for several miles around us. Created just after the first snowdrops emerged in October 2017, this page shadows a huge effort I made during last year’s snowdrop season to photograph, label and record the majority of the different snowdrops which we currently have growing here.

Why bother with such a thing?

The main reason was that any other sort of simple physical record of these bulbs here can easily be lost or damaged. And to be of value to any garden (or blog) visitors, some sort of order and accessible database of photographic images had to be created. Perhaps also for anyone thinking of trying to grow a few different snowdrops for the first time, a little of the simple slant of this record might be helpful.

Being quite a novice as far as snowdrops are concerned (say 20 years…), I decided a few things were important for my records:

As I created this last of my 3 season lists, I discovered that for several of these later flowering snowdrops I don’t have any useful photos. Perhaps because at this time of the year, much more is happening in the garden to distract one’s eye. Perhaps also because after 2 solid months of snowdrop focus, photography, WHSH visits and computer work I was becoming a little fatigued! Hopefully by the end of the 2020 season, many of these missing photos can be added, and the list will hopefully become more complete.

Middle of February to early March 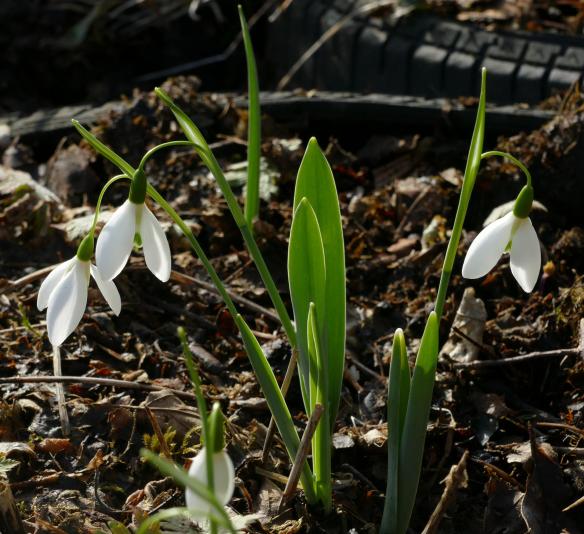 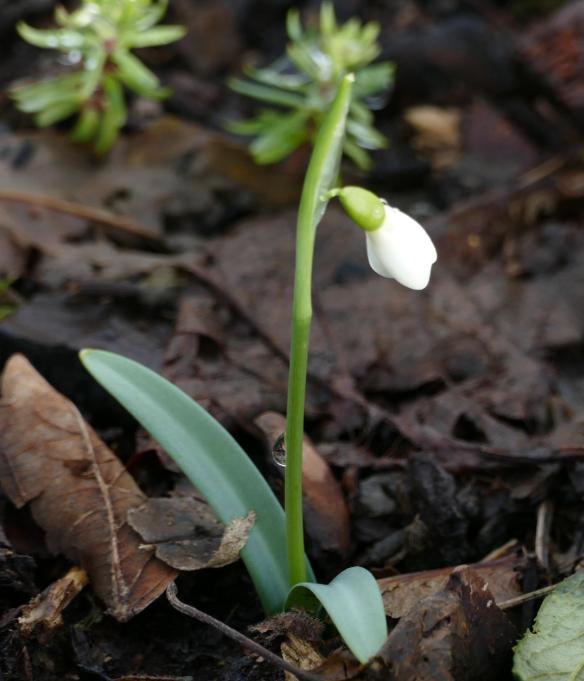 G. plicatus “Washfield Rectory”. Acq. 2012. February 16 th 2017 to mid March. A “clone” of the species, but probably the same as the more commonly described “Washfield Warham”, which is listed at the end of the Mid Season snowdrops. This dates back to about 1916 when a fine late flowering G. plicatus was spotted and sent by Revd. Digby of Warham, Norfolk to E. A. Bowles, the eminent bulb expert. In fact it’s thought that it was brought back to the village originally by a Captain Adlington on his return from the Crimean War. 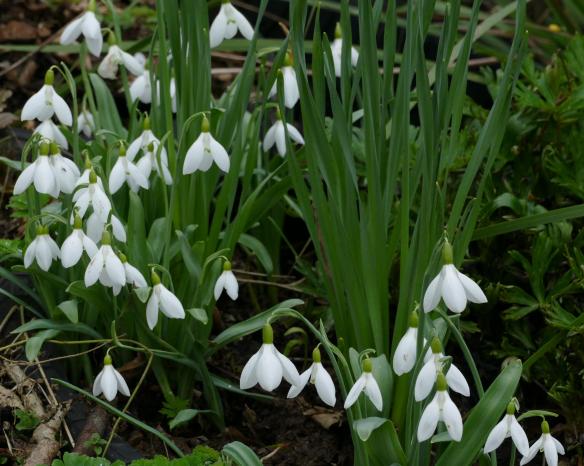 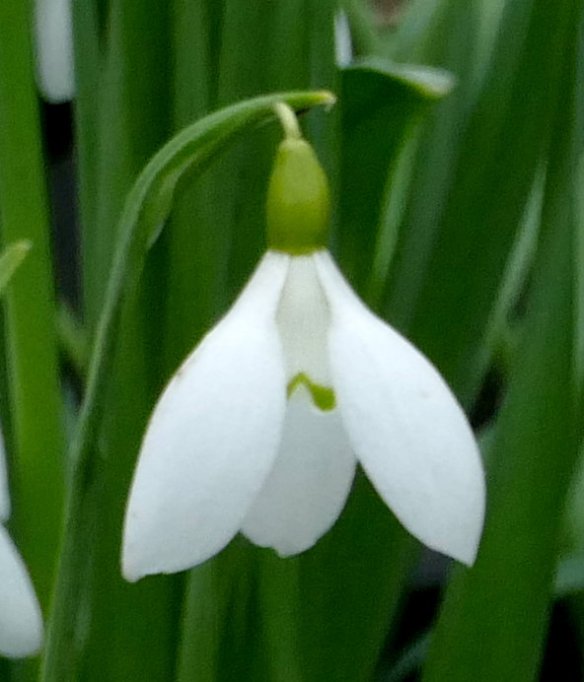 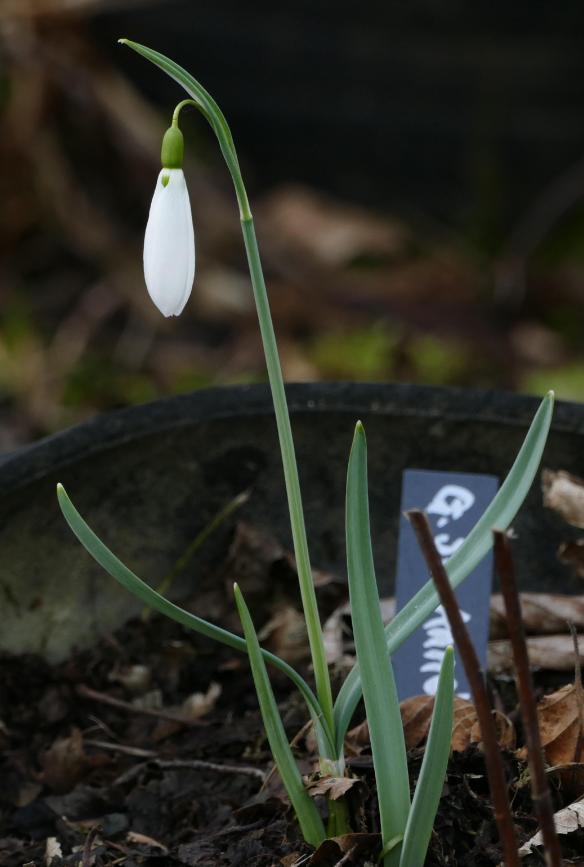 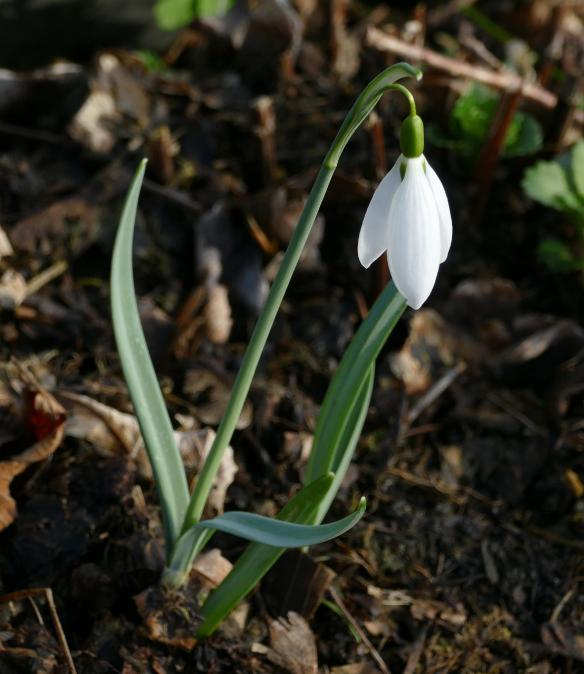 G. Seedling of John Long. Acq. 2017. February 18 th 2017 to mid March. A single flowered hybrid with an unusually kinked pedicel, just before attachment to the ovary. Will this be a consistent feature?

G. “Straffan” ? SP4. Acq. 2010 February 17 th 2017 to late March. An elegant single flowered hybrid. I think that is G. “Straffan”, which we acquired years ago, before we kept good records! It is a late flowerer and typically produces a second flower scape, as you can see from the second photo, which extends the flowering season. 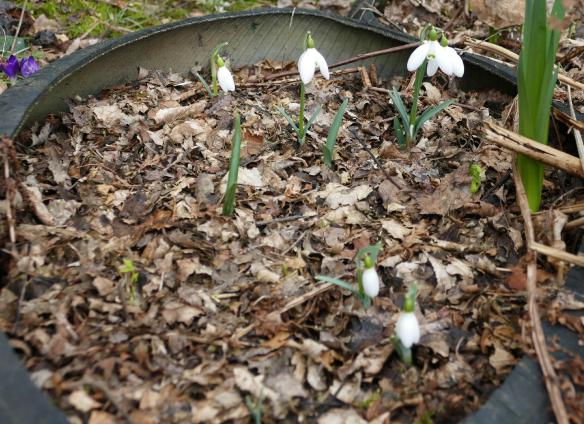 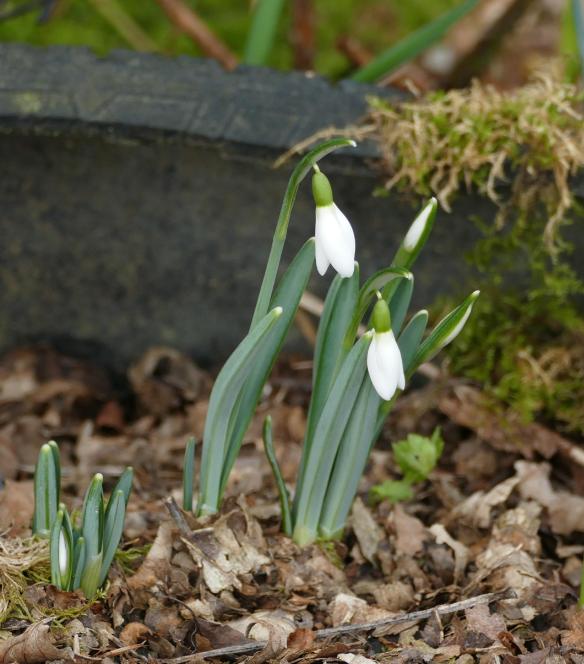 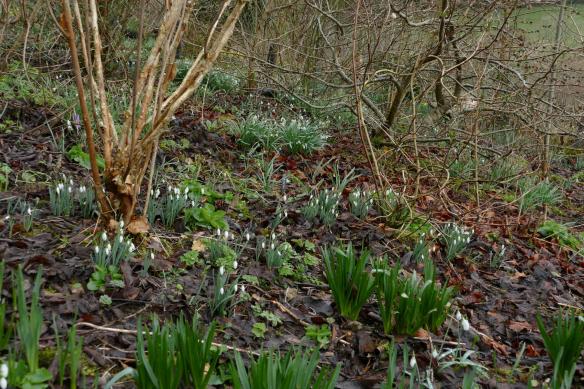 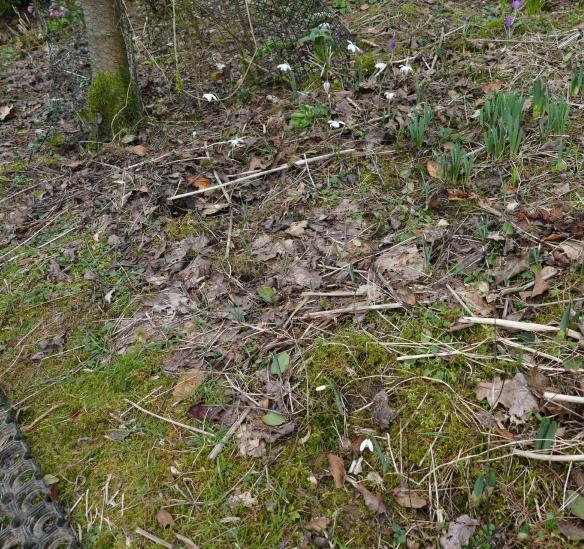 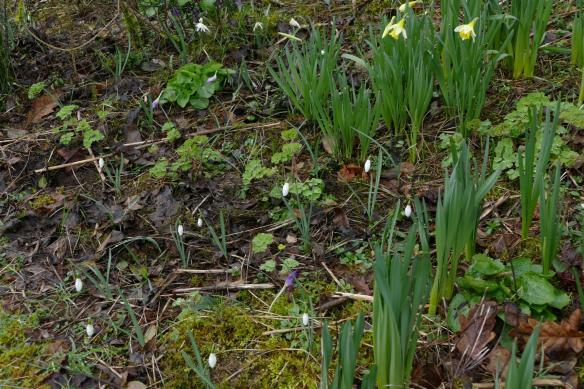 G. nivalis sandersii group “Lowick”. Acq. 2010. February 18 th 2017 to mid March. A very weak growing snowdrop here, as can be seen from the once moved plants below, 7 years after acquisition! 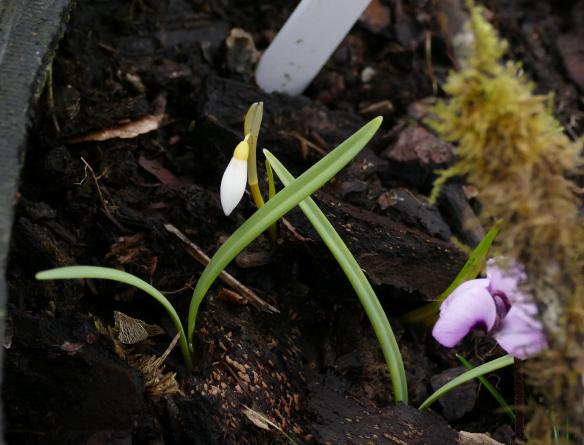 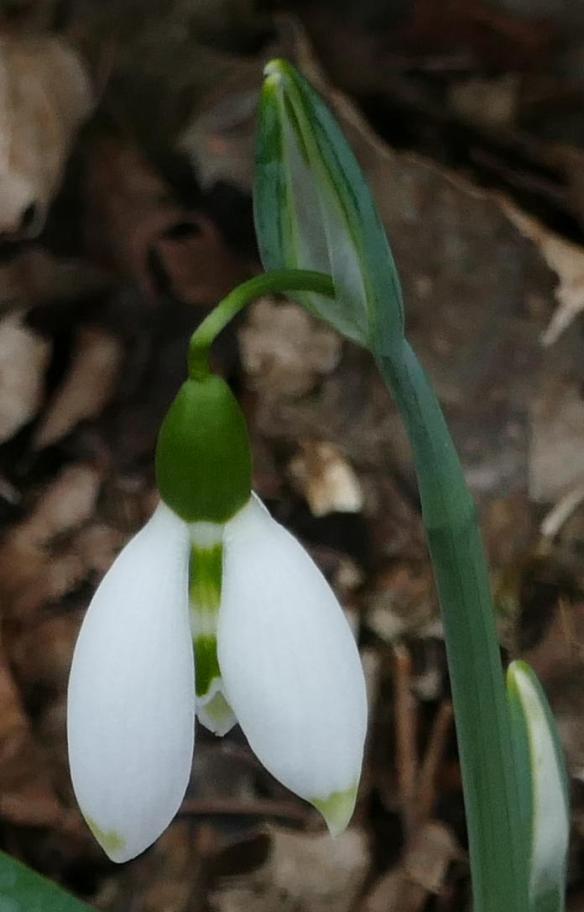 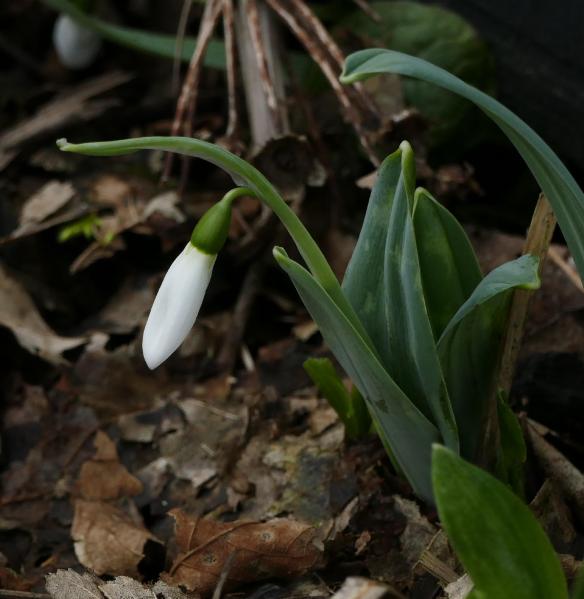 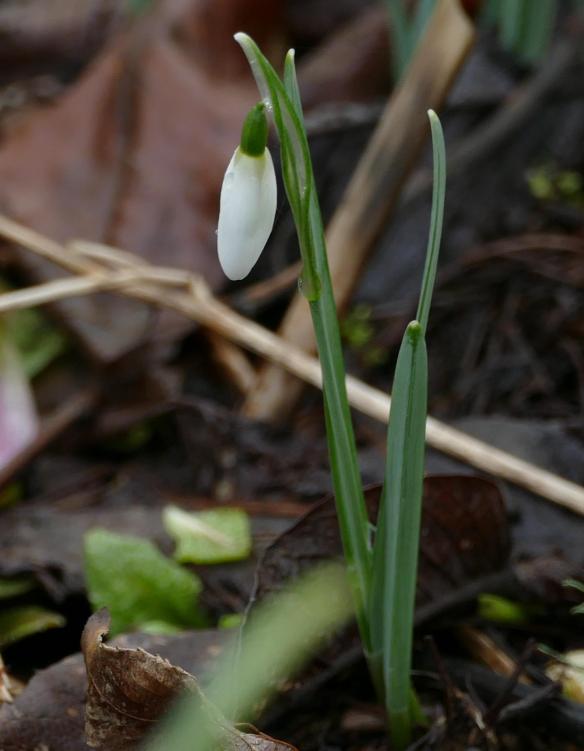 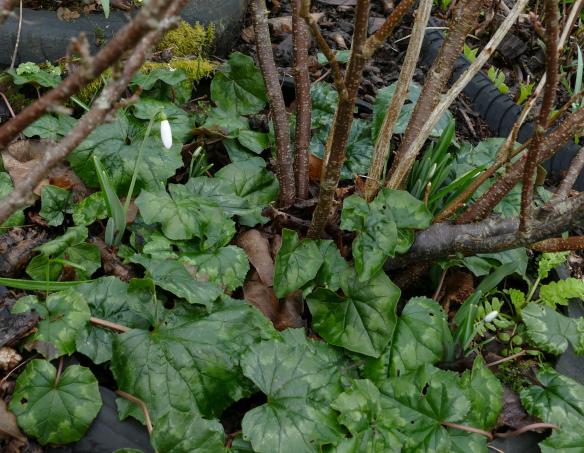 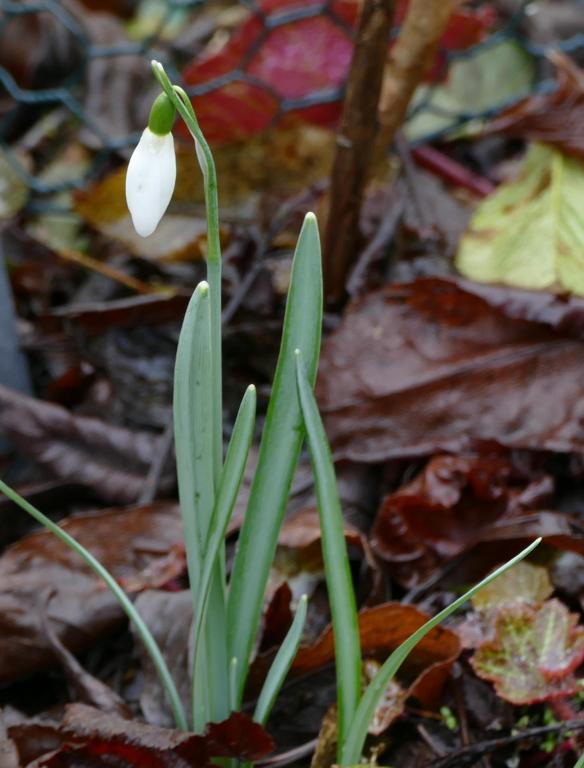 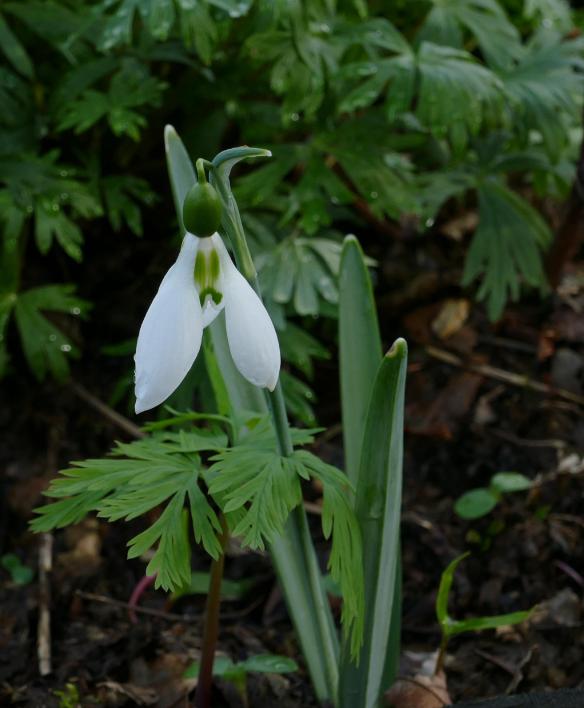