A grey damp May 1st was soon forgotten as dry weather with often quite strong cool winds swept the garden from the East and North. 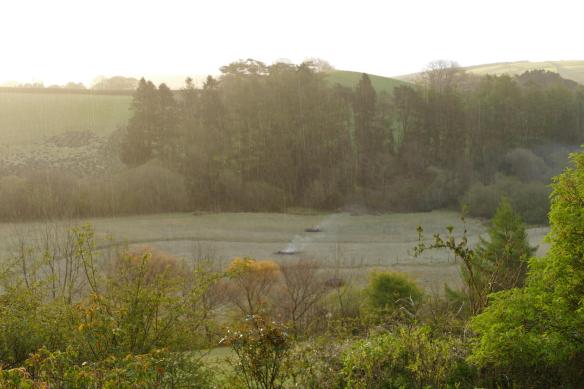 So although we enjoyed lunch outside on May 2nd, the low rainfall for April (just 47.8 mm), meant that fields and parts of the garden were beginning to suffer from water shortages – a huge change from most years here. 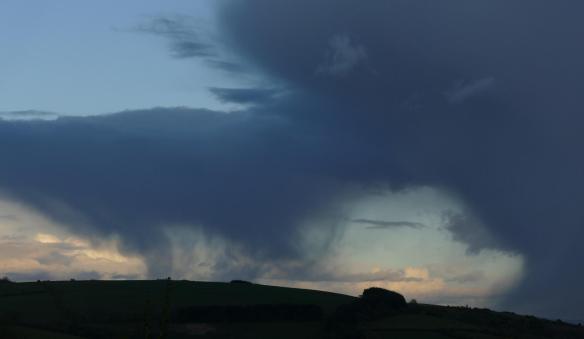 In our top hay field the now ubiquitous and quite dense yellow rattle germination is going to dramatically reduce output this year from this field – what we want for floral diversity, but it has meant a re think in the bottom meadows, where the upper wet meadow has also been “shut up”, to allow us further options for haymaking. Hemi parasitic Lousewort, whose pale pink flowers early bumblebees really enjoy as a nectar source, is also now becoming well established in our upper hay meadow. 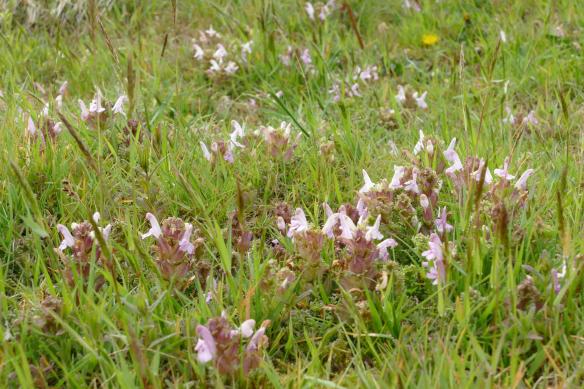 The hope is that the 22 ewes we entered  summer with, plus just 2 lambs (identical twins, we think), will mean we hopefully only have these 2 fields to worry about cutting or topping.

And certainly our two larger wet meadows have no significant rush growth evident so far, since the 14 ewes grazing each field alternately, about every 7 days, are chewing off all the sharp flowered rush regrowth very efficiently. The downside is that we shall have very few flowers in these fields this year, I think.

Equally these dry conditions allowed us great opportunities to bring in much of the wood harvested from the latest overgrown hedges which have been tackled during the last 12 months.

However we’ve noticed we really have to pace ourselves now with this sort of physical work – our stamina is definitely reducing a little as we both move into another decade. 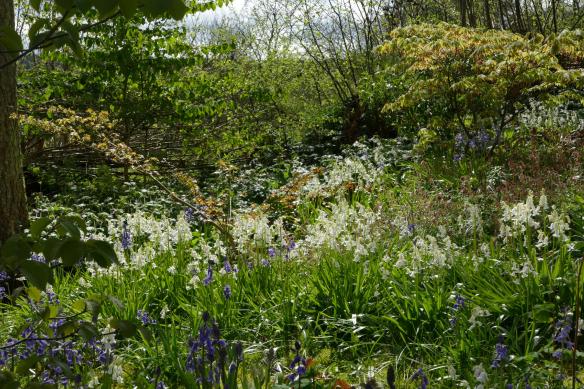 It was only on May 4 th that I thought it worth sowing any carrots – and even then between water bottles covered with polycarbonate sheets, such is the cold. 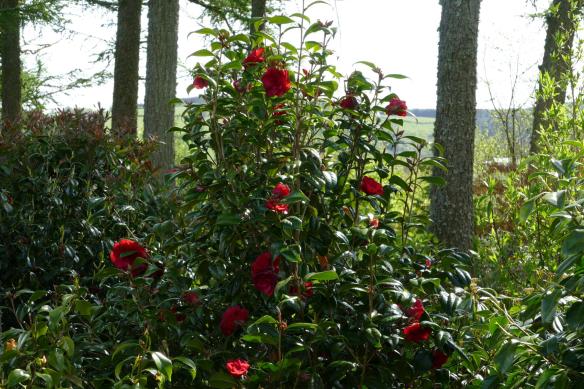 My efforts with sowing seed and putting cuttings beneath daffodils in the bottle bank big bags, seemed to have worked quite well with reasonable success with Hydrangeas, roses and even some hollies, in spite of my late timing of taking the cuttings – well into winter. 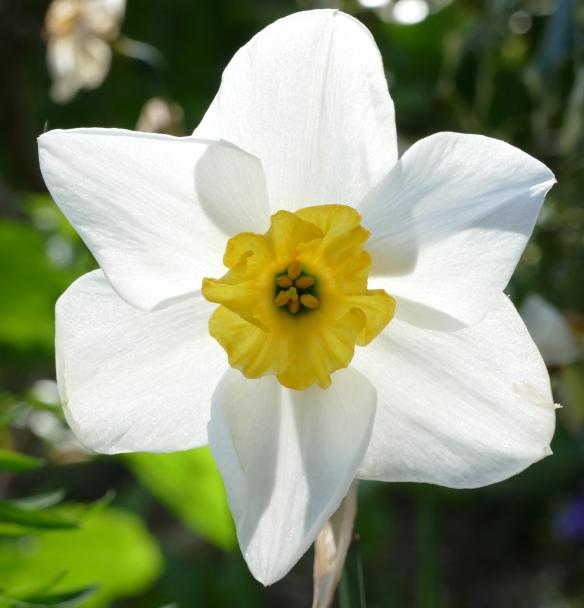 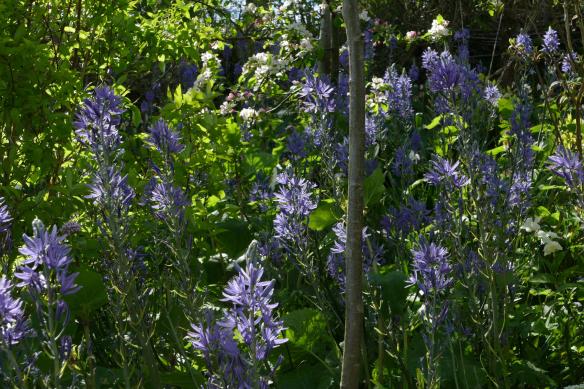 Since we’ve had no honeybees in the garden this year, I’m trying with a couple of bait hives created from old butter churns to see if there are any wild colonies around, now that our near neighbour’s “farmed” bees have gone after an allergic reaction issue. 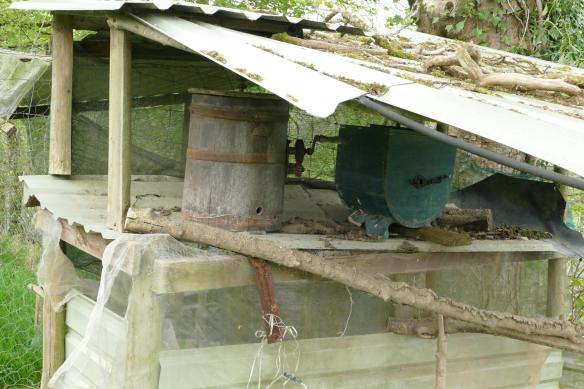 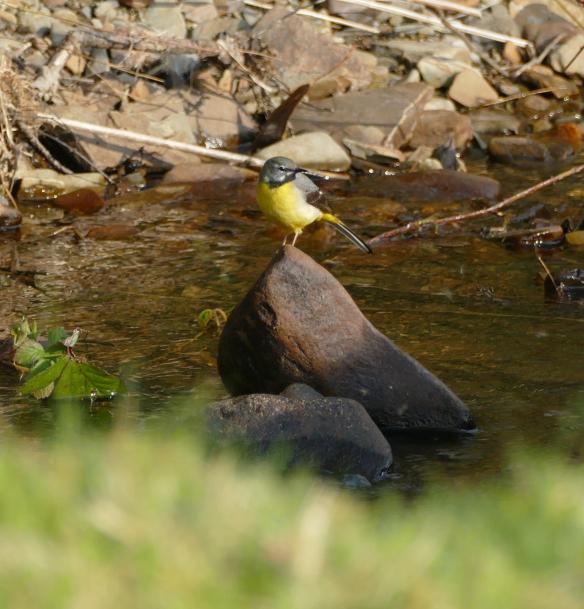 Grey Wagtails have been frequently sighted along the stream’s drying bed, and it’s been a fantastic year for echoing cuckoo song in the valley, even if swallow numbers are significantly reduced. 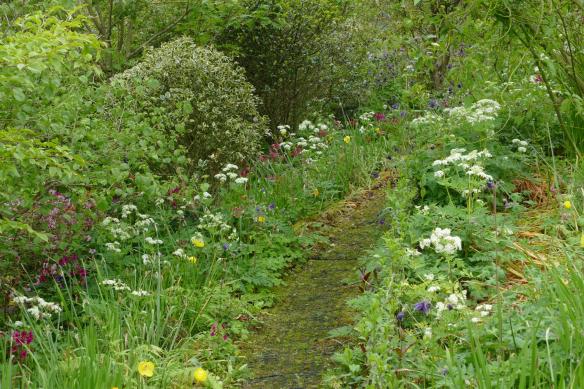 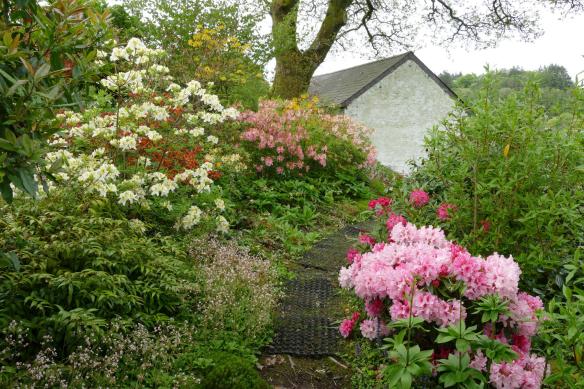 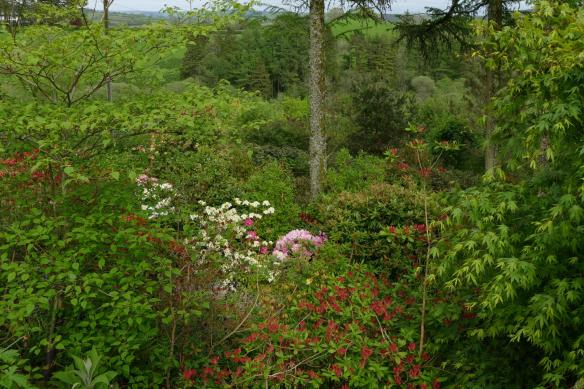 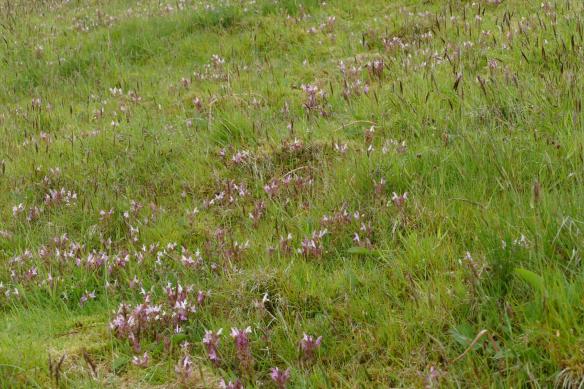 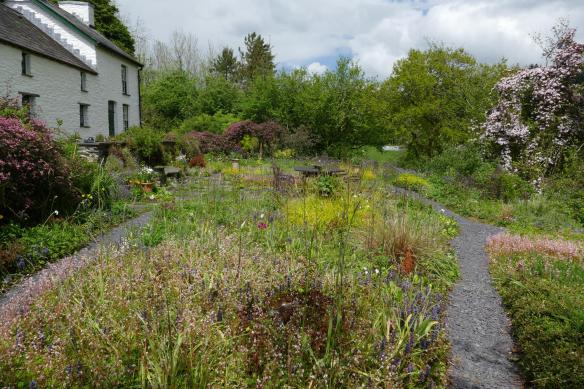 Around the middle of the month, a week of rainy weather including the heaviest single 24 hour rainfall total for over a year, of 42 mm, saw all our worries about drought recede, the grass in the fields finally began to grow, and the garden freshened up. 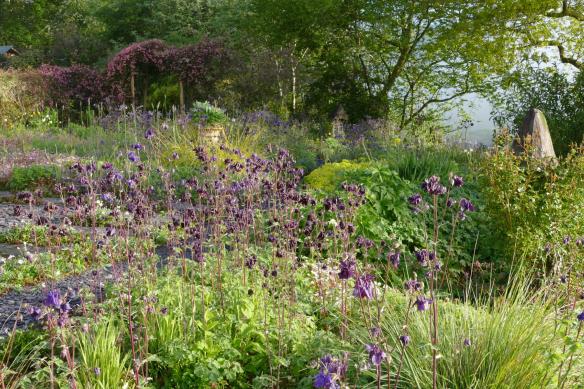 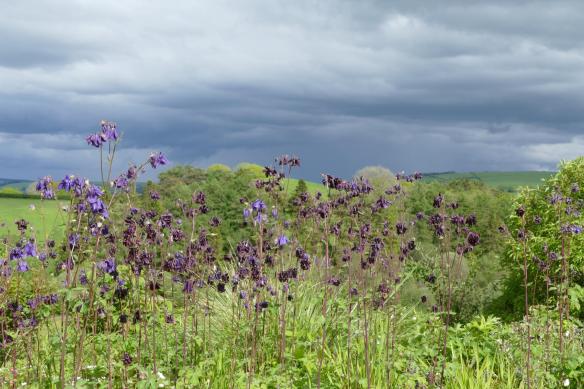 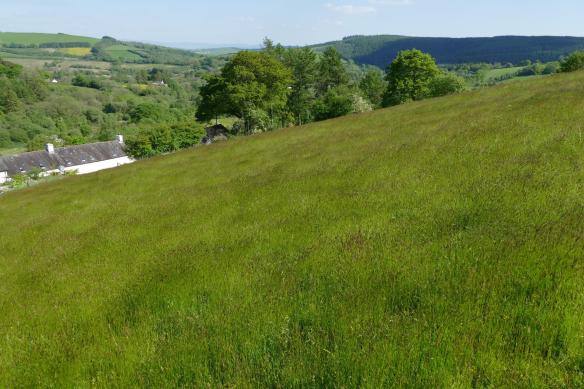 By the end of the month, the rainfall total of 112.1 mm was yet again a historically modest figure, and overall sunshine light levels were fairly average, as shown by the PV output for the month… 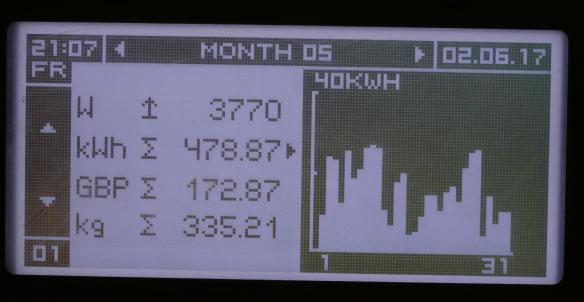