May began with the garden suffering from the very cool March and April, but with daffodils therefore still looking really good. 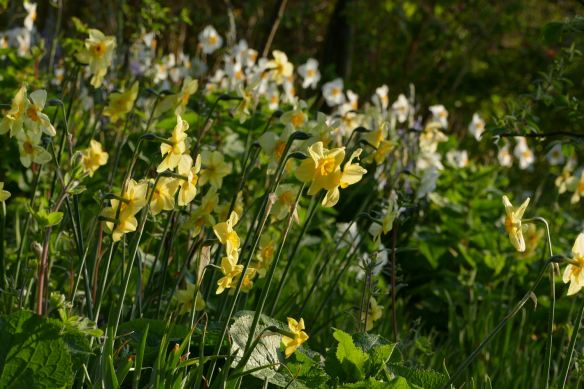 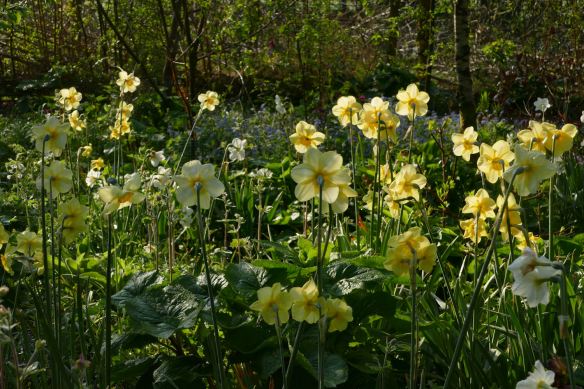 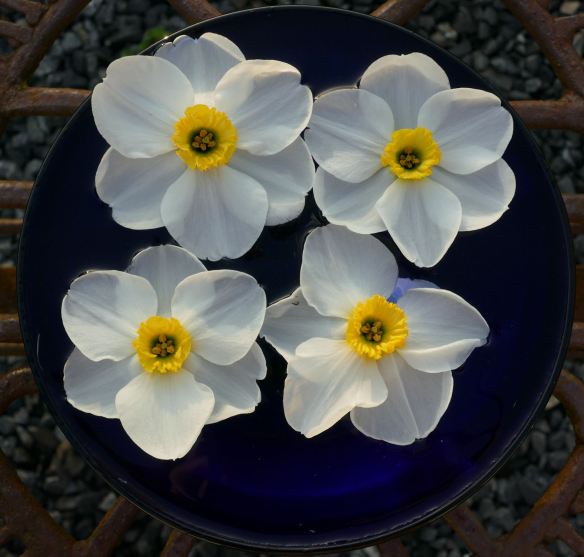 30 mm of rain fell overnight on May 1st, but afterwards a sudden change in weather fortunes ended with the hottest, sunniest and best early spring bank holiday (nationally), since this bank holiday was created. 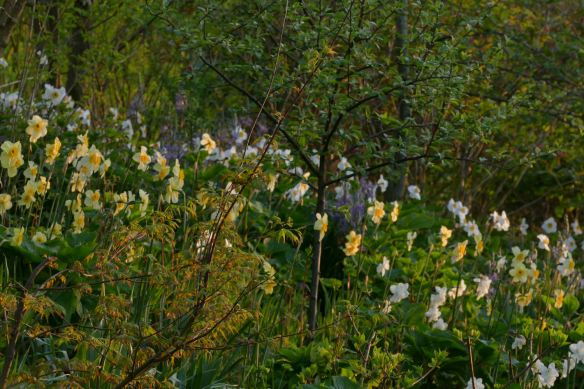 Even better, as a result of a last minute forced change of plan, for once we had no visitors or commitments, so could really enjoy it, even though the Monday was spent with all manner of different jobs from dawn until dusk!

Still, two fabulous breakfasts outside on the terrace reminded us of how very special this place is, and how wonderful the light often is. Even if this year the dawn chorus, and bird song generally, is a fraction of what we’re used to. Is this just a consequence of the very severe winter? 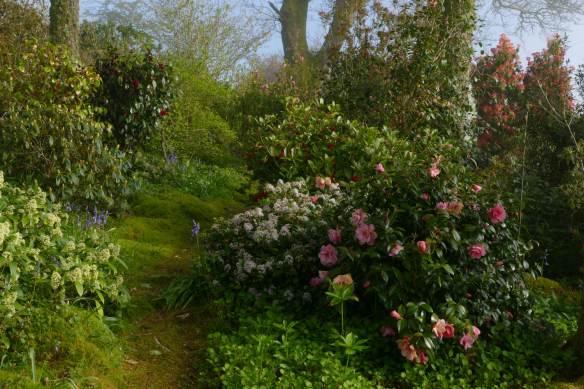 Or is the decline in bird numbers, particularly swallows – we only seem to have a single pair this year – a more worrying sign of general decline in population numbers? 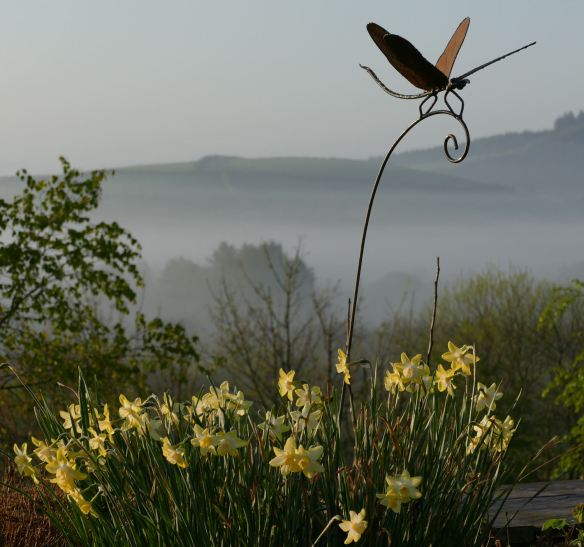 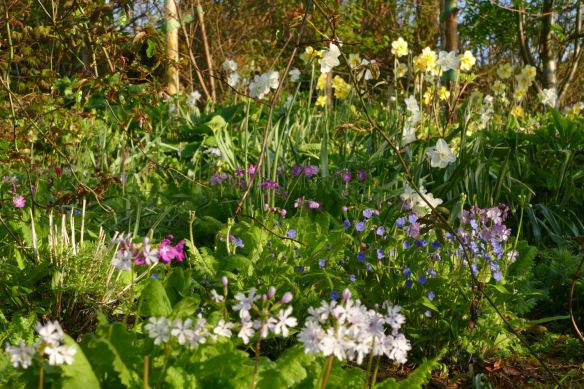 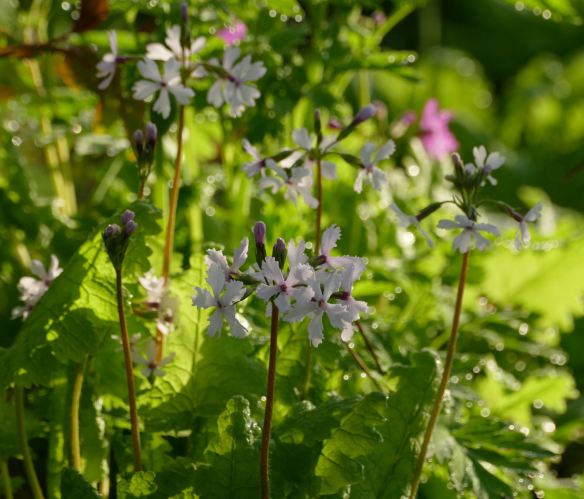 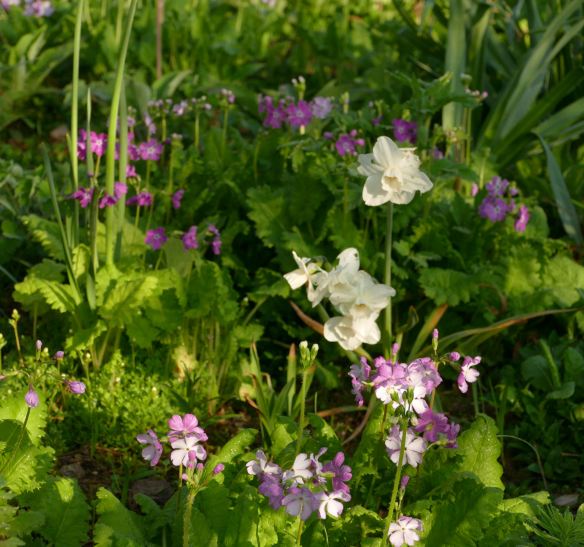 This May is the first year that our developing selection of Primula sieboldii have flowered in the ground, and shown what very tough plants they seem to be, having come through March’s terrible freeze drying, some with leaves above ground, with no ill effects.

Hay was cut, never this early before by us, and with its own challenges, but we’ve learned the wisdom of the old saying about making hay whilst the sun shines in this upland site.

The shepherd’s hut construction at the top of our hay meadow was started. 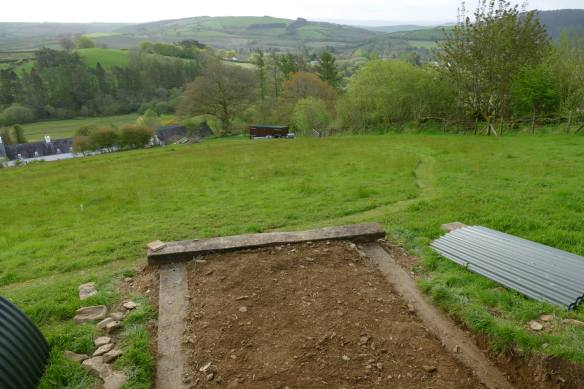 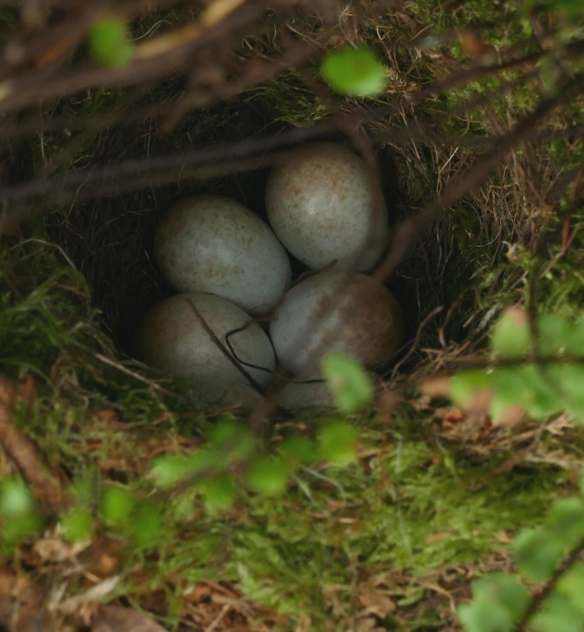 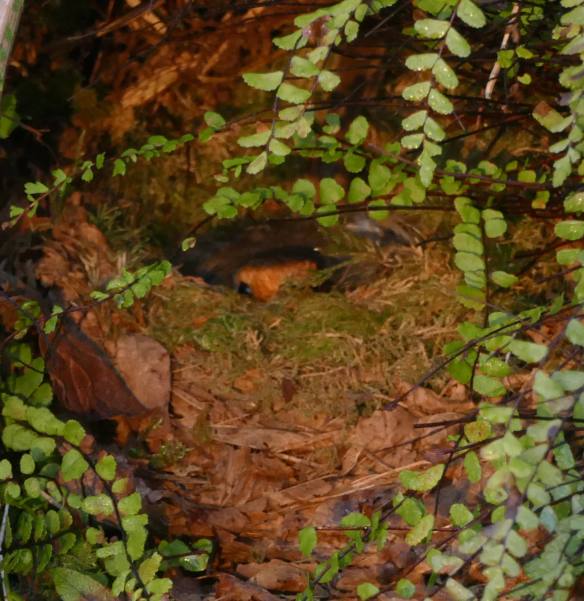 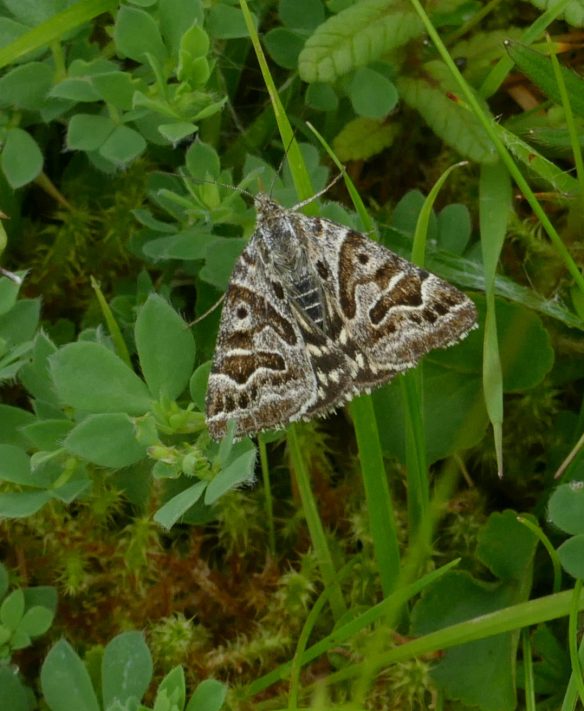 Orchids began to flower in even greater in our upper hay meadow continuing the annual increase in numbers which has so far been 0,1,1,4,14.

But slug numbers have collapsed – a walk around our roughly 330 metre mown path through our upper hay meadow on a warm damp late May evening at dusk, saw me counting just 14. Usually there would have been an average of one per yard!

Eventually at the end of the month, thunderstorms which had skirted us previously, threatened us on the night of the 31st, but again narrowly just missed Gelli, so the month ended on a glorious high. 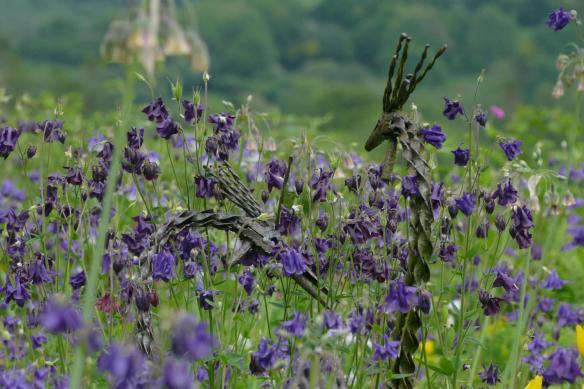 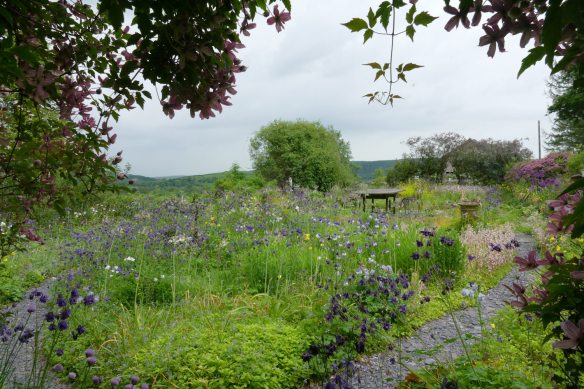 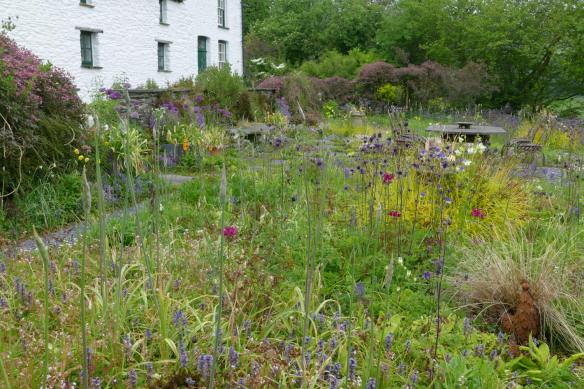 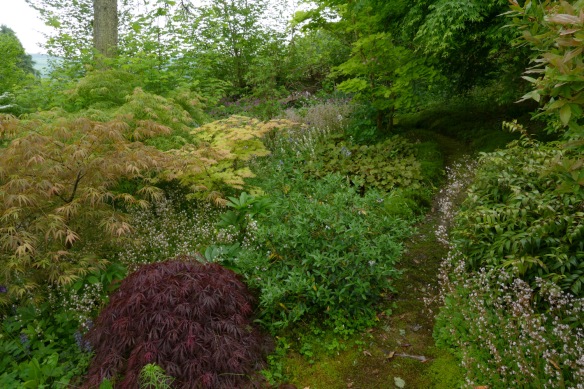 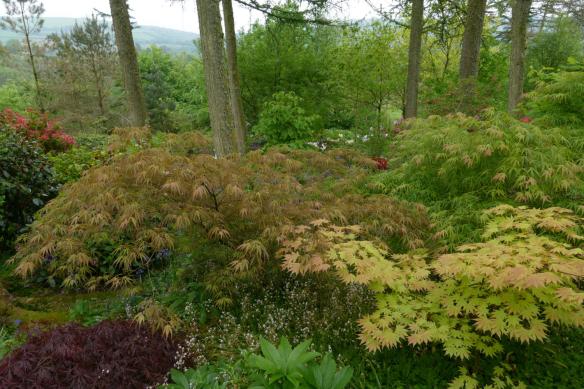 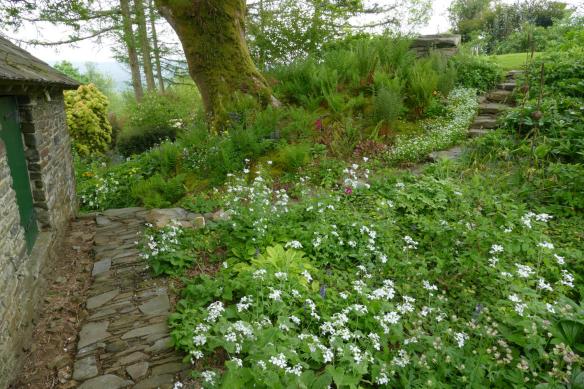 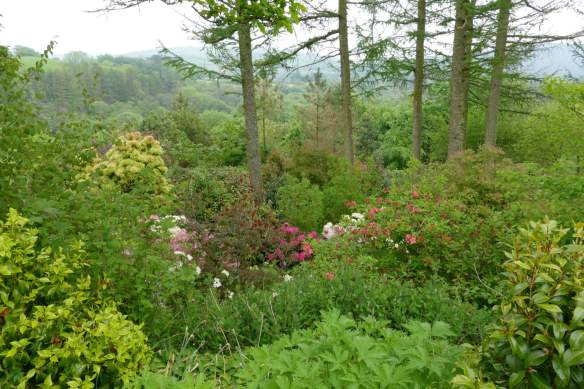 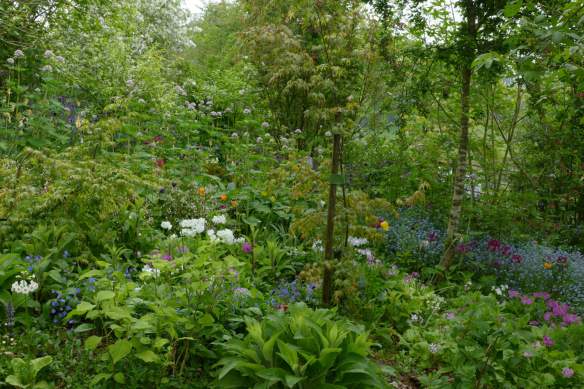 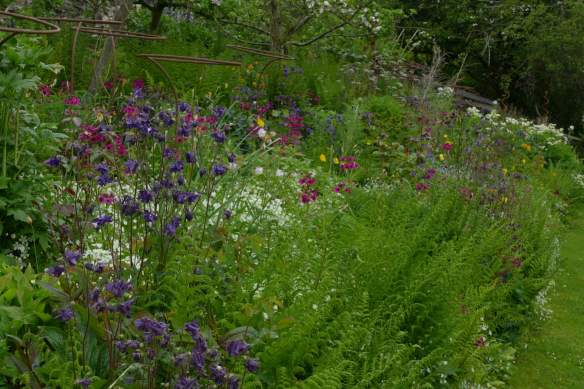 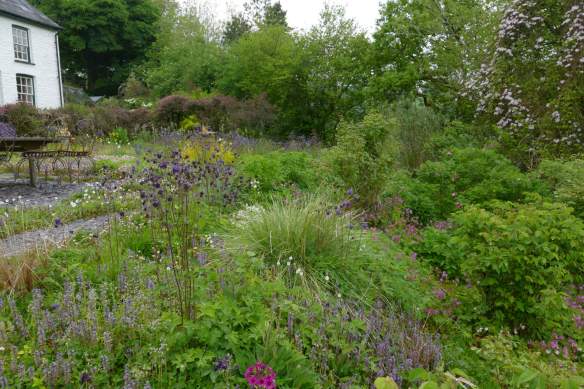 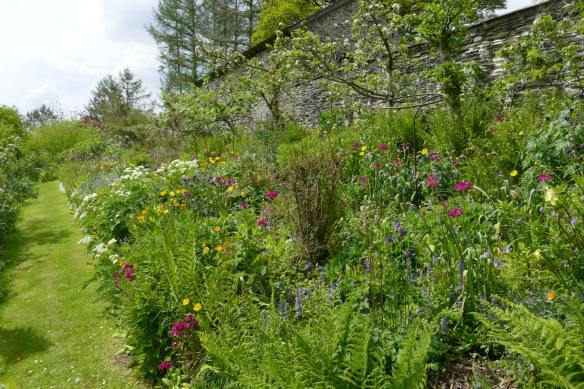 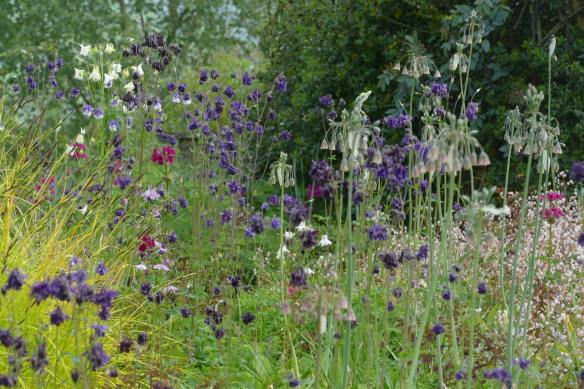 A May to remember for all the right reasons!

The PV inverter record showing 512 KWH for the month, reflects the great amounts of sunshine, and the total rainfall of 58.1 mm shows how little fell after the 30 mm at the beginning of the month.