December 2015 continued the very wet, windy, mild theme of November. A Christmas Day walk in the nearby forests capturing the mood, and underfoot conditions. 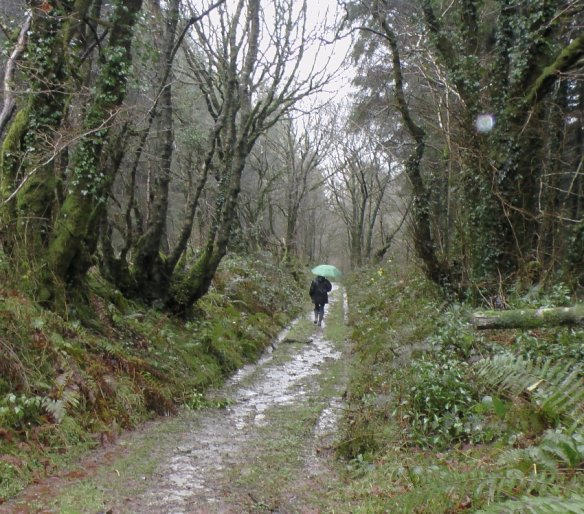 Not a single frost. 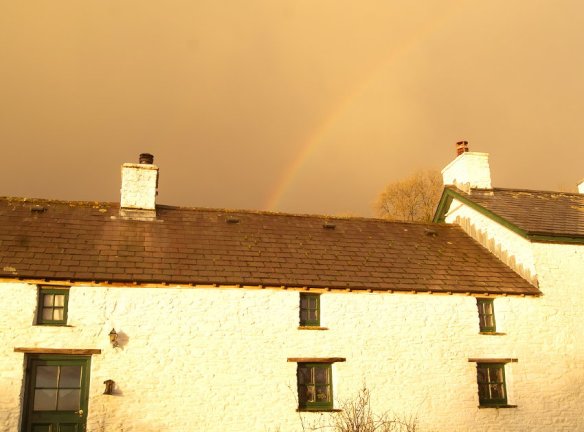 Not a single 24 hour period without rainfall. The photo below was taken because this, briefly, was the only occasion on which our terraced stone slabs nearly dried out – most of the garden just squelched when walked on. 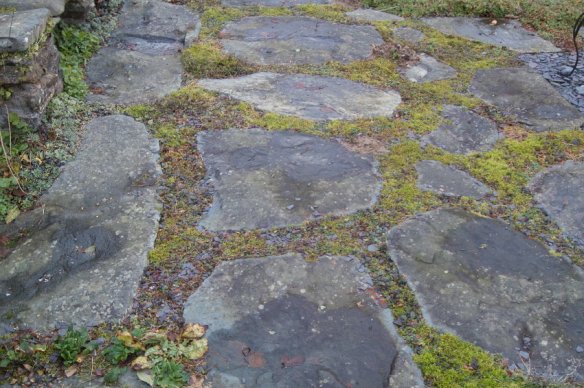 And by the end of the month a rainfall total of 534.5 mm, which smashed my previous single month’s total set in December 2013 of 411 mm. For most of Wales, the temperatures were over 4 degrees C higher temperatures than average for December, and over 2 degrees C higher than the previous warmest December. Click here for more details on the National weather for a(nother) record breaking December, and click here for the head of the Met Office discussing what might have caused these conditions.

A PV total for the month of just 22.3 KWh was less than half the usually very low December readings of previous years.

There were some consequences – endless work maintaining our access track, two occasions when our stream, Afon Melinddw burst its banks and poured across our lower wet meadow. 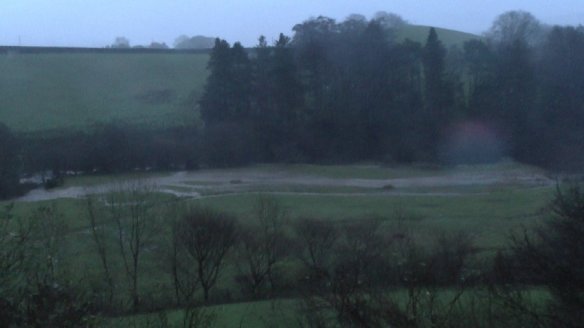 And many plants flowering earlier than ever before. Hamamelis ‘Robert’ was the first Witch hazel cultivar to flower this year. 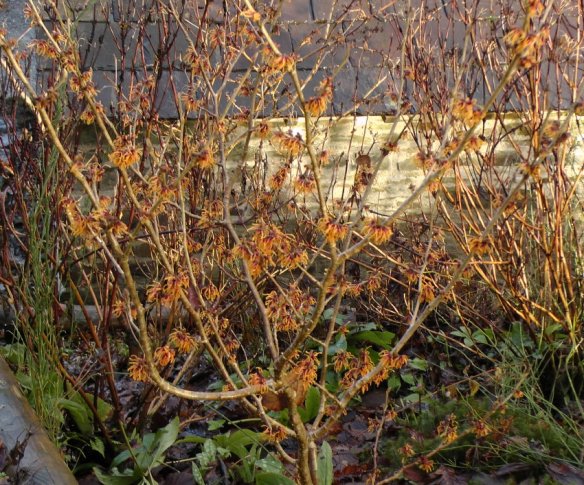 By the end of December, there were more than 20 snowdrop cultivars with flowers ready to open, so a Christmas table guest pairing of Galanthus ‘Mrs Macnamara’ and Daphne bholua ‘Jacqueline Postill’ seemed appropriate, both wonderfully elegant mid-winter flowers. 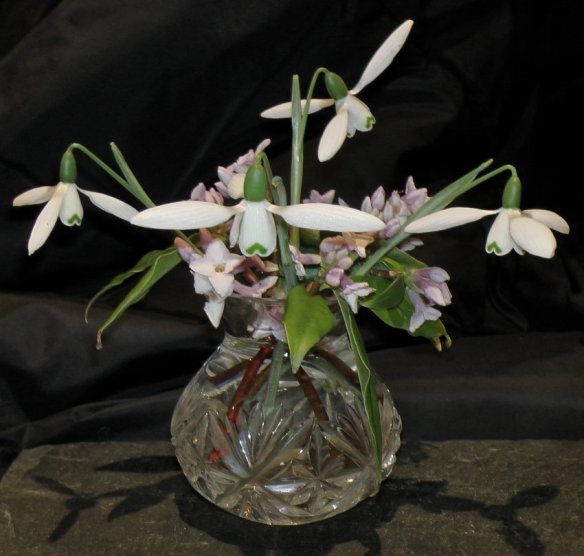 That very few snowdrop flowers actually opened outside, before beginning to decay in the constant wet, was due to the lack of any direct warming sunshine light, rather than really low temperatures. So fingers were sometimes necessary to have a peep at markings. 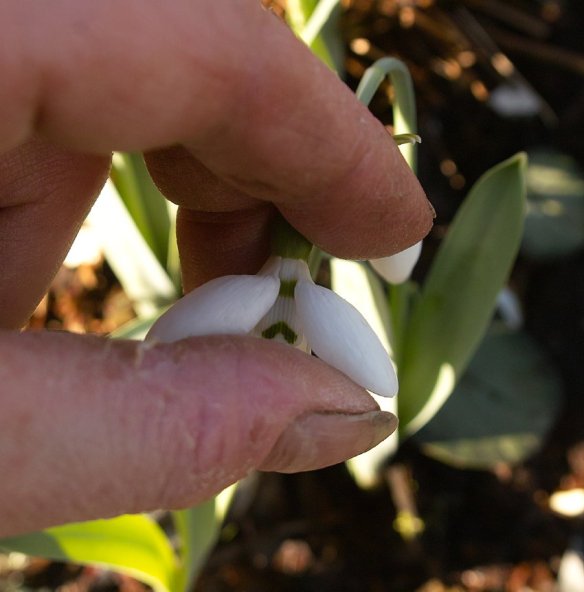 Throughout the month we continued to exist with no internet connection, and frequently no mobile reception either, so we began the New Year with expectations that things could only get better. 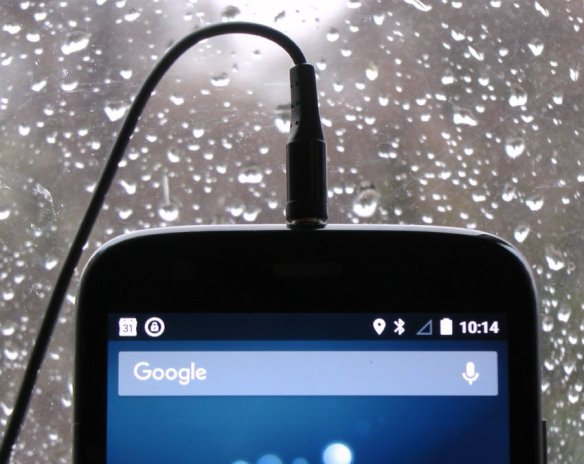 And indeed there were occasional bright spots, like this Christmas eve rainbow. 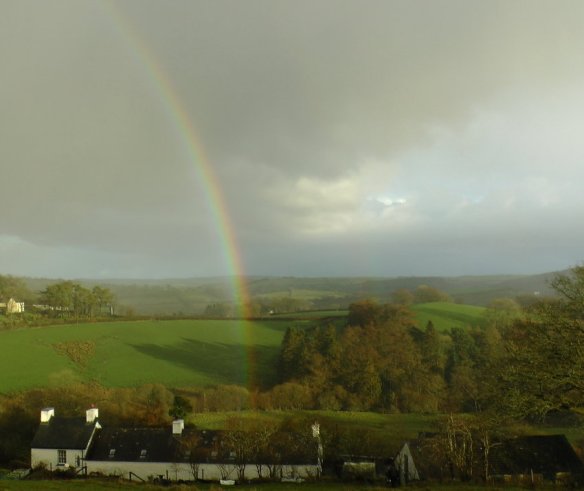 and a shimmering silver moon behind the heat of a chimney cowl. 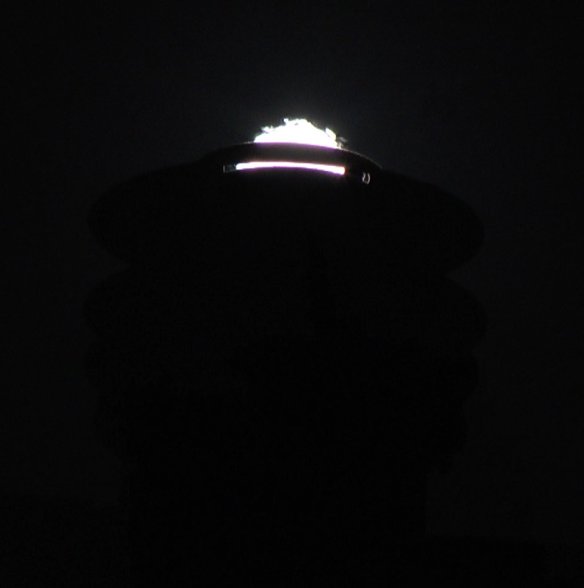 and a golden yellow moon rising just before midnight, to usher in the New Year. 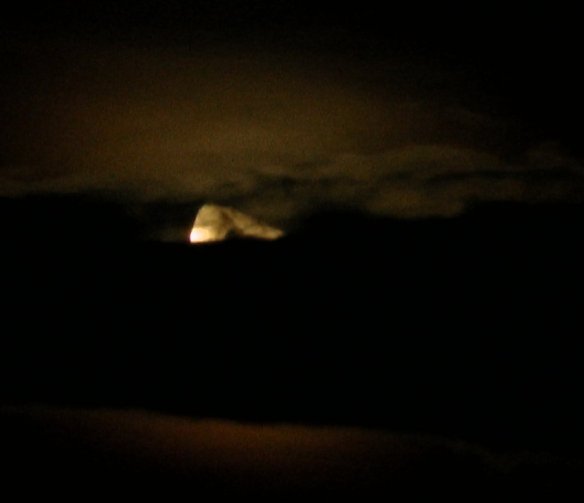 The wonderful, though rare, early morning suffused golden dawn light was a magical treat to experience as a lift to the spirits. 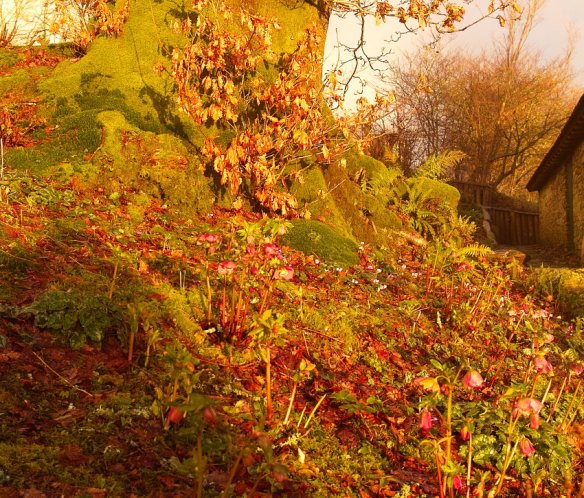 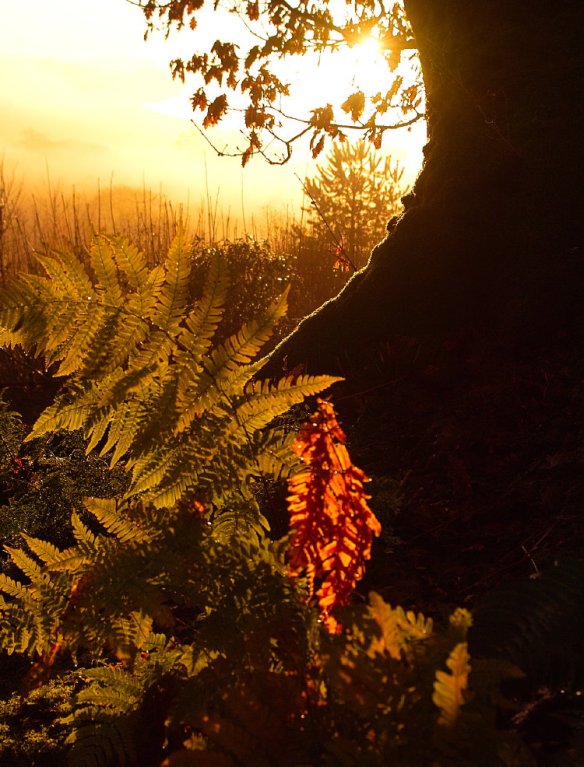 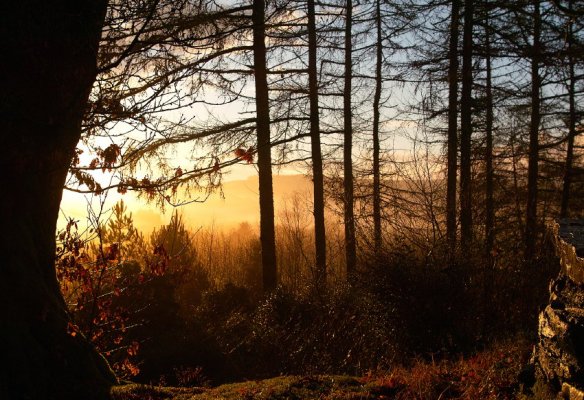 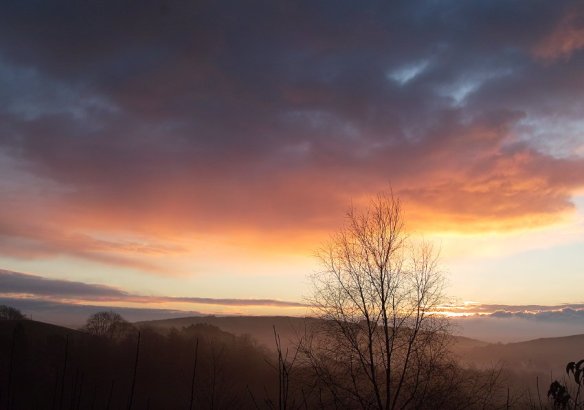 The eventual annual rainfall for 2015 was 2,105.8 mm, with, as mentioned above a massive record of 534.5 mm falling in December, thus making it the wettest year in our time at Gelli Uchaf. However, as always seems to be the case, the light levels averaged over the year seemed remarkably consistent – it was just strongly skewed to the early spring months. 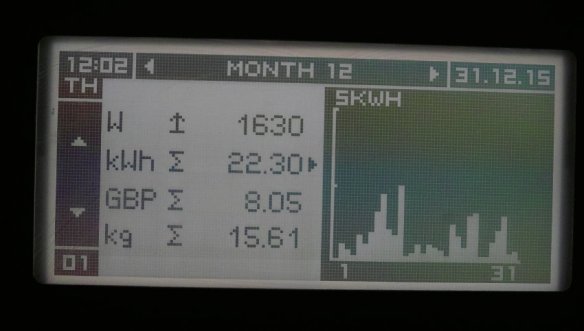 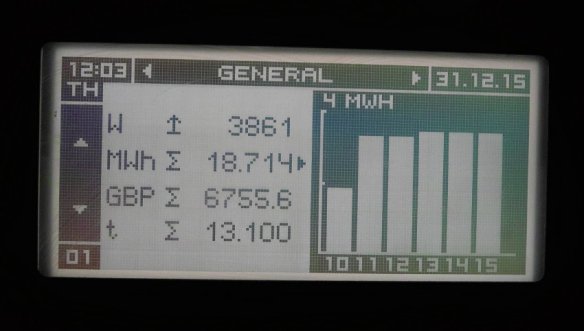