February 2016, I’m sorry to record, began by following on with the pattern of weather for the whole of the winter since early November 2015 – generally grey, quite mild initially, and with some rain. Apparently, for future reference, this was at least in part because of an extremely severe El Nino event on the other side of the globe.

By early February there had only been 2 or 3 days with any frost during the whole of this winter, and over the same 3 month period we’d had only three 24 hour periods with no precipitation at all, which has made any normal winter gardening work extremely taxing because of conditions underfoot. 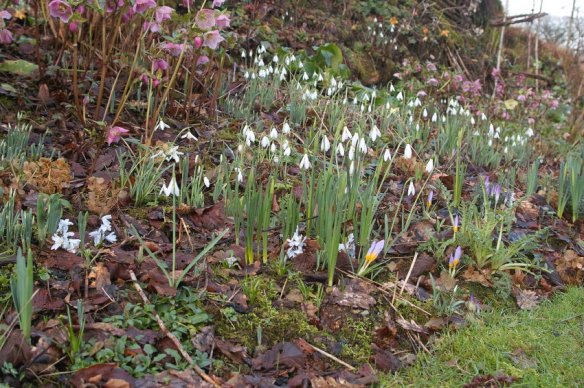 It’s also meant a huge problem with slug numbers in the mild wet conditions, which can be particular devastating to Iris reticulata and Scilla mischtschenkoana flowers and leaves – 8 slugs obvious in just the small area below, and at a time of year when many slug predators are inactive.

Snowdrops and Cyclamen coum continue to delight under these conditions, and really lift the spirits, but opportunities to hand pollinate them were very limited until the end of the month because of the near constant wet. 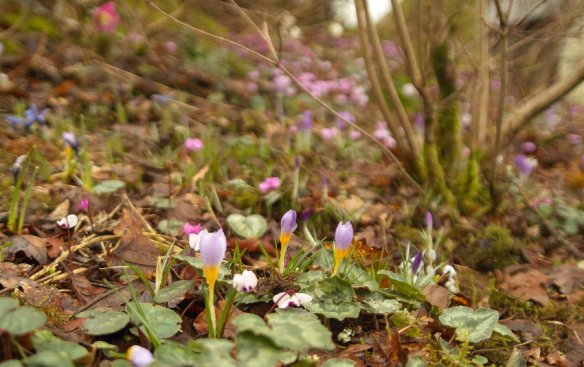 Every year more Crocus and Cyclamen are flowering as a result of my previous years of early season hand pollination. In a range of colours more diverse than the original cultivars, this success encourages me to keep doing this artificial pollination, before I spot the first bumblebees towards the end of the month (which anyway will only visit the Crocus flowers).

My hope is that this process is creating more of a population of early blooming clones in time, which is hugely satisfying since any flowers actually opening, or even just pushing through the ground, and hanging on for sunshine and warmth to open, are such a boost at this time of the year.

There were though, plenty of tiny flies around in the early snowdrops this year, in spite of the rain, which may well be having a minor role in pollinating them successfully. 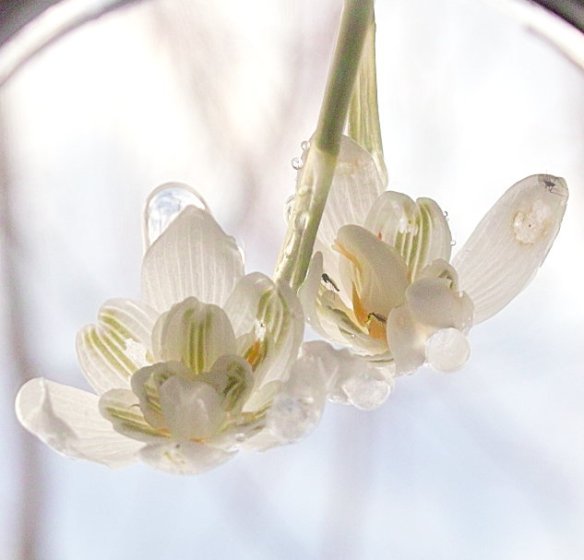 Surprise confirmation came early in the month, that following a visit from David and Mark from the BBC, researching possible suitable spring bulb gardens on January 28th, the BBC2 Gardener’s World team were going to visit us for filming, on Wednesday February 10th.

This was a full 9 days before we planned to open for the NGS, 2 days after storm Imogen hit, and after a winter in which 1,284 litres of water had fallen onto every square metre of the garden since November 2nd – the most prolonged wet spell ever experienced up here. That’s a single litre bottle below. 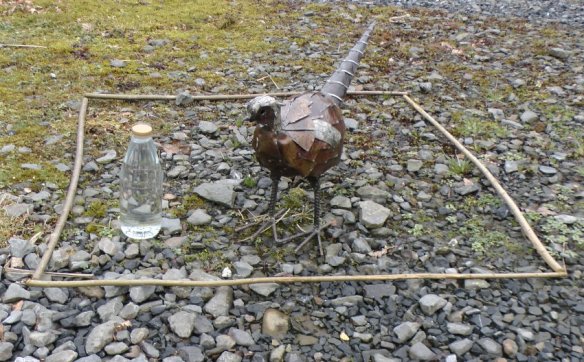 But what a challenge and opportunity, for our little Welsh hillside garden to have a little limelight, as a change from the more usual wintry sunrises.

In the end, the filming took place over 3 days, not 1, and the crew experienced the whole gamut of Welsh weather – snow, hail, rain, sun, hard frost.

So, very appropriate to demonstrate what our eclectic mix of late winter and spring bulbs, and the well wrapped up and delightful filming crew, of Gary, Mark, Sam and Natalie, with Carol Klein fronting the show, have to cope with.

An unfortunate episode of vertigo a couple of days later affected my mobility and opportunities for low level photography for a fortnight.

Which explains, in part, along with the lack of decent sunshine, the relatively poor number of bright spring flower images included this month.

However, for some nice scenes from early in the month, click here for the BBC2 Gardener’s World programme link.

A week later, and another amazing special ice spike/vase grew overnight in our Bristol blue bowl, and by the end of the month we at last had a sequence of a few dry days, to help the hellebores, snowdrops and early Narcissus shine. It’s been our earliest ever year for Narcissus flowering – we often struggle to have a single one open for St. David’s day on March 1st. This year we have masses. 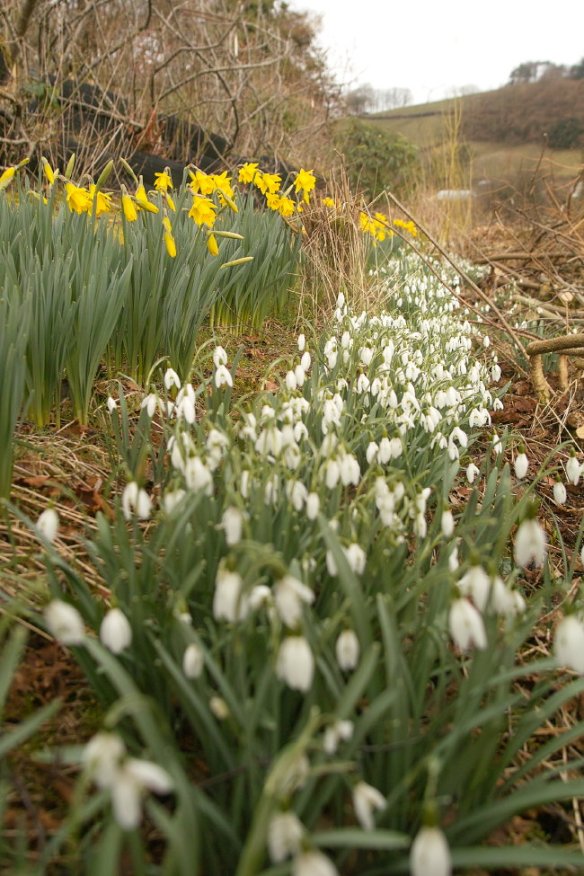 However, the drop in temperatures brought more ice, snow flurries, and a delay in progress of flower emergence and opening, around the garden. 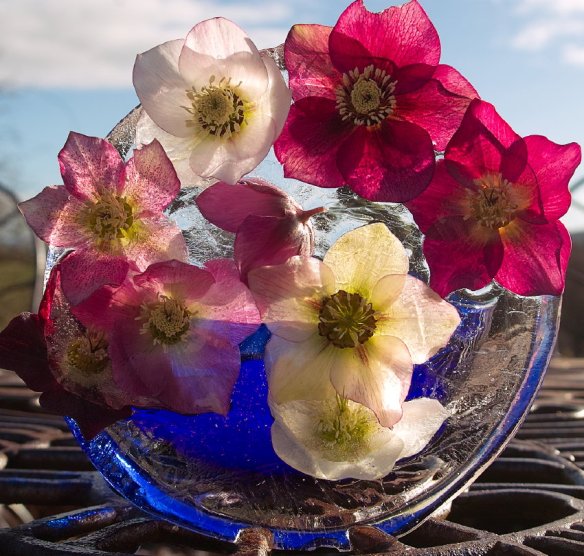 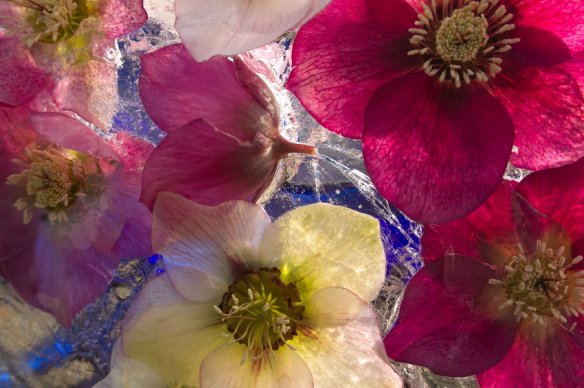 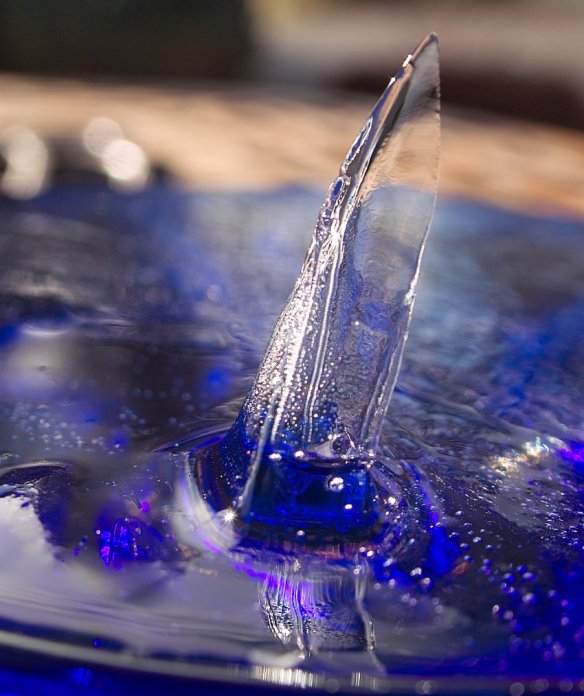 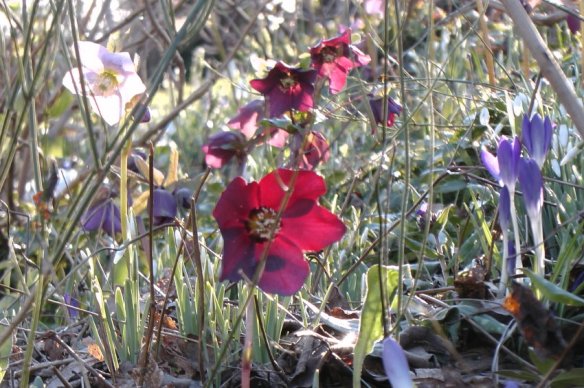 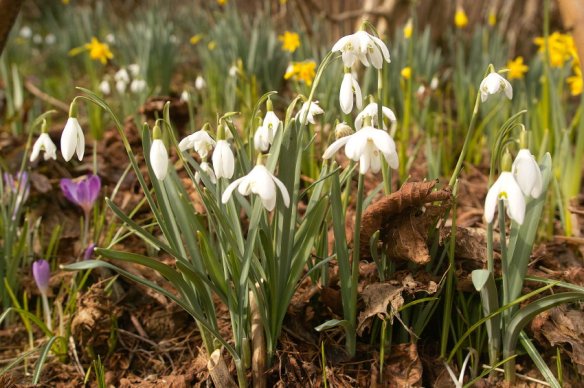 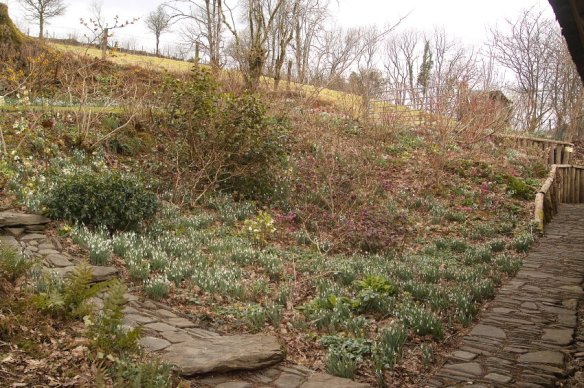 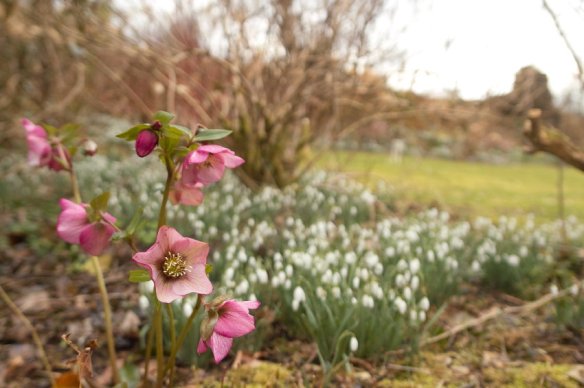 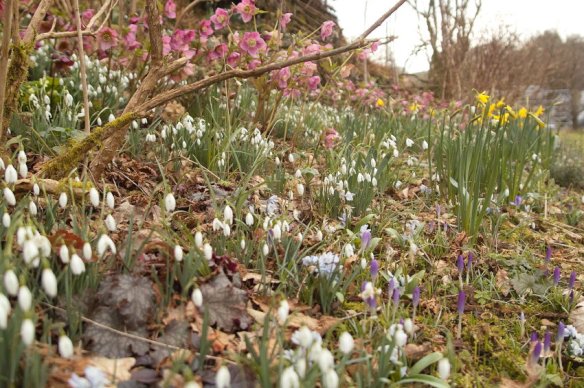 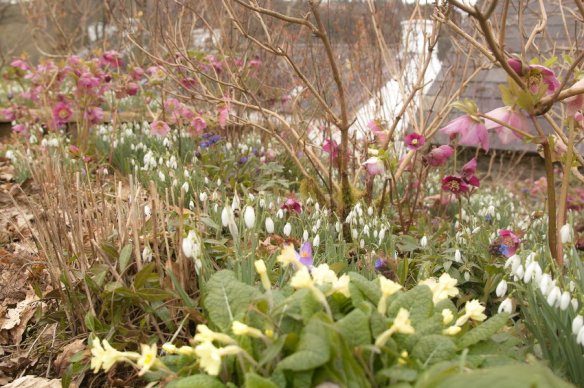 Finally, throughout the month, I’d been fortunate to be able to borrow Dave’s trail camera and tripod, so was able to capture some grainy images of otters, foxes and buzzards, all visiting our upper pond to try to eat the frogs during their annual spawning migration. 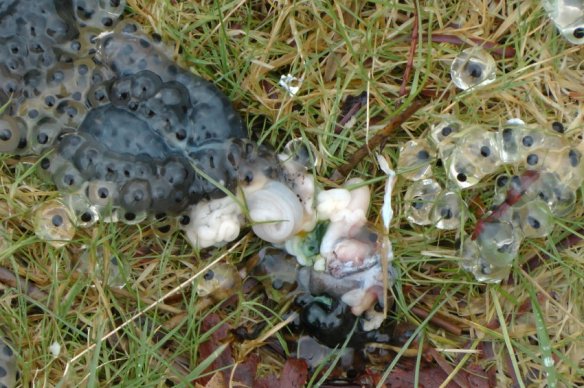 This year, the first frogs began spawning, and were attacked by otters, on February 6th – as with the daffodil flowers, much earlier than usual. 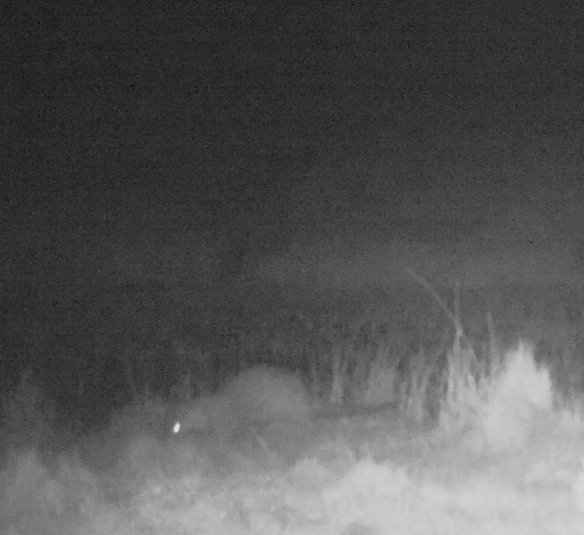 The rainfall total for the month was 193.1mm, so yet another wet winter month. I don’t seem to have taken a photo of the monthly PV record, but would estimate it as 180KWH, from the annual chart, so quite a respectable figure for a shorter, though leap year, month.