October began with a day of heavy rain, but the weather quickly shifted to an early autumnal pattern of high pressure, dry days, Easterly winds, and much sunshine.

In conditions like this West is often best, with fabulous sunrises, and the chance to do a lot outside.

After recent mild winters, it was a shock to get a light frost as early as October 9th.

This year, so many settled days meant us finally managing to get wire strained on posts we whacked in during the spring, to subdivide our lower wet meadows into 3 separate fields for the first time in our 22 year tenure. This will make management much easier, both of the land, and of our sheep. We’d hoped to get contractors in to do this, but as a sign of the times, this wasn’t easy, so we ended up getting on with it ourselves.

Within the garden, autumn leaf colours and asters were all having a good year early in the month, with the lack of rain, and light to appreciate them. 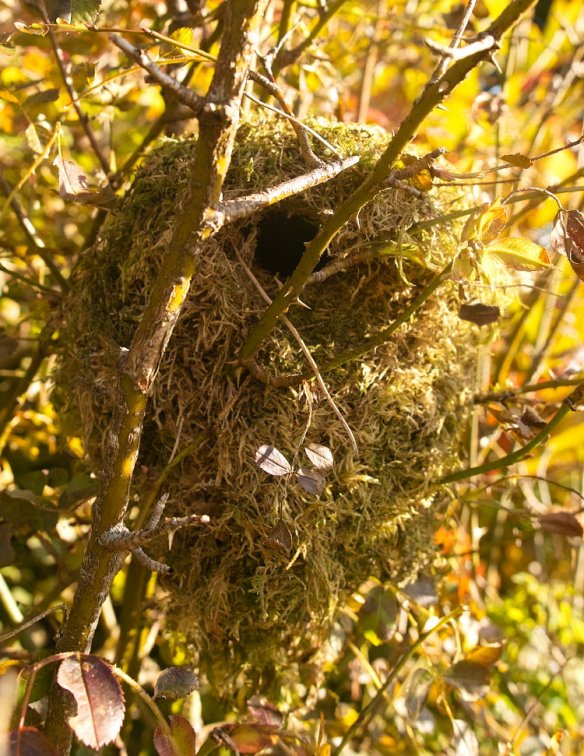 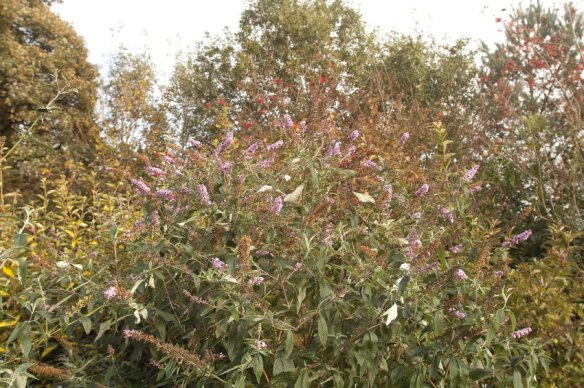 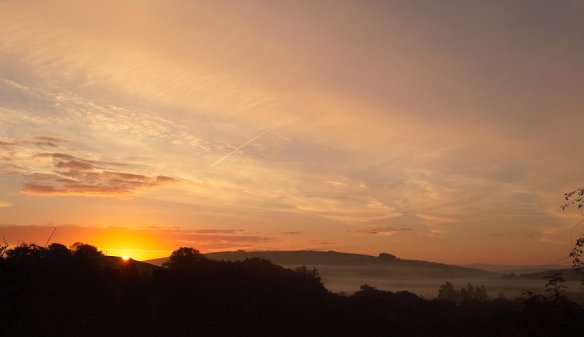 5 days of rain and strong winds mid-month, gave way to a return of high pressure, and more sunshine. This combination, with a few cool days, and not too much wind, resulted in the best development of autumnal leaf colour for many years – and the leaves then stayed on many plants for longer than usual. As always at this time of the year, the Saxifraga fortunei in the copse, a Japanese native, excelled and for the first time, attracted in a few honeybees towards the end of the month to collect the bright red pollen. 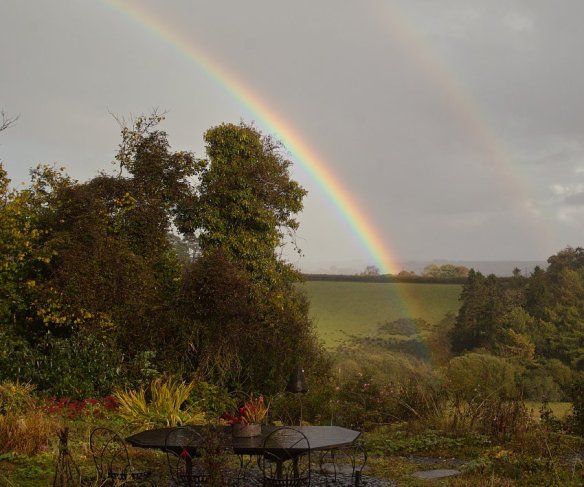 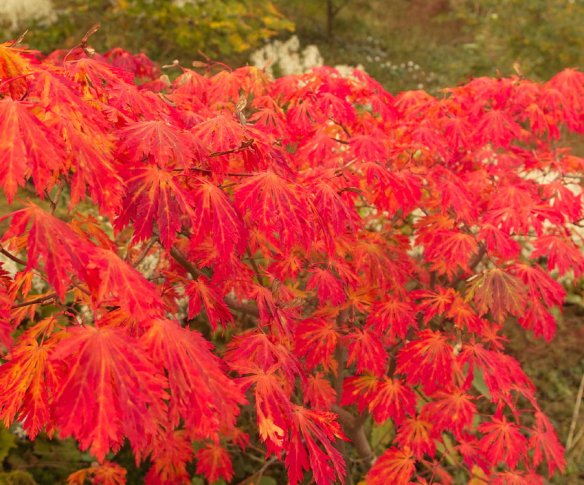 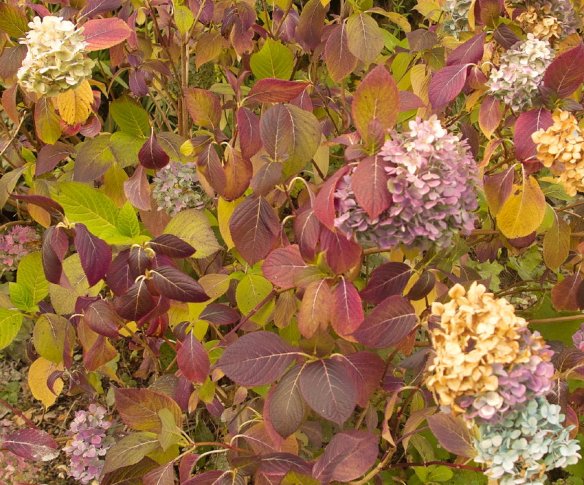 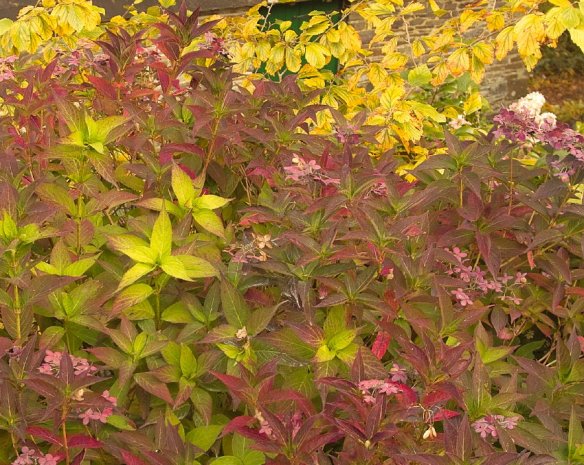 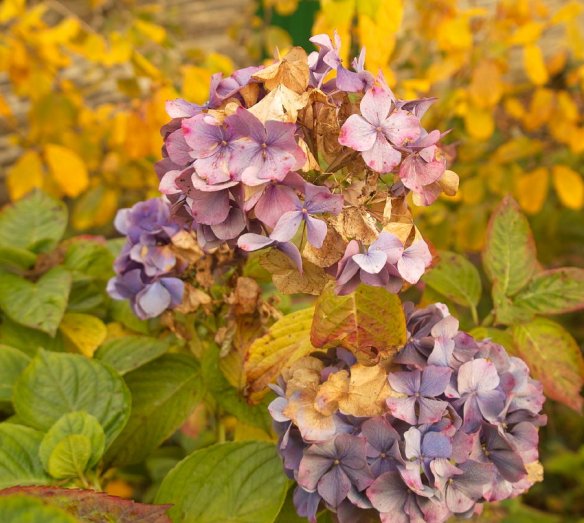 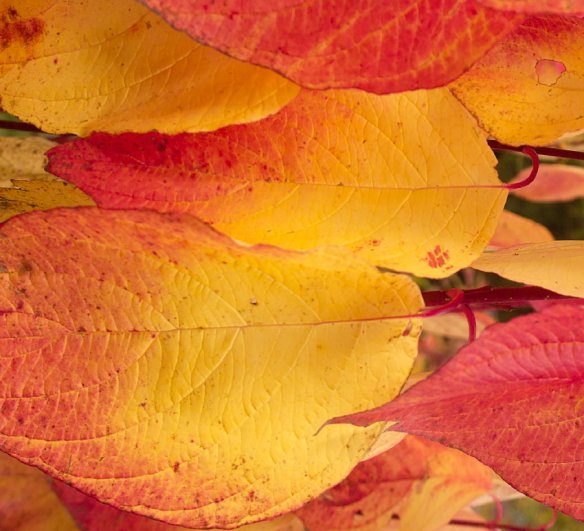 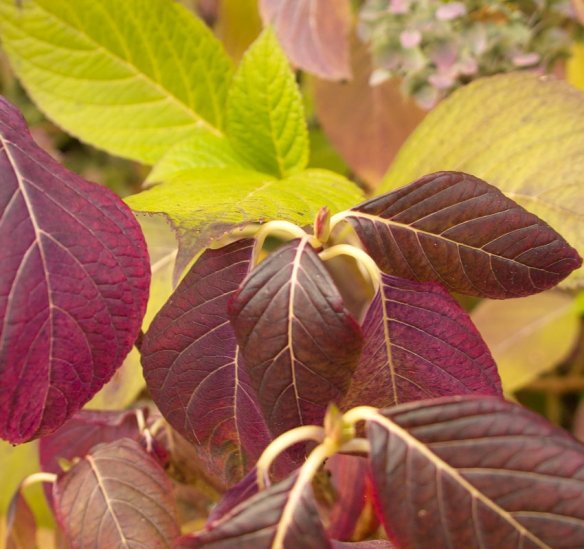 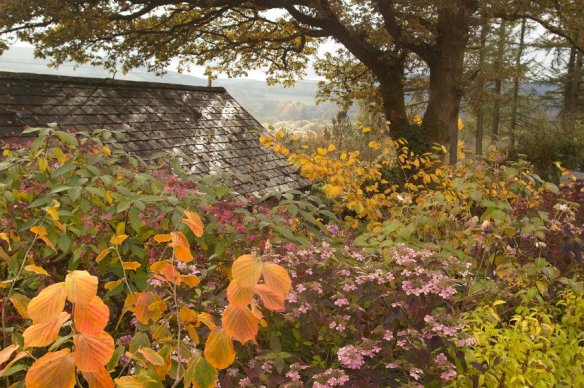 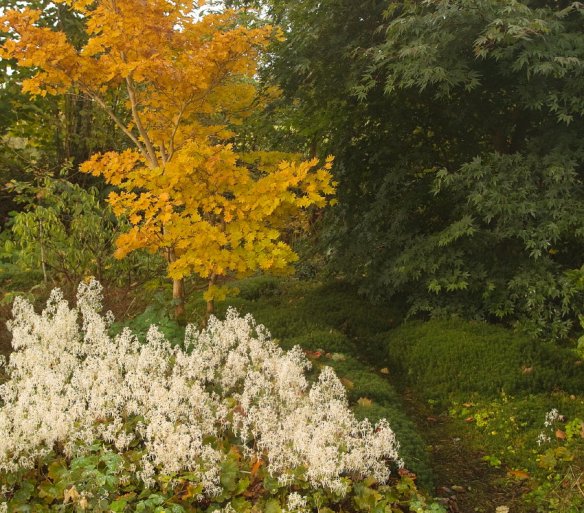 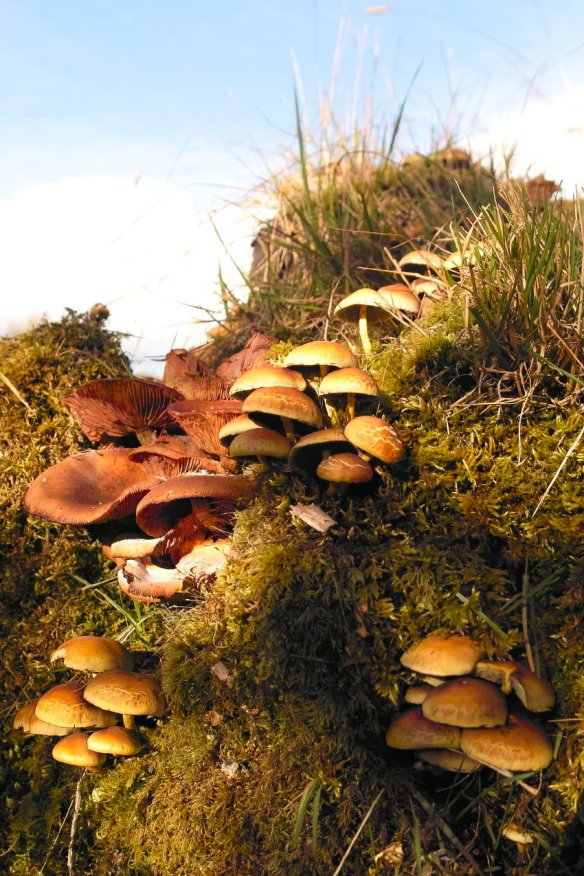 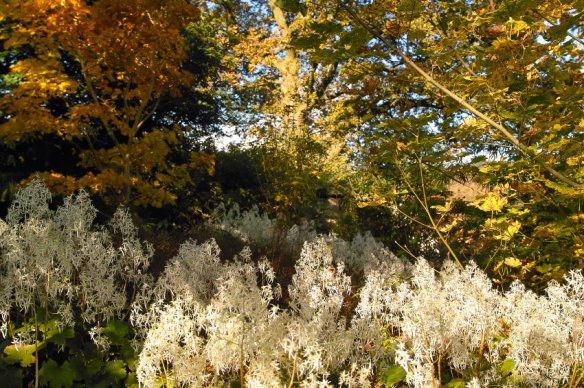 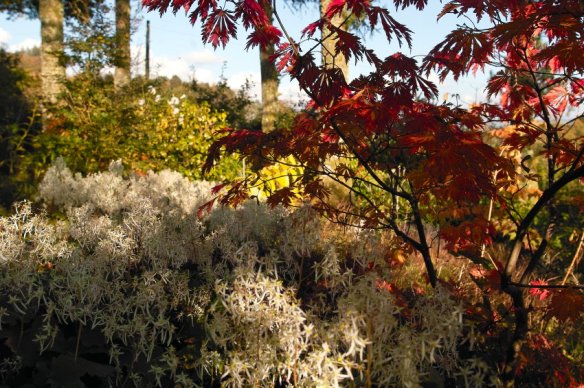 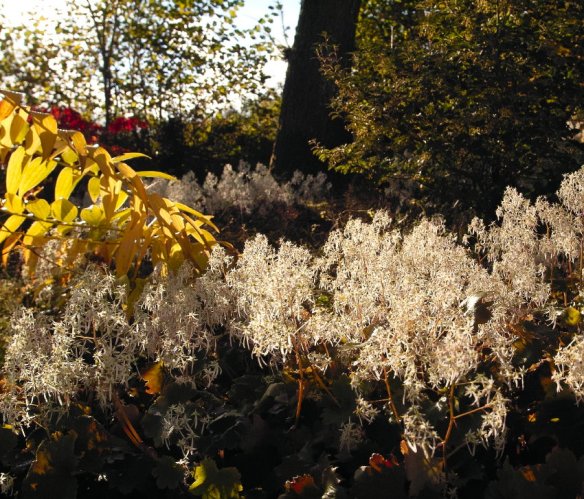 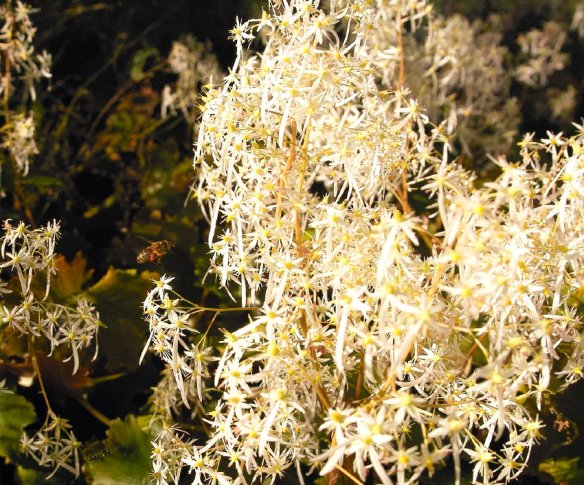 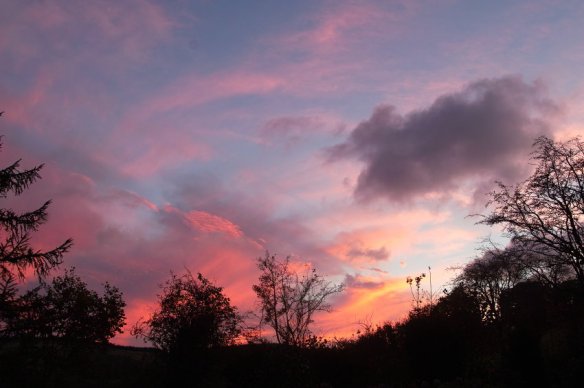 The appearance of the first snowdrop of the new season, on the 26th of the month, always creates a sense of excitement and anticipation for the months ahead.

The end of the month showed just 71.8 mm of rain, even lower than last year’s low 115 mm, and what many commentators have rated as the best ever autumn for leaf colour in the UK, has certainly been matched in these part of West Wales, extending into November as winds have stayed generally light. PV readings were also higher than last year – one of the few months of 2016, when this has happened. 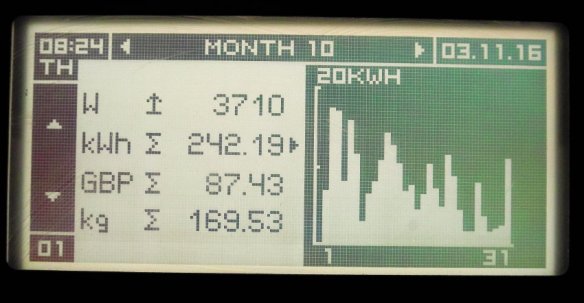 But I hesitate to make any comments about the prospect for a drier than average year overall, after the horrendous wet of last November and December, particularly since I’d very rashly said at the end of October 2015, that the year was looking like being one of the driest we’d experienced.