Early June began with a couple of warm sunny days which brought out lots of insects – Damselflies, Speckled wood, Pararge aegeria, and Wall brown, Lasiommata megera,   butterflies, and even a Red-necked Footman moth, Atolmis rubricollis, the last two Lepidoptera being ones we don’t see every year.

Before winds picked up and there was a 10 day spell of very wet weather, including the highest single 24 hour rainfall total I’ve ever recorded here, on June 6th, of 74.5 mm. The stream was transformed into a raging muddy torrent.

All this rain falling onto very dry ground wasn’t too disastrous, and alleviated any worries about water shortages this summer, as well as giving the grass in the fields a boost, and freshening up the garden. 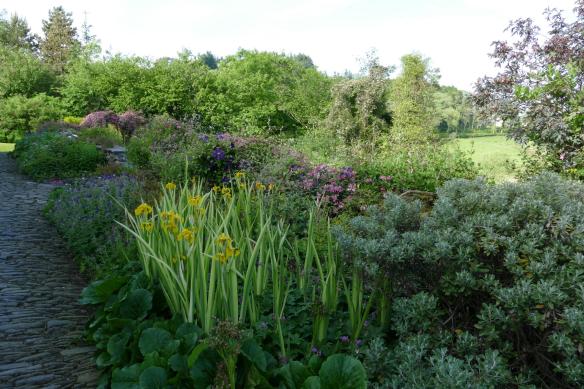 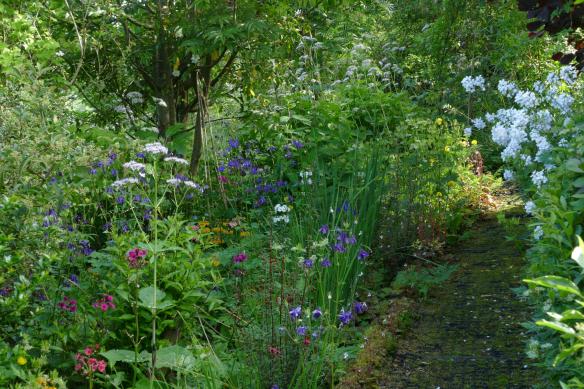 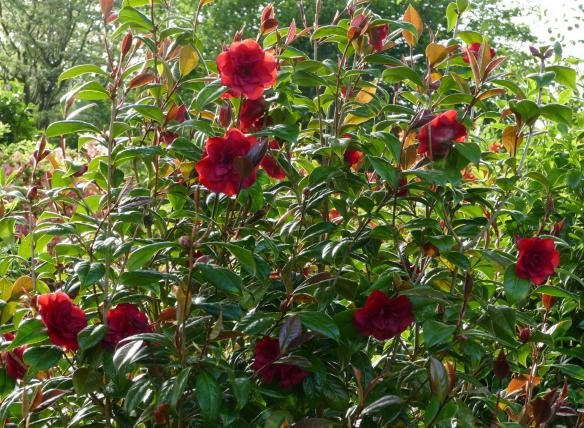 The remarkable, and our favourite Camellia, rich red C. “Les Jury” above, was still looking lovely in June, months after it began flowering. 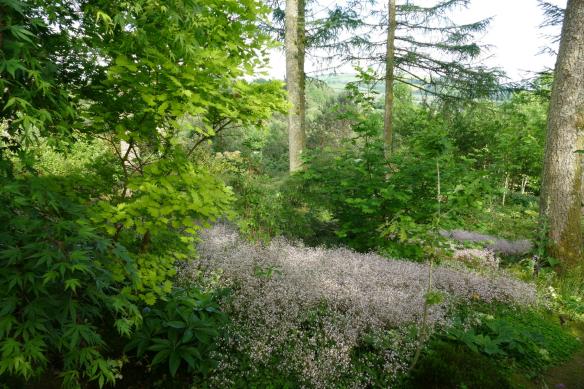 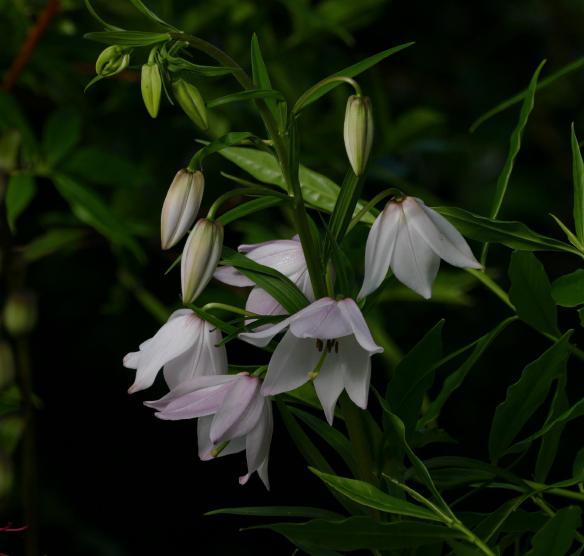 Our favourite lily, L. mackliniae, above. Lovely flowers which, even without scent, are a delight. My pots of home grown seedlings are due to be planted out this autumn. 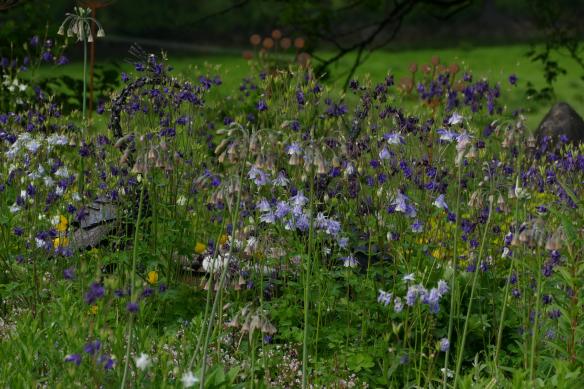 This June, the Aquilegia flowers were tailing off by early June, a little earlier than normal.

Our meadows changed again this year, with apparent suppression of both Creeping buttercup, Ranunculus repens, and Greater Birds-foot-trefoil, Lotus pedunculatus, in our top hay meadow, perhaps by the now ubiquitous Yellow rattle, Rhinanthus minor. In this field, the orchid flower count of Heath spotted orchids, Dactylorhiza maculata, has jumped from 1,1, 2, in the previous years to 14 for 2017. These are a real delight for this galanthophile blogger, used to focusing on tiny floral differences, since every flower spike is different, in size and shape, and the individual flowers are just as variable. 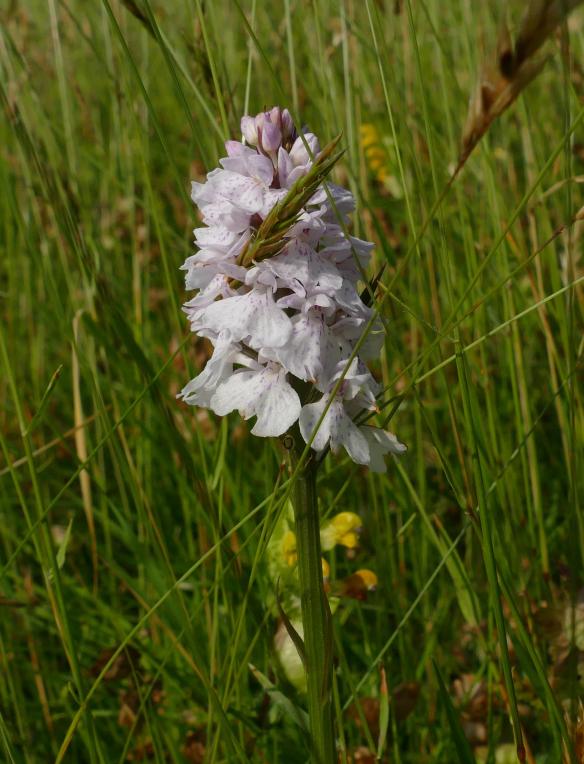 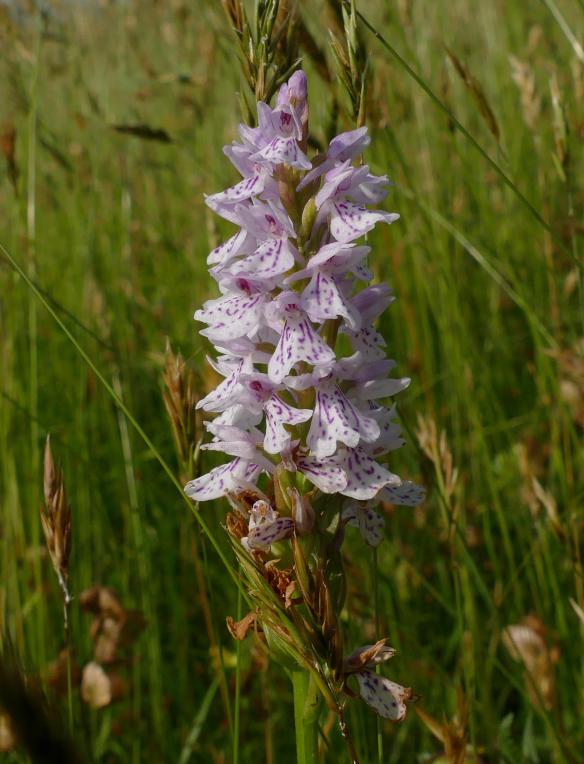 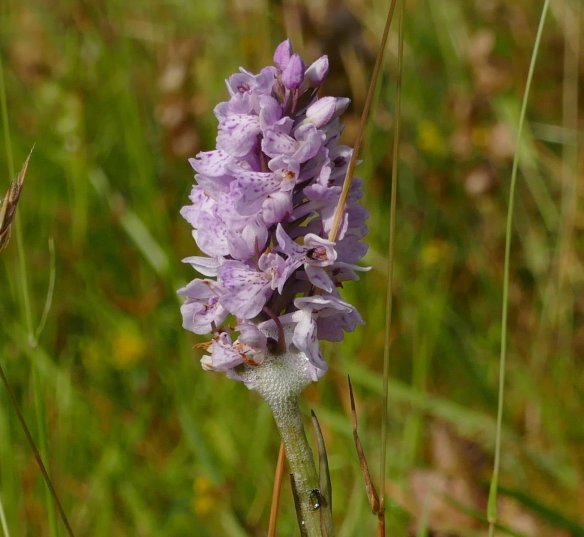 In our wet meadow Ragged robin, Lychnis flos-cuculi, has proliferated and produced a lovely display throughout the month, to the delight of many insects – flies, moths, bumblebees and butterflies.

The warm weather, occasional days of sunshine in the first half of the month, and my newish camera allowed me to record with more accuracy the range of damselflies and dragonflies which frequent the upper pond. 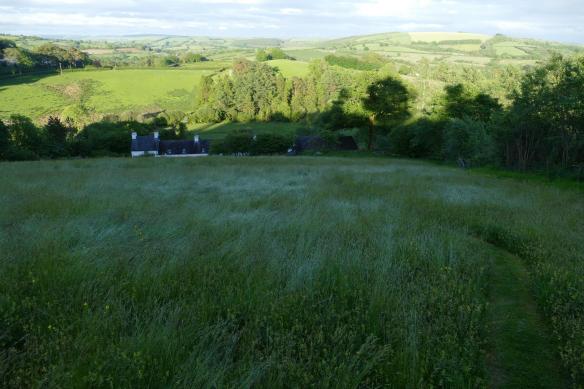 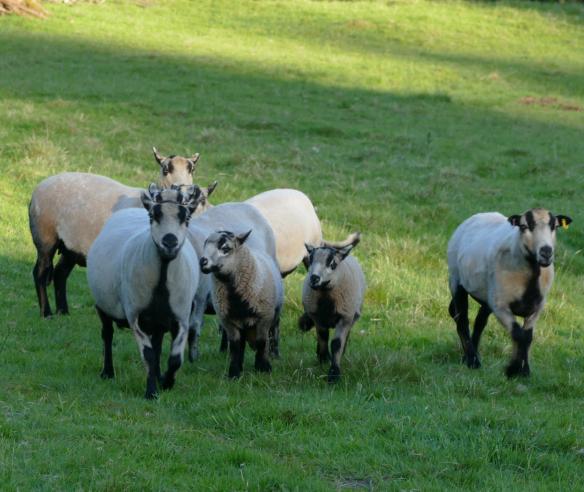 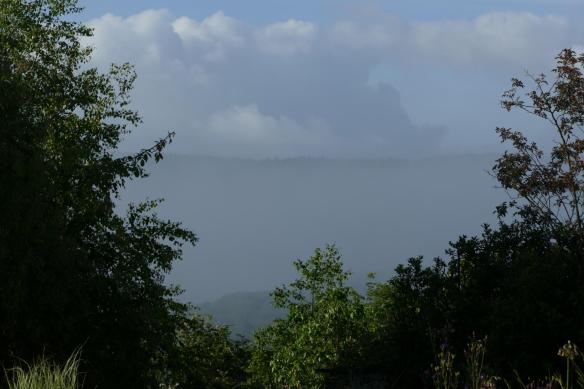 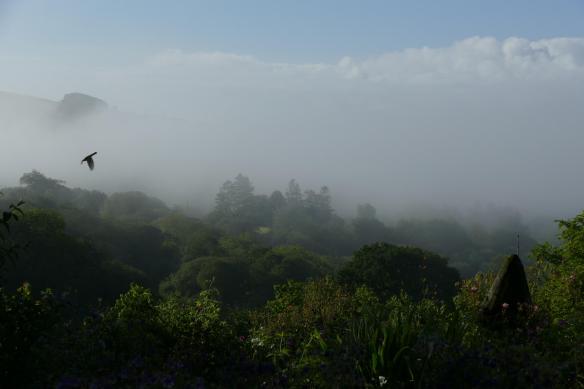 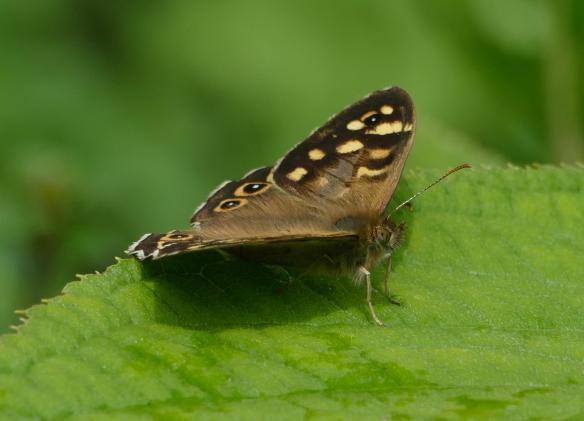 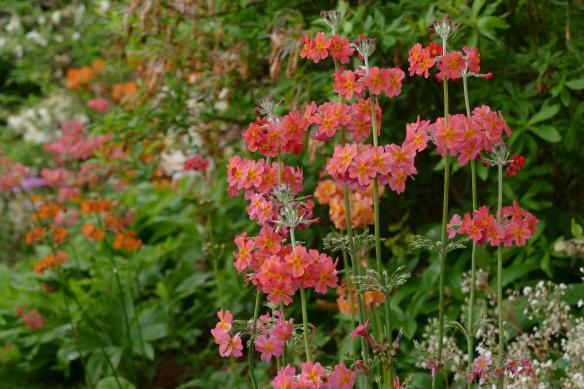 Every couple of years we smell, and eventually track down, a Stinkhorn fungus, Phallus impudicus var. impudicus, in our copse. Very aptly named, since they smell like a rotting carcass, they are always fleeting things, since the slugs find them a delicacy.

Insect life in our more floriferous meadows is increasing every year. 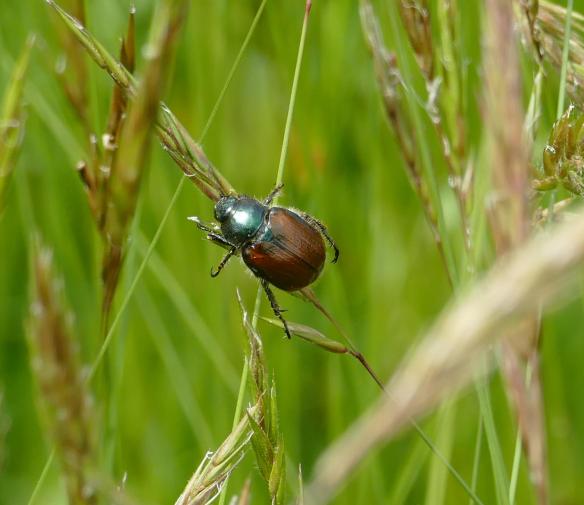 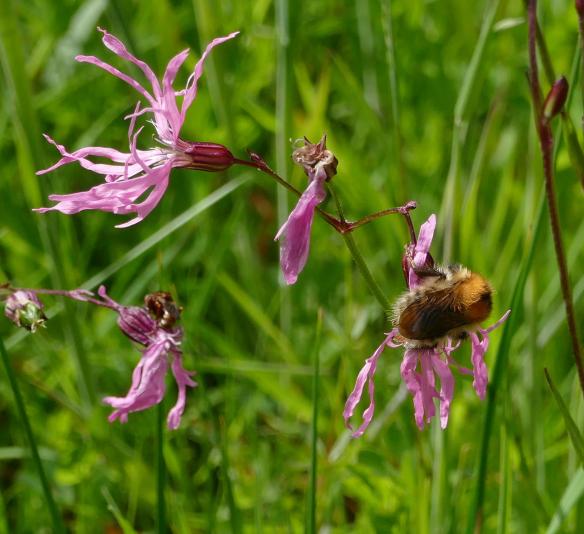 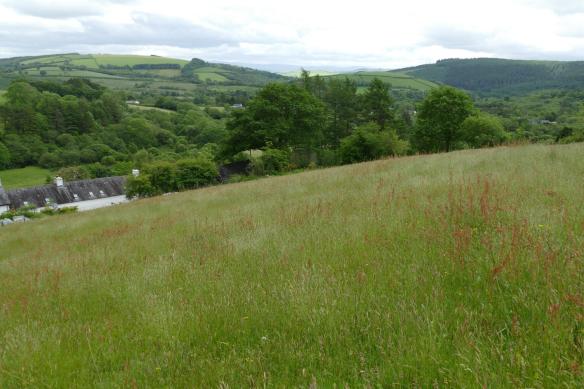 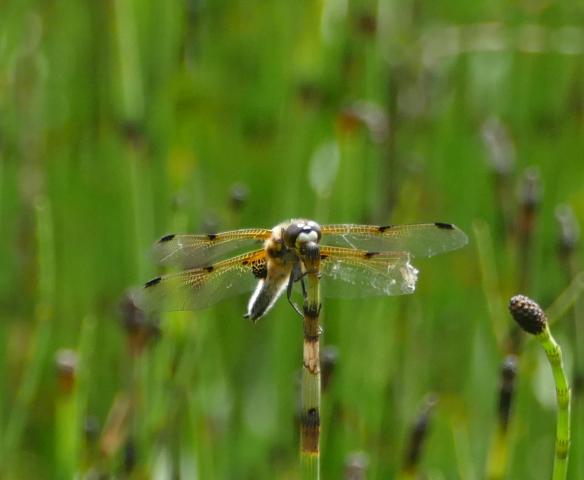 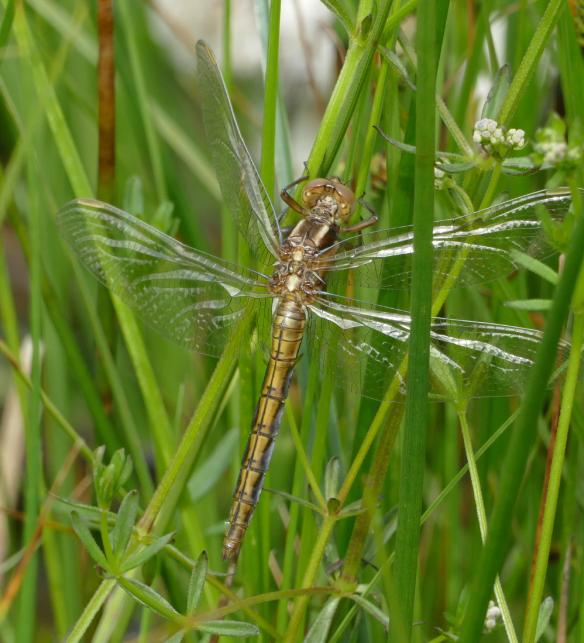 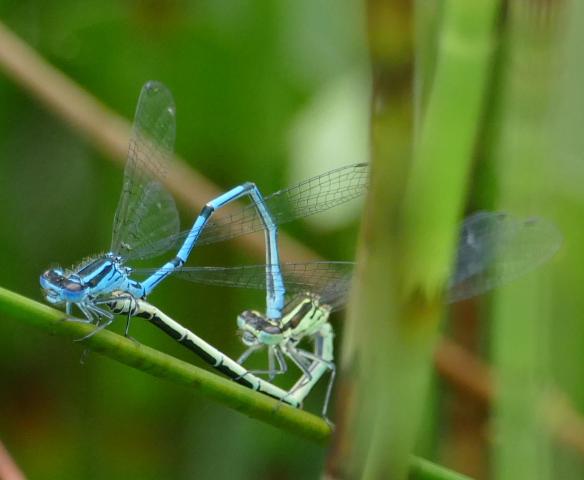 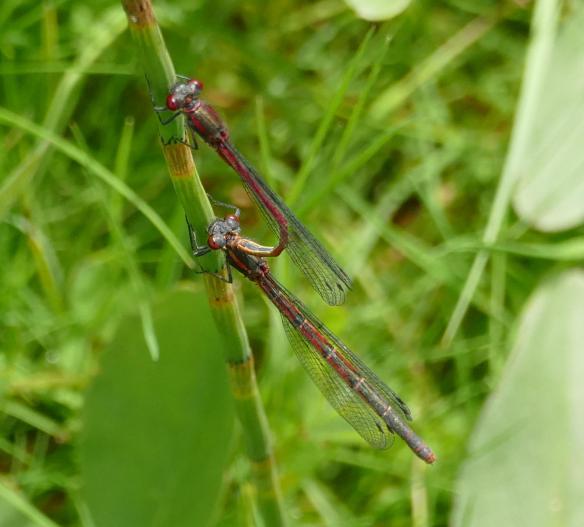 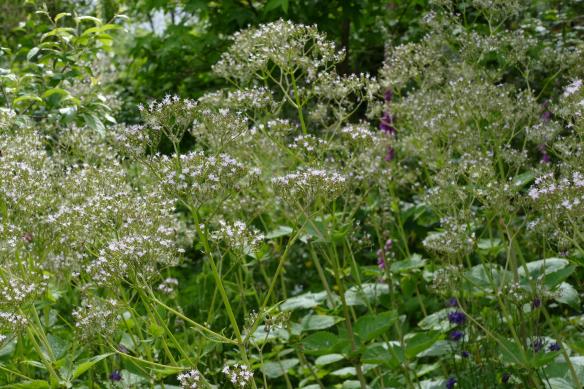 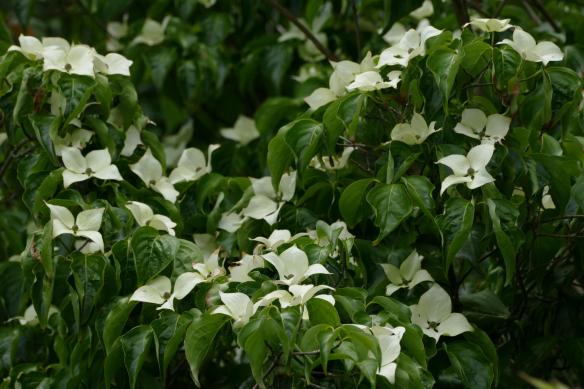 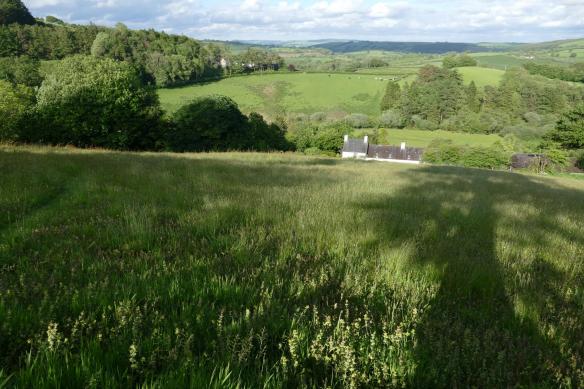 Around June 16th, the rain stopped, the temperatures rose, and we then enjoyed one of the hottest and most humid periods here for years. Plenty of sunshine too, allowed an intensive burst of haymaking, meaning the stocks are already nearly adequate for the winter, though we still have much to remove or graze off, once seeds have set. After 6 days, temperatures dropped dramatically, and the month fizzled our under some of the greyest skies with drizzle and mizzle, building up to opening the garden and meadows for National meadows day on July 1st.

The PV inverter reading for the month was lower than April or May, at just 371.81 KWH, and indeed one of the poorest for June since we had the system installed  in 2010. Rainfall totals at 187.2 mm for the month were high, but by no means exceptional, after that very heavy rainfall early in the month.