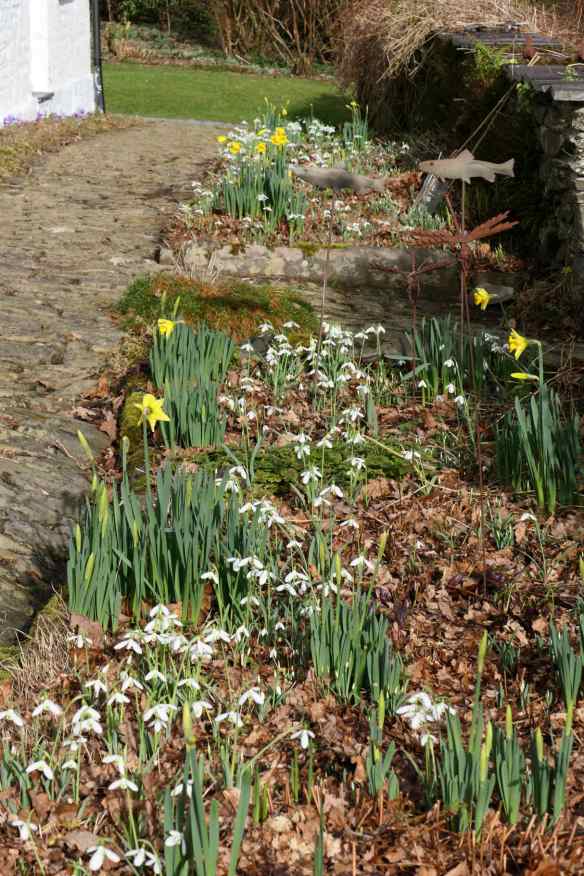 February 2022 began with over 200 snowdrop cultivars with flowers “open” (at least according to my reference point of the flowers having dropped past 90 degrees), and a wonderful warmer sunny morning to greet our first garden visitors of the year, quick off the mark, with a visit on the very first day of the month. 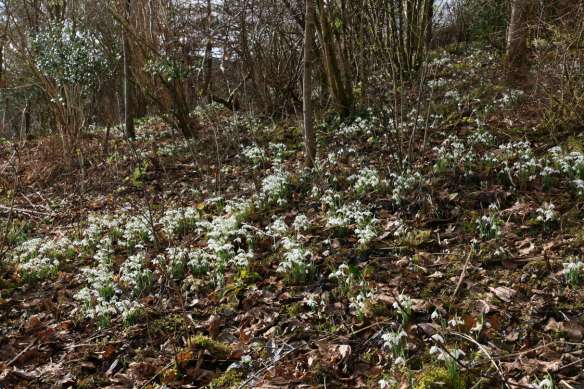 All 4 of our hives were active, and up until lunchtime, even with gusty winds blowing and temperatures only just nudging towards double figures, the garden was filled with busy honeybees, principally working snowdrops and Daphne bholua flowers. The two must have early season nectar and pollen sources for anyone with garden honeybee hives, to get them out and about foraging, in early weather windows.

The Crocus sieberi ‘Firefly’, as always had their star moment early in the month, and even managed to open their flowers on the warmer sunny morning of February 1st, which rarely happens with them.

Crocus tommasinianus, particularly along the front wall of the house, soon followed suit, and with more snowdrops and Cyclamen coum opening every day, the garden was catching up towards one of its peak spring time moments between Valentine’s day and St. David’s day. 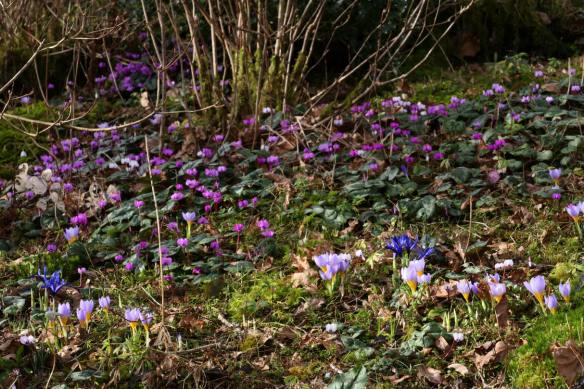 First Scilla mischtschenkoana and Iris reticulata soon emerged in the first week of the month to add a little more colour variation. Potting up of snowdrops was nearly finished by now, helped by the very limited amount of frost in January. 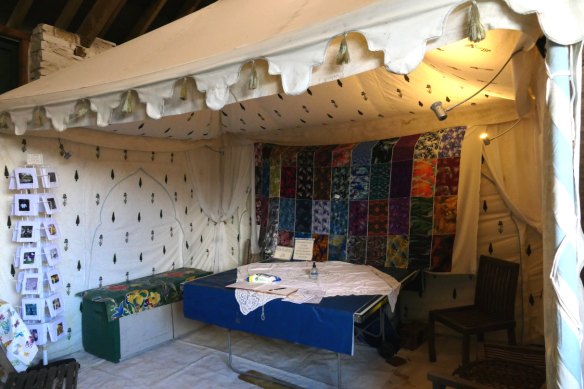 And we managed to get our new indoor refreshments area up and running just in time for February 1st.

We even managed to both sit in our hut and watch a woodcock fly down right in front of us to feed on worms in the upper meadow. 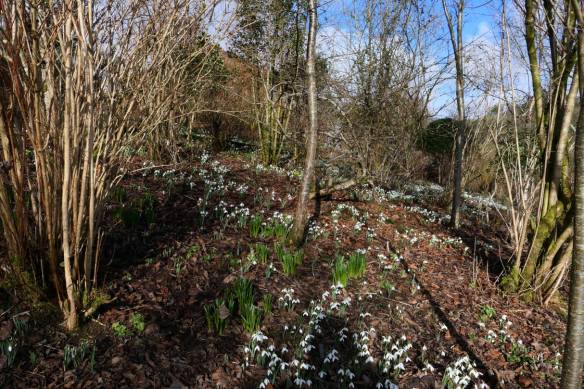 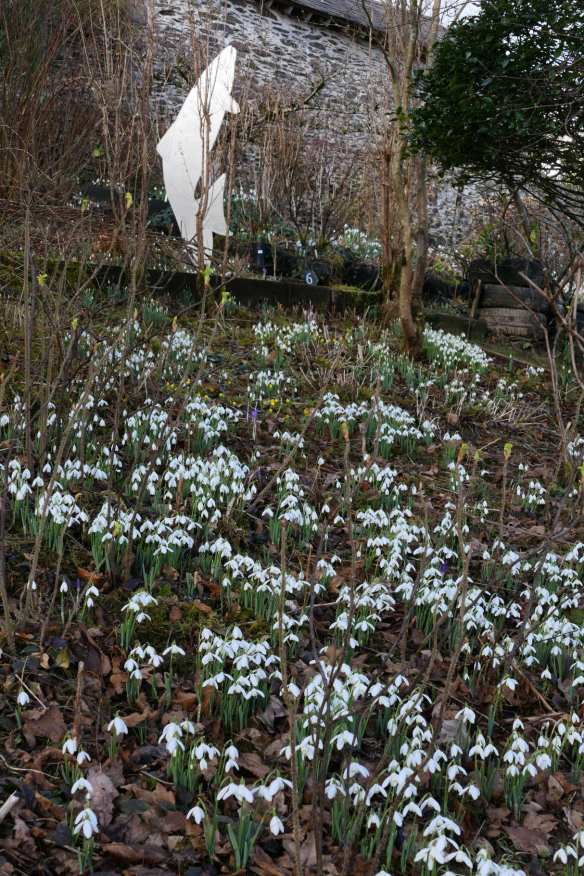 However, the next 18 days of February proved to be challenging! Rain fell on most days, with a particularly wet weekend around the 12/13th, with over 65 mm falling in 36 hours, leading into a week which saw the Met Office name 3 storms in the space of 5 days – Dudley, Eunice and Franklin. 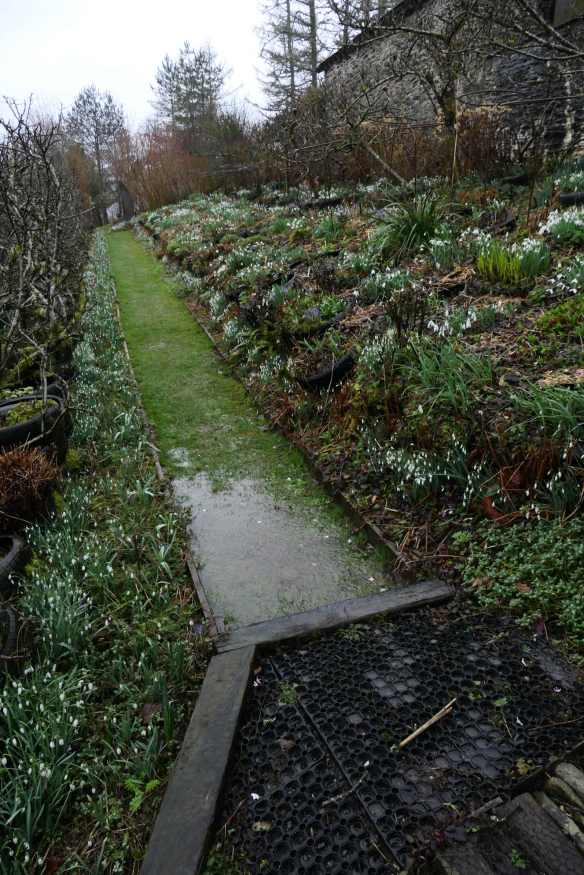 All brought significant rainfall, but the most serious aspect, particularly with storm Eunice, hitting on Friday 18th, was the wind strength. Gaps appeared in our copse beyond the stream.

A peak gust of 122 m.p.h. was recorded on the Isle of Wight, here gusts of about 130 k.p.h. brought more trees down on our land than we’ve ever recorded and the longest power outage we’ve yet experienced, of nearly 36 hours.

Thank goodness for our back up Morso stove which not only kept us warm, but also allowed us to have our customary Saturday morning cooked breakfast, after our usual 6.15 a.m. cup of tea, courtesy of me keeping the stove in overnight. Even if it was a bit gloomier than normal! Although there was a certain calm in sitting in a very quiet and dimly lit house, once night had fallen. 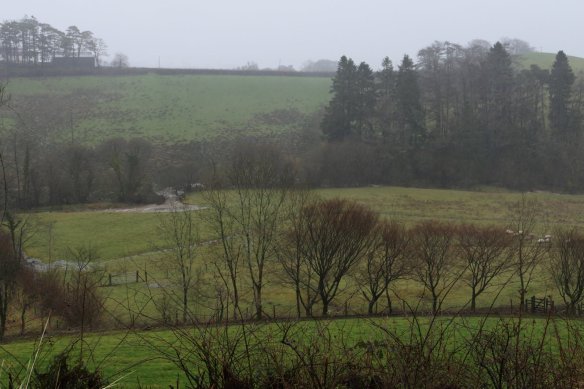 All this drama coincided with us having just had our annual cull of 2 ewes to help keep us supplied with mutton for the year, so we had a nail biting time, the day after Neal had returned to butcher them, when we wondered if the meat would be written off, with us unable to open up the freezers.

Fortunately, we had a slight frost on the 13th, followed by hail showers, which together with the strong winds, kept everything safely chilled. The extreme winds and rain sadly meant that many planned visits to look at the snowdrops had to be cancelled or postponed, but some lucky souls had picked the right time to enjoy a few brief weather windows, and all were delighted by the spring bulbs which shine, should the sun decide to appear, albeit fleetingly. 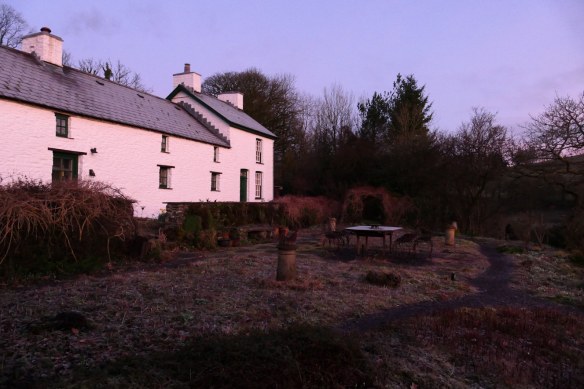 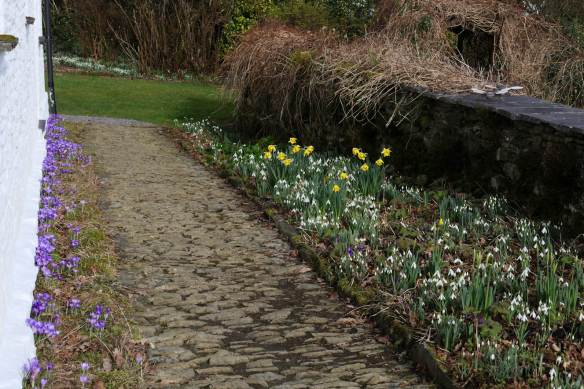 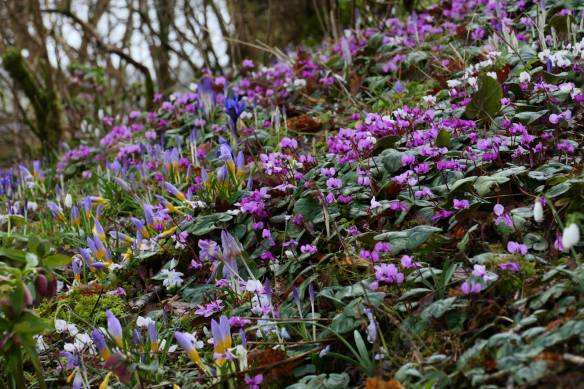 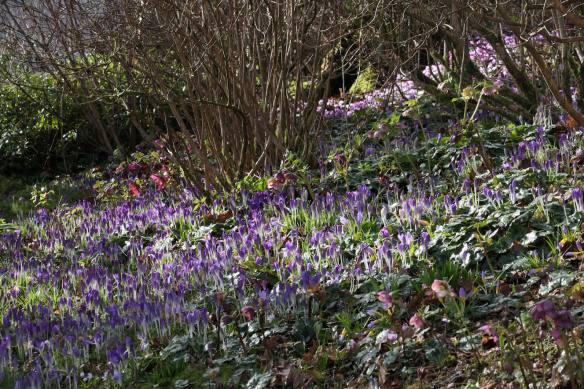 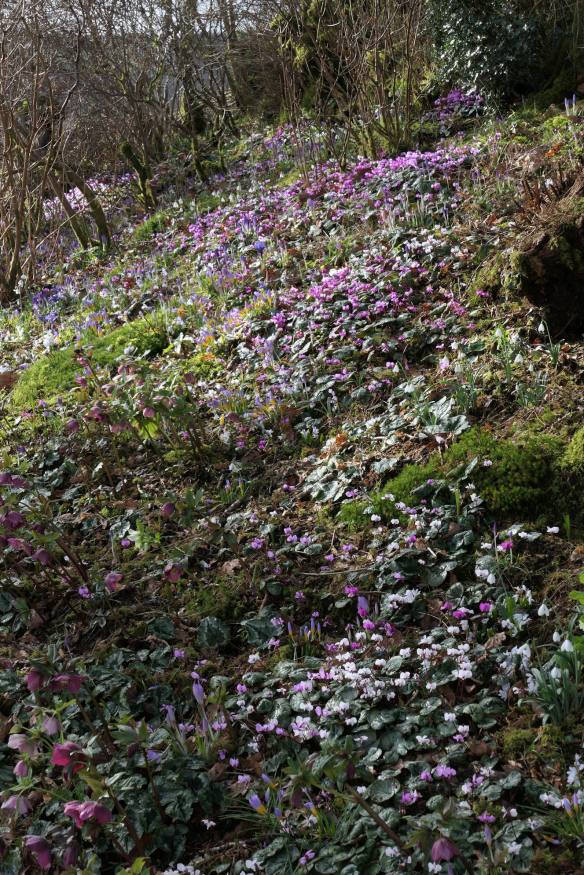 It’ll be a long slog tidying up the enormous 6 fir trees felled in our copse on the far side of the stream, but at least the garden and house escaped serious damage. 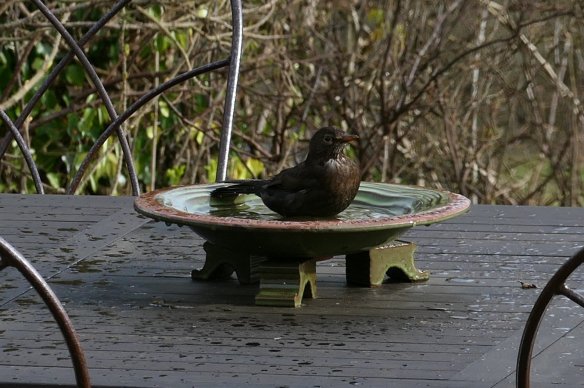 One of the more remarkable observations during this week of stormy weather, was how our honeybees, particularly from the Swedish butter churn hive, were out in numbers foraging on snowdrops, hellebores and Daphne, even in rain, gales and around mid single digit temperatures. The nectar and pollen are clearly worth the chill involbed in collecting it. 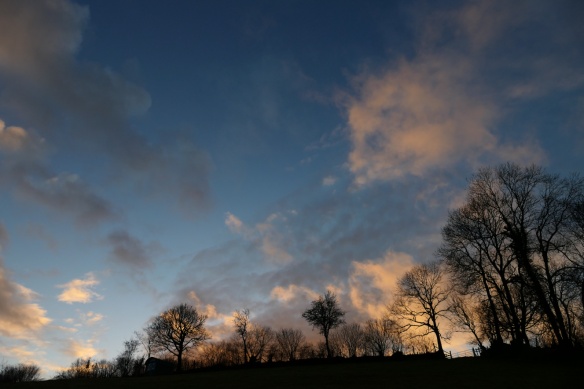 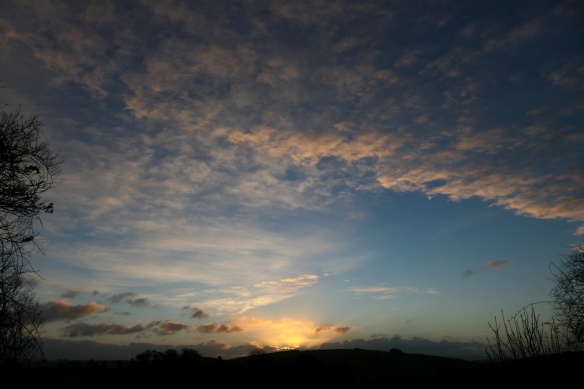 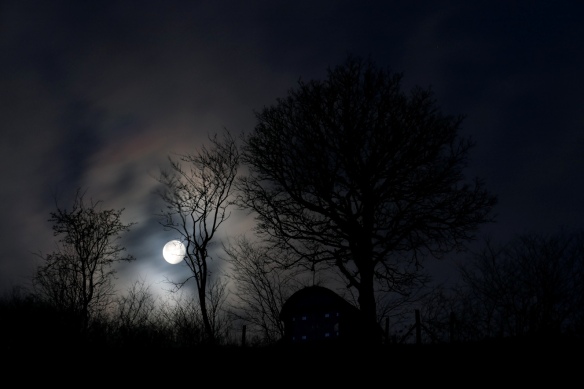 So the garden has coped amazingly well, with this latest inclement spell, and some of the dawn and dusk skyscapes were suitably dramatic for such a stormy scenario. 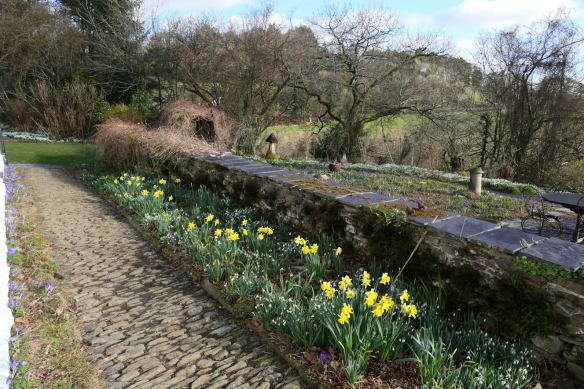 The month ended with two lovely clear, sunny days on the 26th and 27th, and our garden visitors enjoying the scene in spite of some very chilly winds. 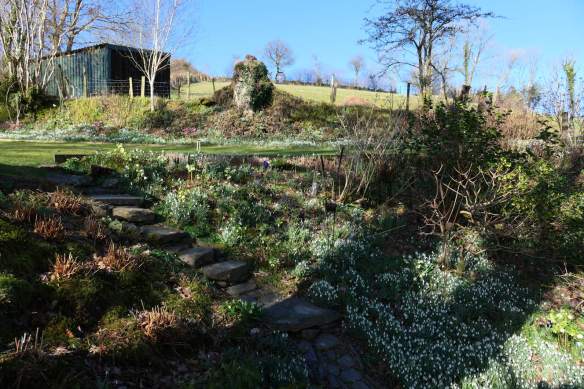 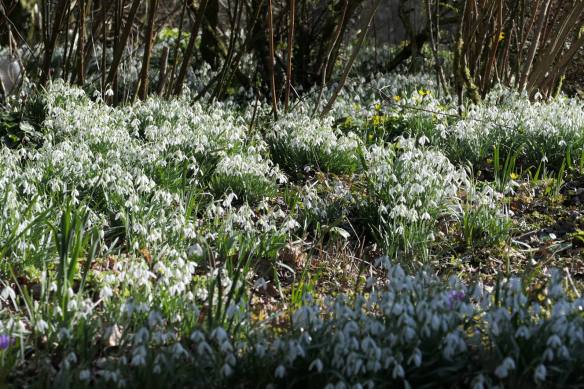 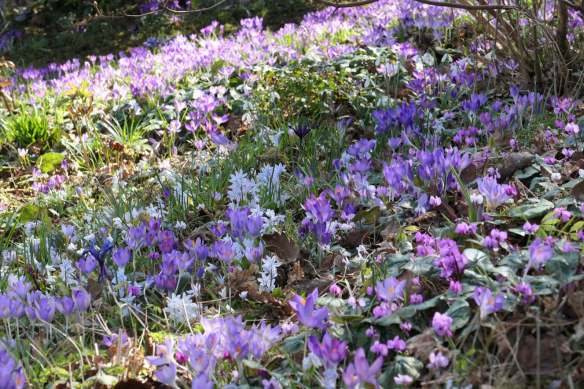 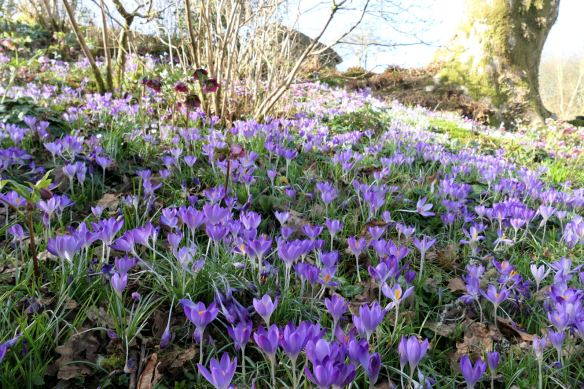 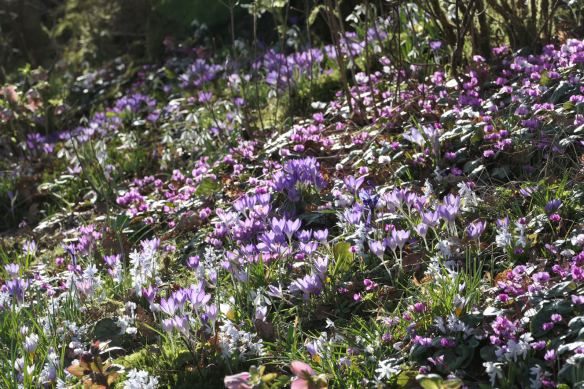 I saw our first bumblebee queen of the year on the afternoon of the 27th, quite late by previous years’ observations. 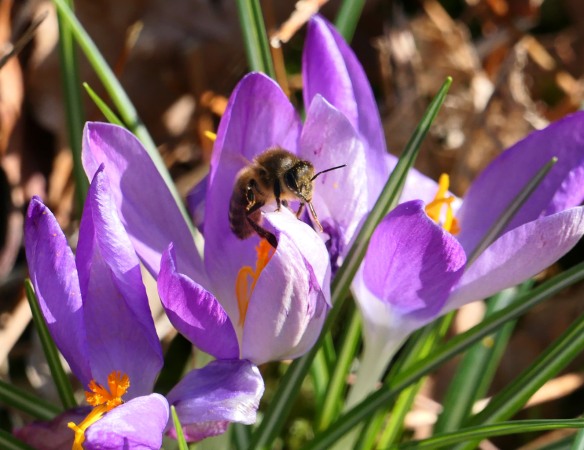 The rainfall for the month of 254.3mm, places it into one of the wettest totals we’ve recorded for the month, and the PV inverter record of 128 KWH confirms that apart from the last few days, it was a typically gloomy month. The Met Office records for the month, and indeed the whole winter record, shows just how mild, gloomy and (apart from February) dry it was, compared to the 30 year averages. The really striking figure was that for the whole of Wales, the mean daily temperature for the whole winter was 4.9 degrees C, a full 1.3 degrees C above the 30 year mean.