After the extraordinary long dry, hot summer of 2018, it was a relief to begin August with grey skies and light rain.

This continued to be the theme for the entire month, with some rain on the vast majority of days, and occasional very heavy downpours. 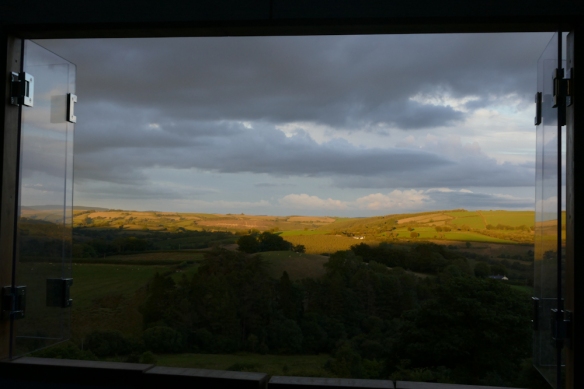 In between there were often fantastic cloudscapes. mists and fabulous light to delight.

By the middle of the month fields were beginning to green up after the terribly parched appearances of July, after the extended heatwave and drought conditions of May/June/July.

Many mushrooms appeared early in our meadows with the arrival of rain and a few cooler nights, though no waxcaps had been spotted by the end of the month, which was unusual – perhaps they were knocked by all the dry weather?

Within the garden, the apple crop looks like being the best we’ve ever had, and largely disease free. Although there’s been some bird damage, the decline in numbers of jays, particularly, has meant that it’s less significant than the last 3 years, when all the early apples were wrecked before they ripened. 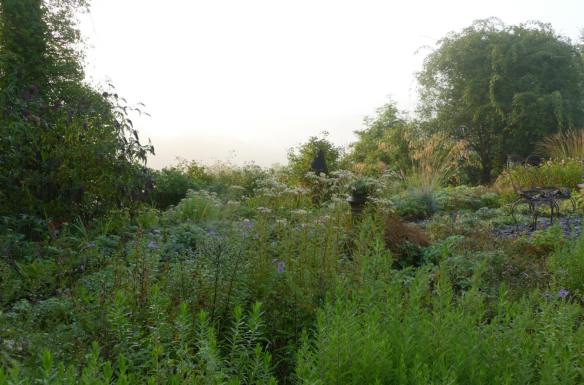 Asters and Sedums are strangely late in blooming, otherwise many plants are below their best, and only beginning to recover from drought stress by the end of the month. 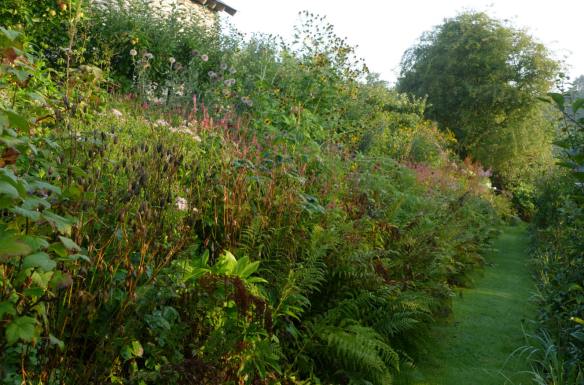 However it was a real relief to find that our spring water supply held up throughout the long dry spell (unlike many locals who ran dry), and inflow never dropped below about 200 litres per day, so with careful usage within the house and garden, we were fine. 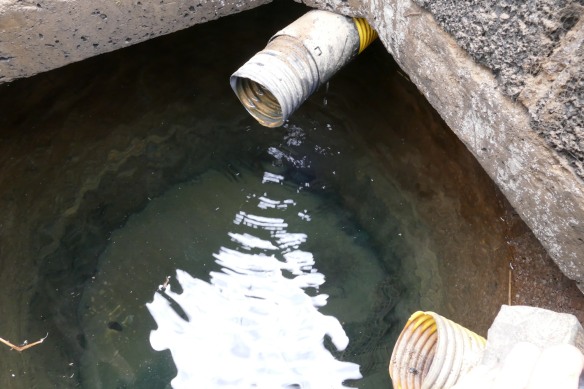 It’s been surprising to see just how long natural groundwater is taking to recover – soil shrinkage around garden edging boards put in over the winter of 2017/8 was still evident by the end of August. 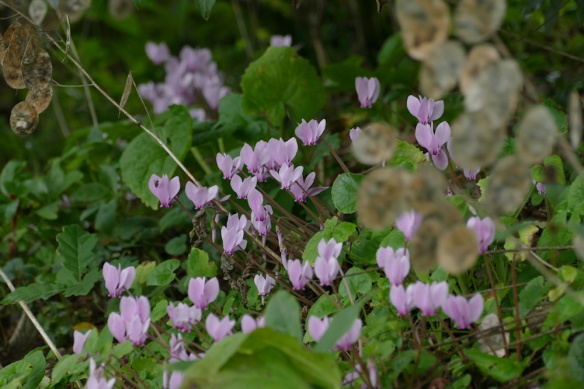 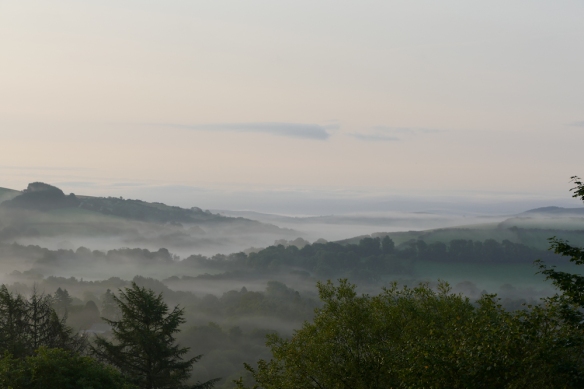 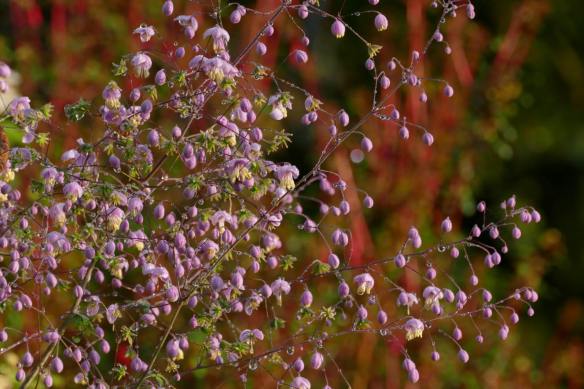 Around the middle of the month I completed the shepherd’s hut construction, and have already found, as expected, that it’s a huge asset, providing a comfortable place to sit. 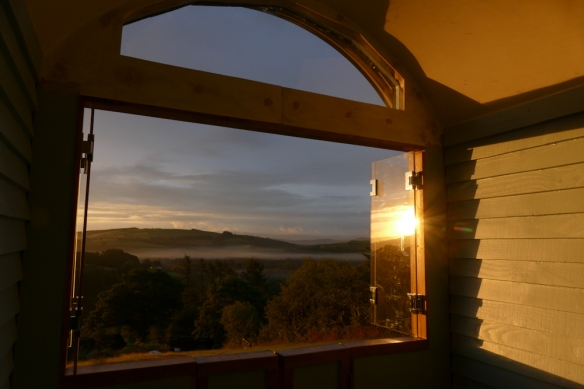 Relax and enjoy the views, light, and clouds, whatever the weather. 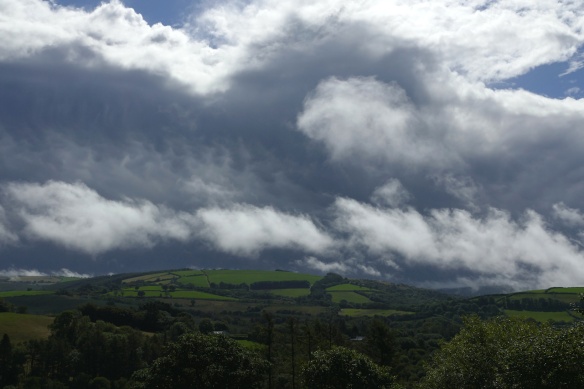 There were few days for much butterfly activity, after the huge numbers in late July, but I did see yet another Hummingbird hawk-moth, Macroglossum stellatarum, as well as a Holly blue, Celastrina argiolus, and at last a reasonable number of Small tortoiseshells, Aglais urticae.

The month ended with only moderate light levels, as shown below at 340 KWH from the PV inverter record, although August 31st saw a fantastic number of insects active around the garden. Although there were only 4 dry days, the rainfall total for the month at 150.4mm was quite modest. 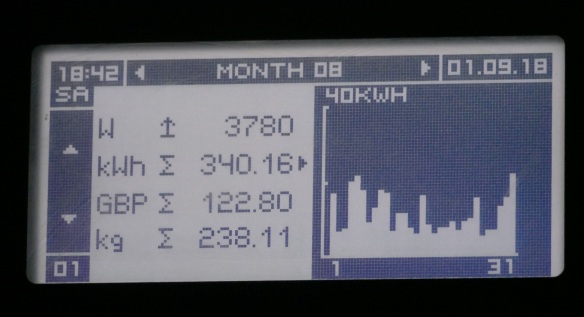 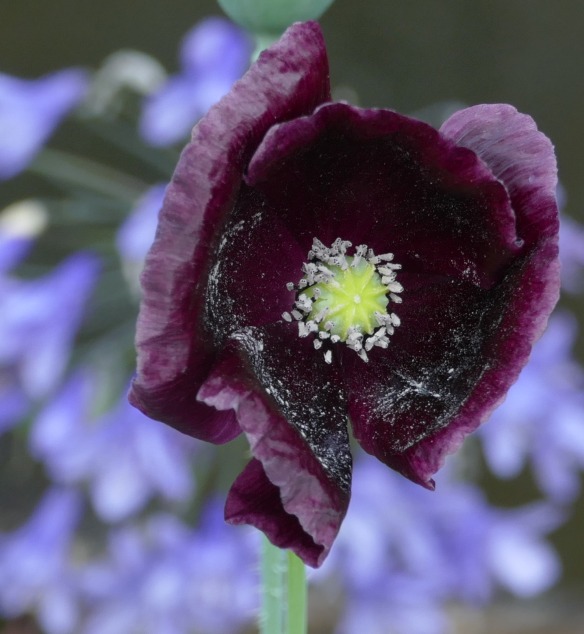 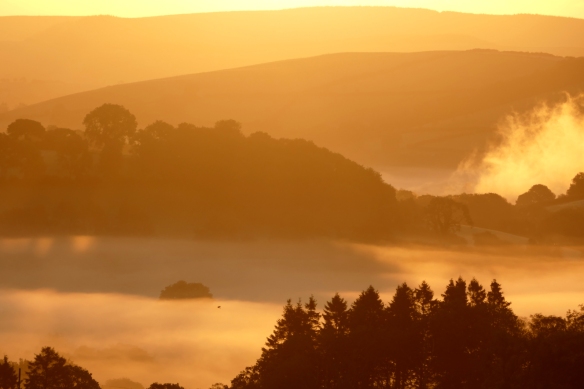 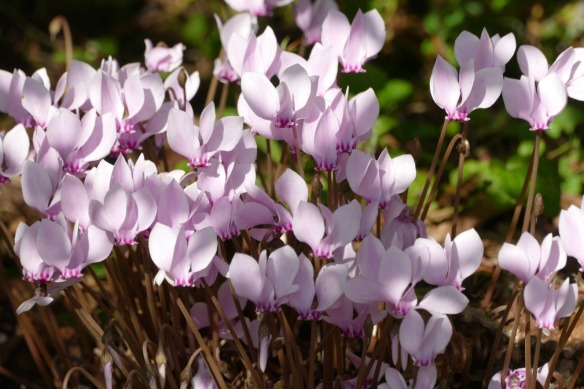 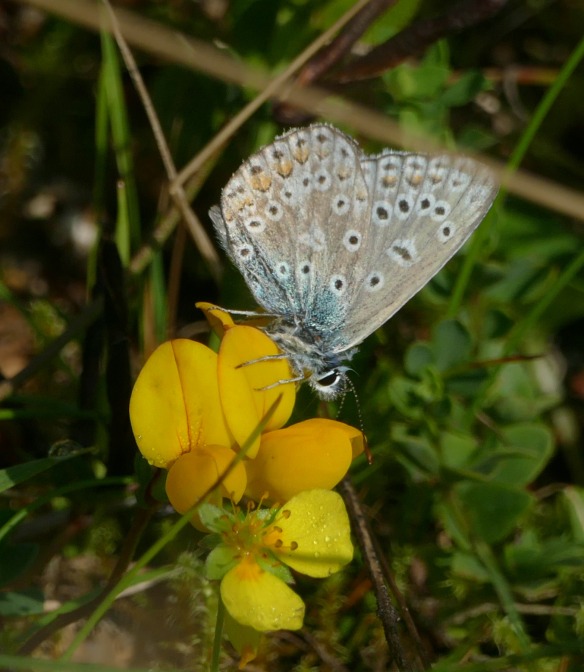 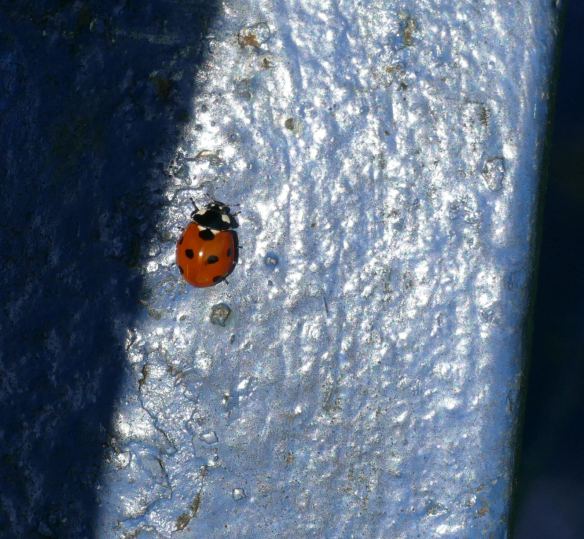 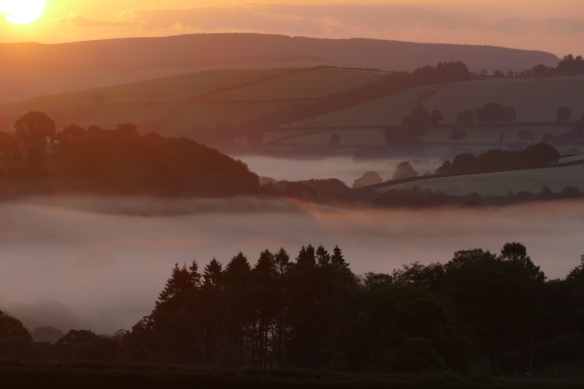