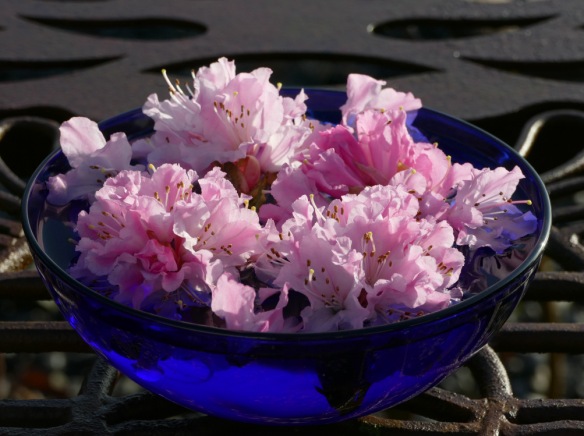 As is often the case February is our most wintry month, though that’s becoming a slightly relative description as winters are generally warming up here. Apparently across the whole of the UK, January 2020 has been the 6th warmest ever recorded, with the average temperature a full 2.0 deg.C above the long term average for 1981- 2010. Click here. This meant I could pick a bowl of Rhododendron “Christmas Cheer” flowers on the 6th – the earliest ever blooming of this, our first to flower R. cultivar in 2020, beating our usual first flowerer, R. Cilpinense. 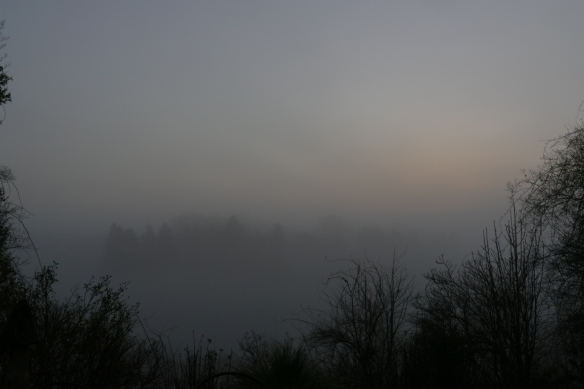 The month began with a mixture of rain and wind, then a couple of frosty and misty mornings, leading to a glorious still, sunny but chilly day on the 6th which we’d spotted coming in the weather forecasts (after a few days with minimal rain), and so held a short notice garden pop up garden opening for the NGS. 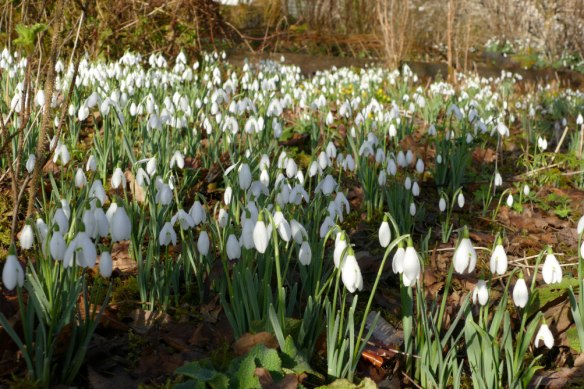 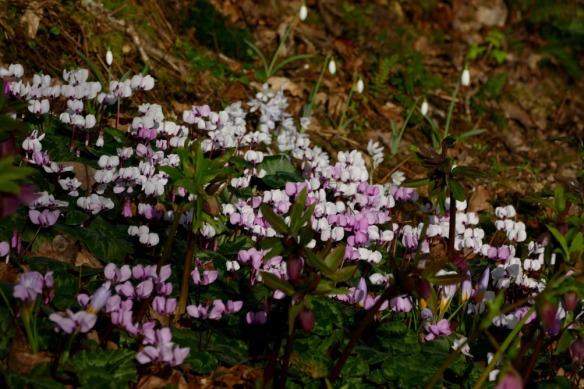 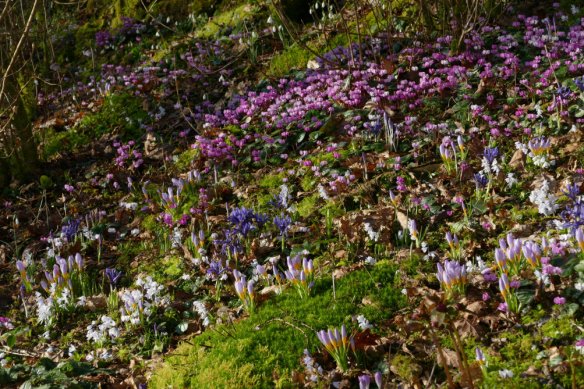 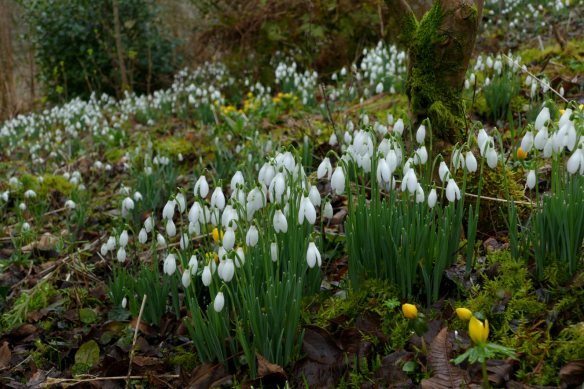 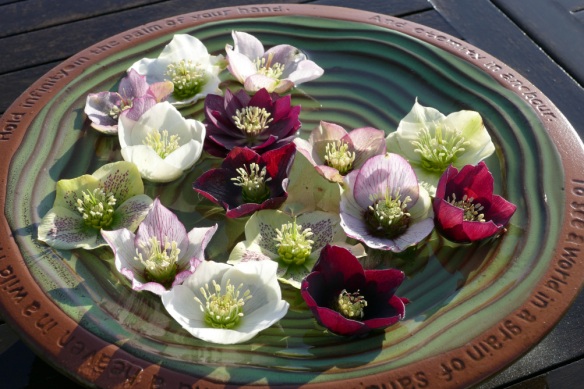 The following day the clouds rolled in after a moody sunrise, the winds picked up, and Storm Ciara ripped across the whole of the UK causing much devastation. 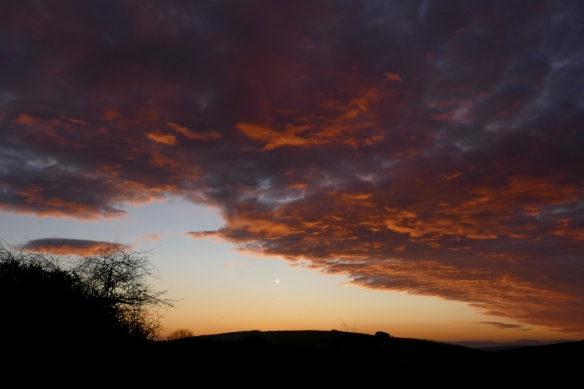 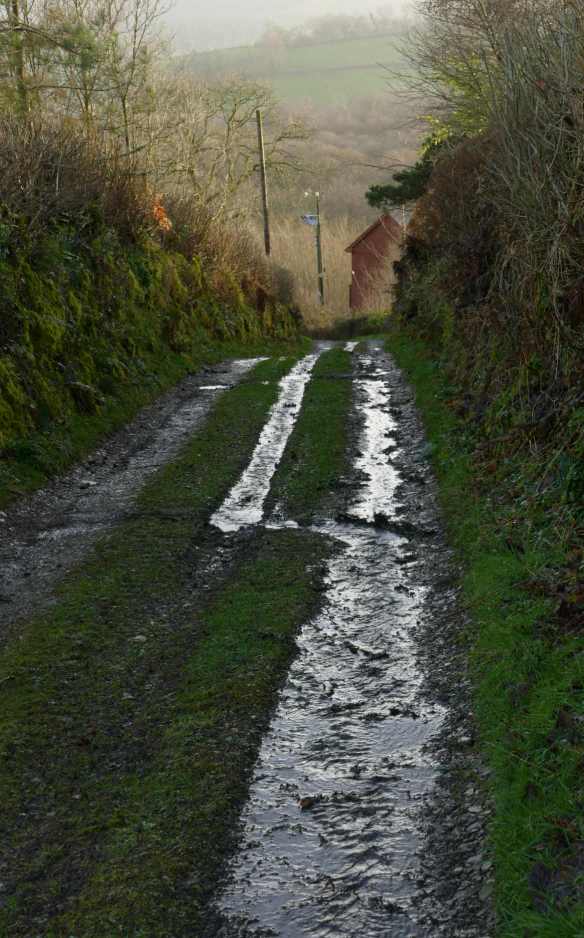 Apart from heavy rainfall and a bit of tree debris, we fared much better than many, and the remarkable aspect of most early flowering spring bulbs is just how well they stand up to such a pounding, looking almost as though nothing had happened, once the worst of the storm had passed. 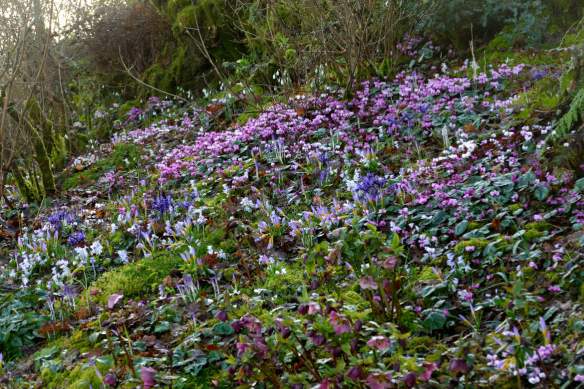 But the following week began with a wintry feel, a rainbow, hail showers and even thunder. 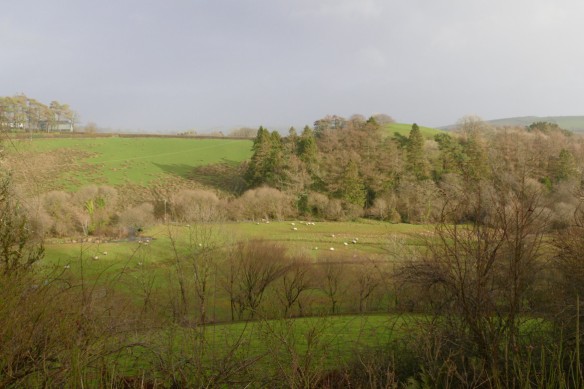 Our honeybees continued to forage actively in the garden, mainly on Daphne bholua and Hellebore flowers often in extraordinary low temperatures, and strong winds …

… before they seemed to sense the arrival of the impending stormy wet weather, and working as late as possible the day before, several didn’t make it back inside the hive, and perished with pollen loads at the hive entrance…

Just a week after Storm Ciara, a second named storm Dennis brought more high winds and rain. The theme of wet weather and winds continued right through the month with temperatures struggling once more and occasional hail and sleet.

As much of the flatter parts of England, focused around the border counties of Shropshire, Herefordshire and Worcestershire lay underwater and struggled with flood damage, we indeed felt fortunate to live somewhere where the rain quickly runs downstream. 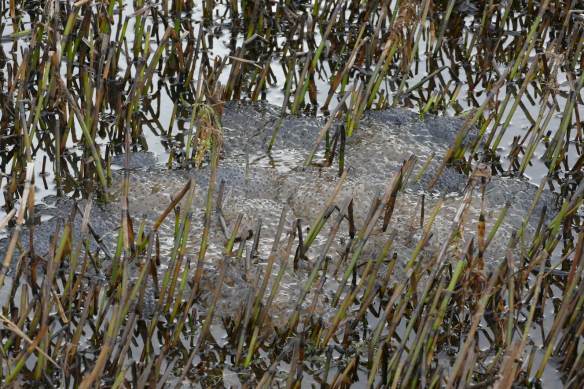 and once again the resilience of our massed spring bulbs lifted our spirits throughout the month. 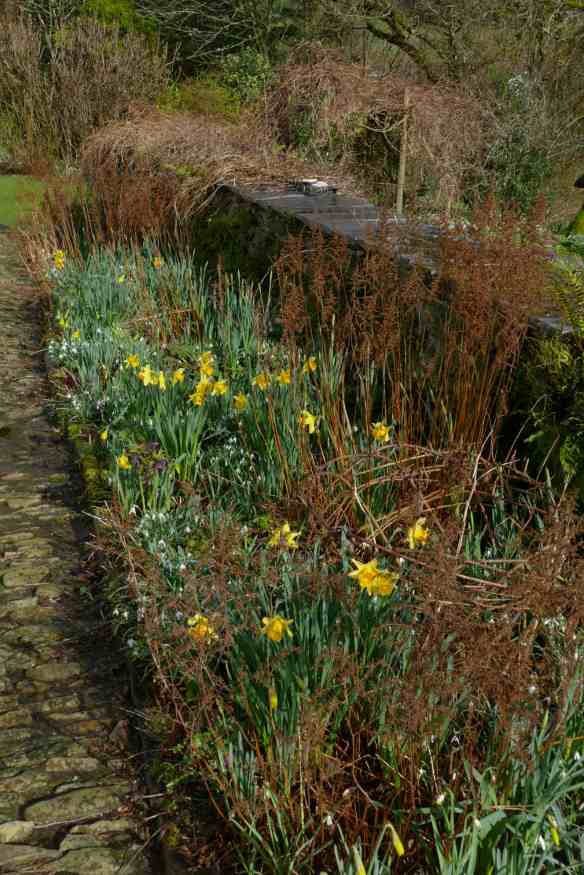 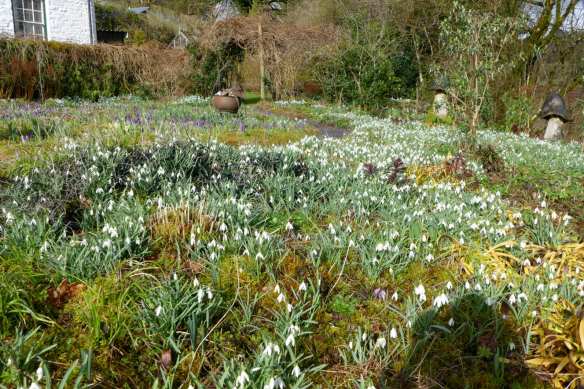 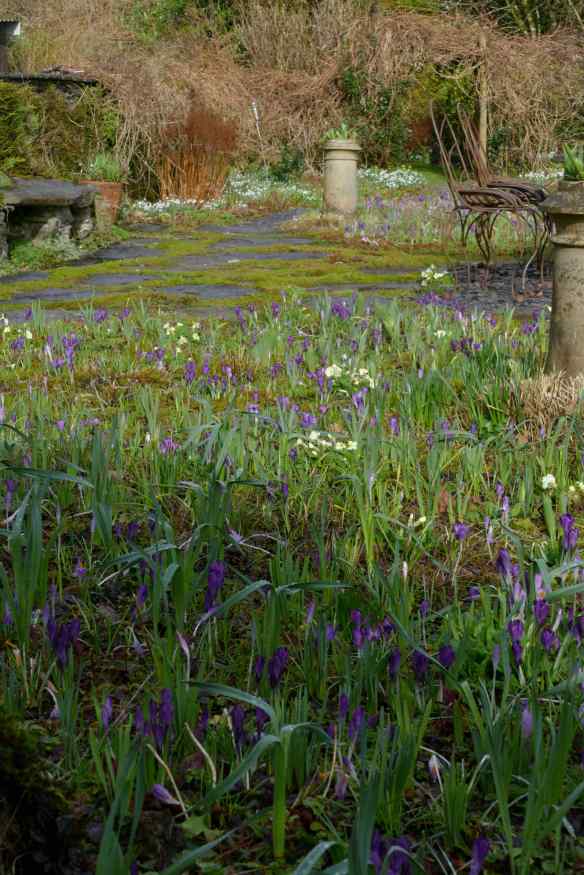 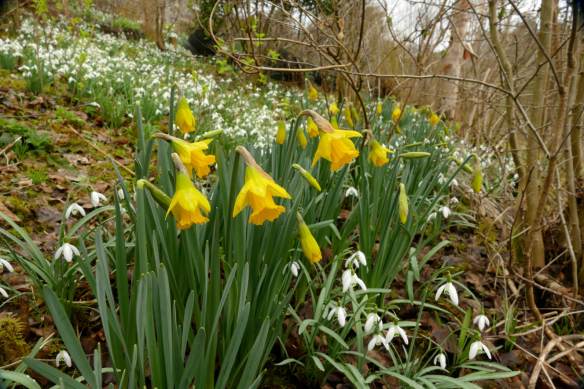 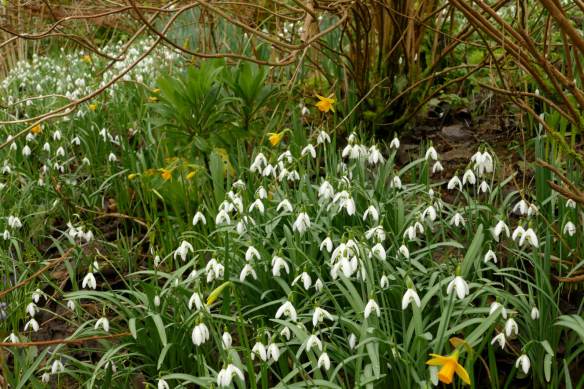 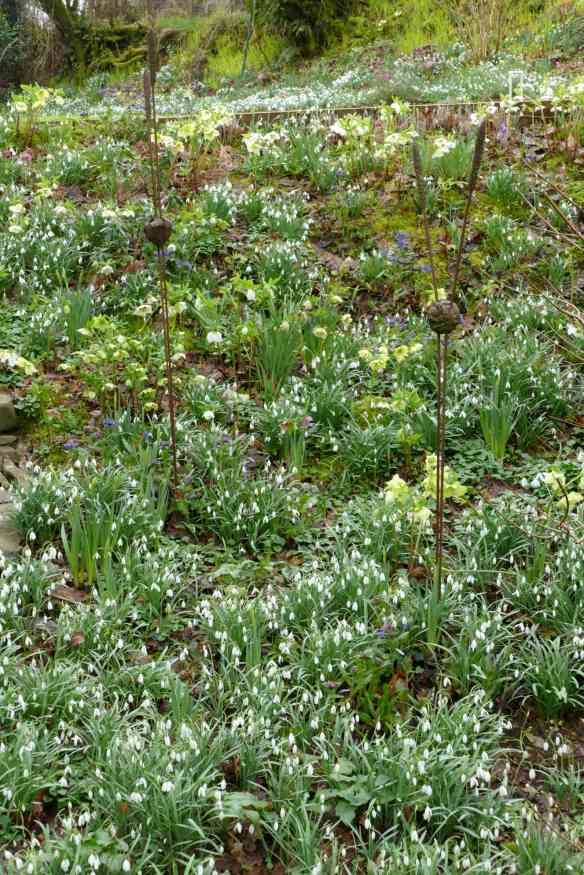 Apart from further ditch clearing the wet weather, with no bouts of freezing ground created perfect conditions for lifting and splitting snowdrops throughout the month, allowing yet more areas of the garden still without any, to have the gaps plugged.

February finished with yet another named storm, Jorge, clobbering us on a weekend. The Met Office summary shows that February 2020 was the wettest since records began across the UK, winter 2019/20 as the fifth wettest ever, and the fifth mildest ever. Click here for more.

Add in the developing situation of the Corvid-19 global pandemic, and we look forward to March 2020 expectantly – let’s hope the month will come “In like a lion, and out like a lamb” – rather than the other way round.

Our own PV data and monthly rainfall total of 357.1 mm captures what we hope marks the end of the most protracted spell of wet weather we have known here. 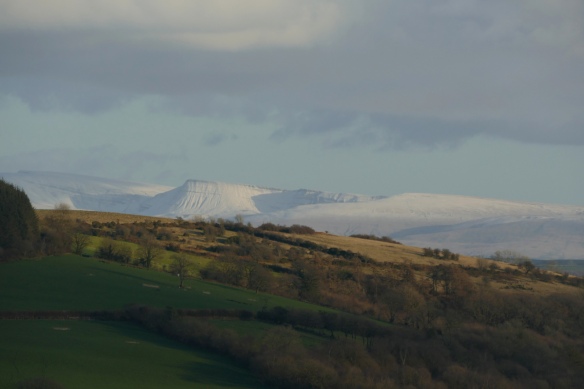 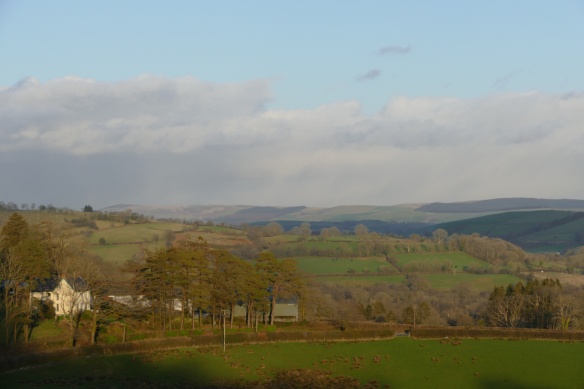