October began with a couple of lovely days – a bit of warmth in the air after a clear start and autumnal colour beginning to appear around the garden in the golden dawn light. The external decorating was finished for the year, and with fewer bulbs to plant, we’re looking forward to winding down a bit. 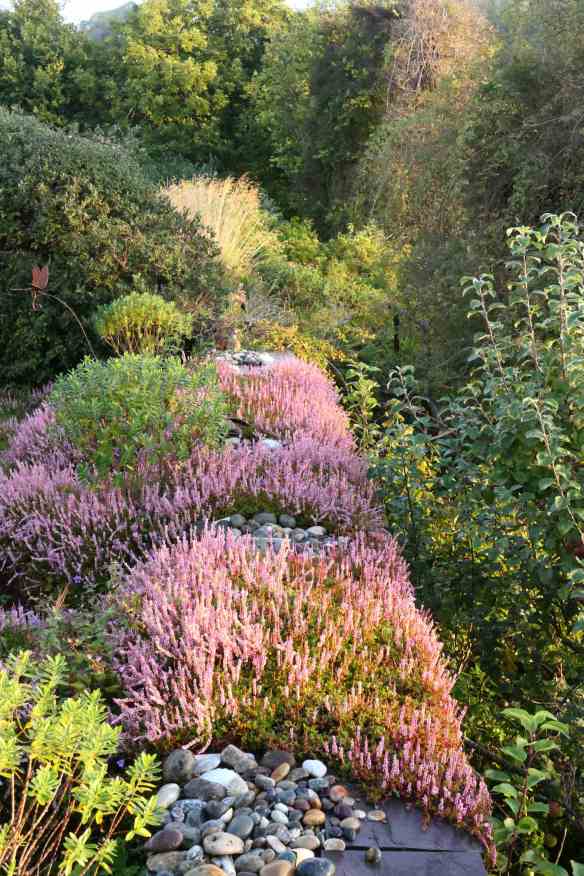 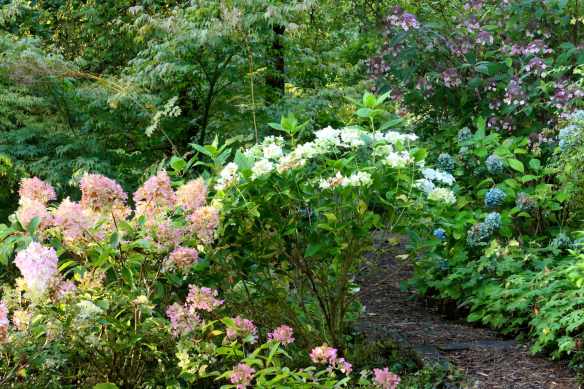 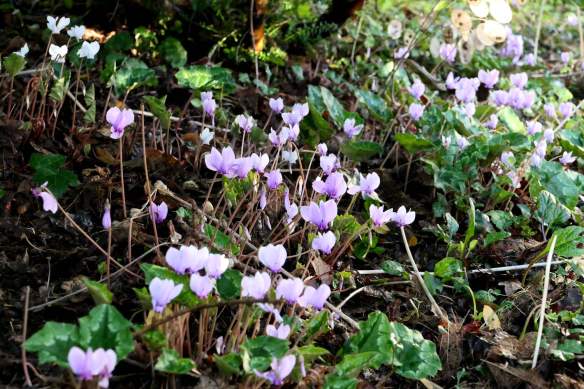 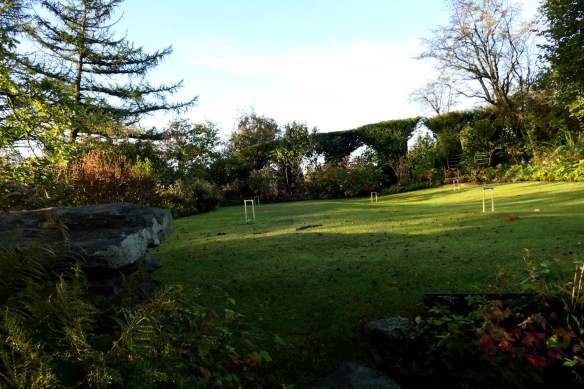 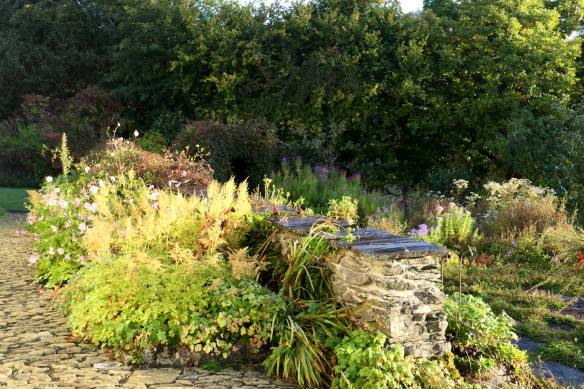 It also marked the day when large numbers of waxcaps began to appear in the upper hay meadow, and the annual, nocturnal ripping up of turf for chafer grubs, by an itinerant badger, began. Actually, we’d noticed some damage in the lower hay meadow about a week ago, something we’d only seen down there for the first time last year. Perhaps floral/plant diversity appeals to the chafers as a good location to lay their eggs, and hence later a good population of grubs? In any event, a quick dose of watering can delivered pee was required to try to limit further damage in the sward. 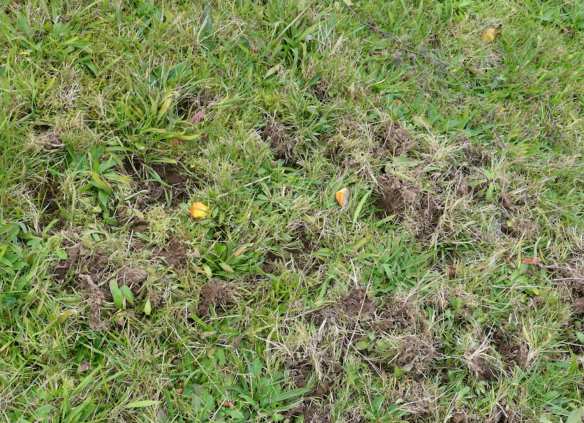 Several of the Malus grown from seed many years ago are having a wonderful, laden autumn, others less so. A real range of fruit sizes, shapes and plant forms. The purple leaved form may well be a Prunus, though, and was a seedling gift some years ago from a sadly now deceased local gardener. 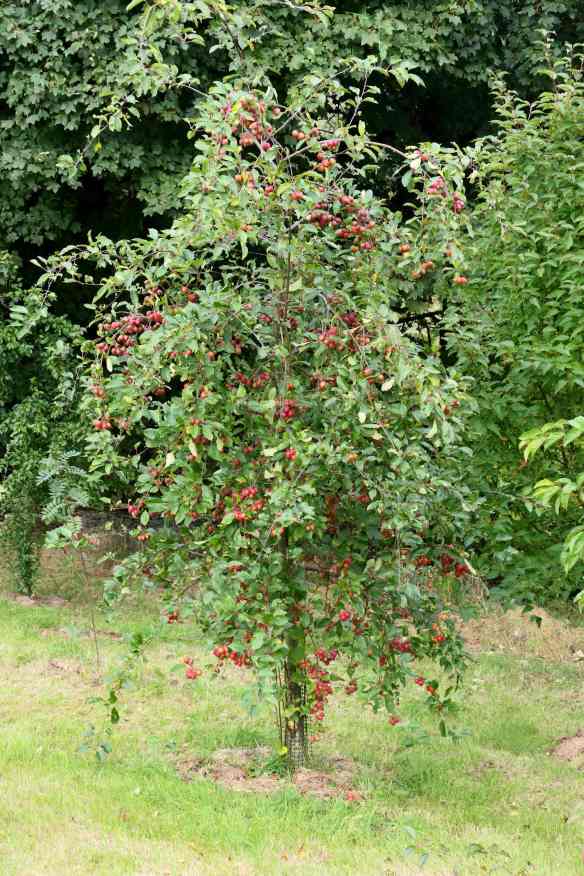 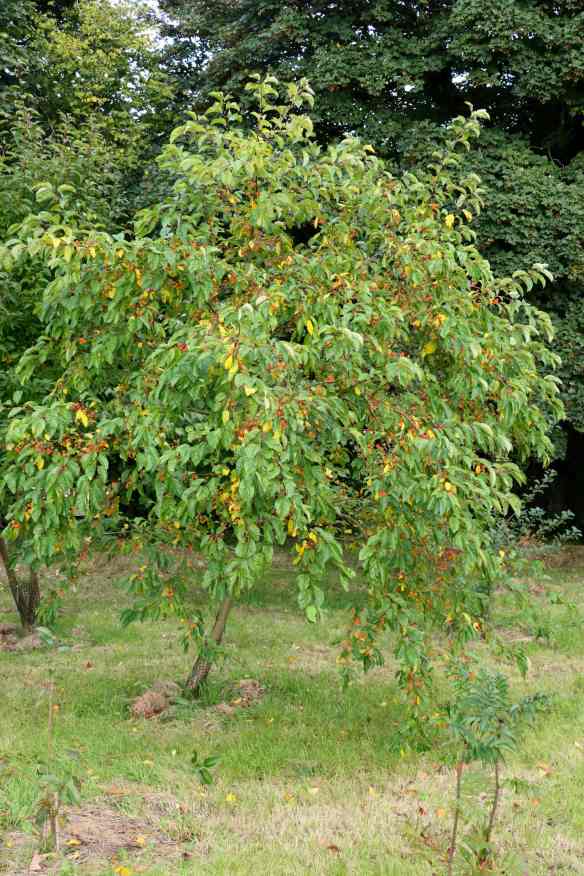 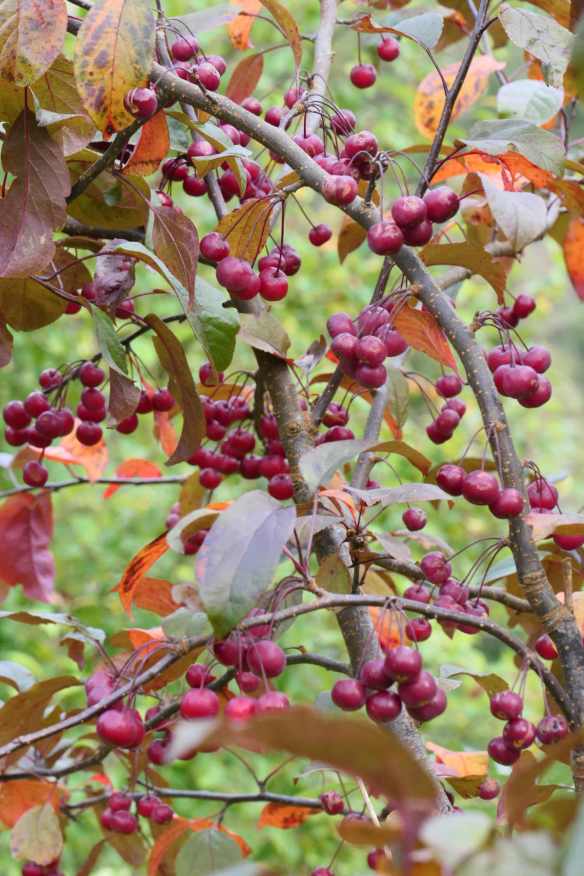 The early part of the month was broken up by a couple of mini-breaks away, the first managing to miss a deluge of 40 mm plus, but in spite of this, and a lack of cool nights, the general absence of strong winds has allowed several trees such as a Sorbus ‘Olympic Flame’, and Cornus controversa to put on lovely displays of autumn colour. 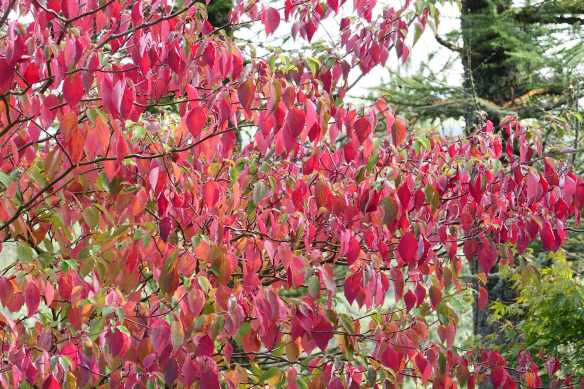 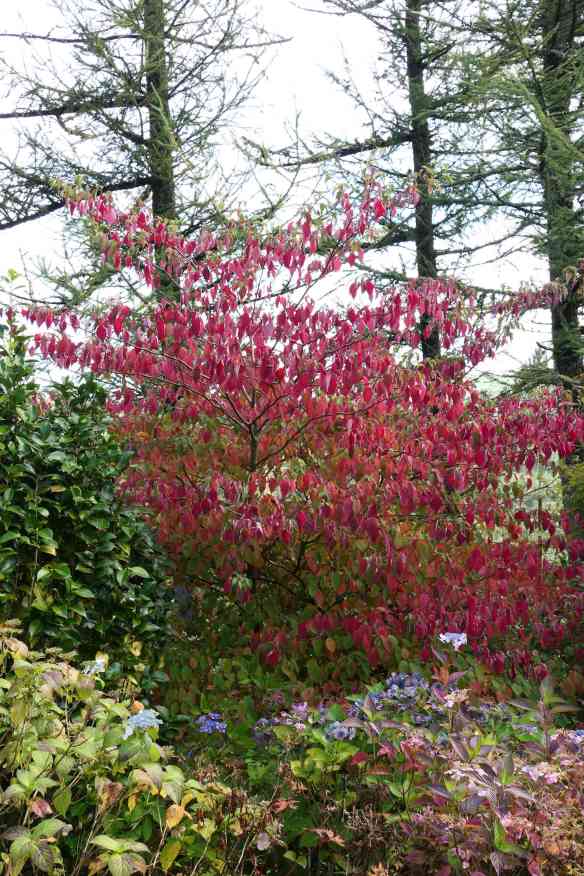 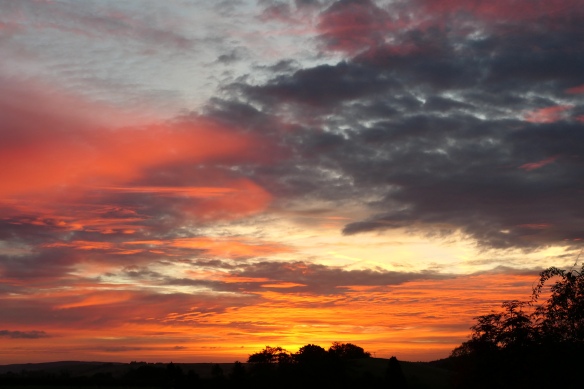 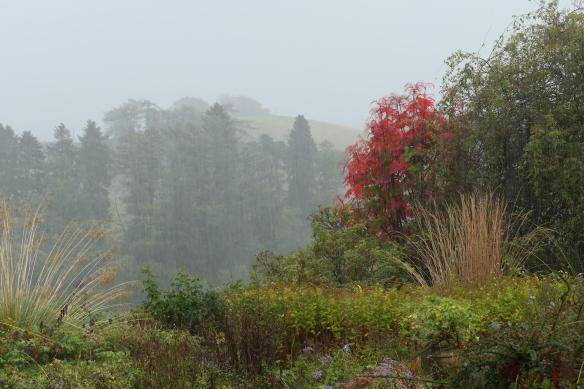 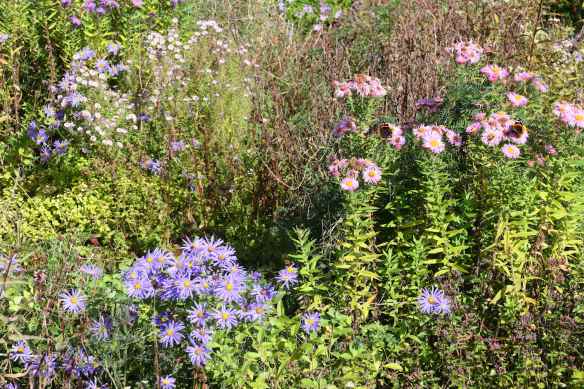 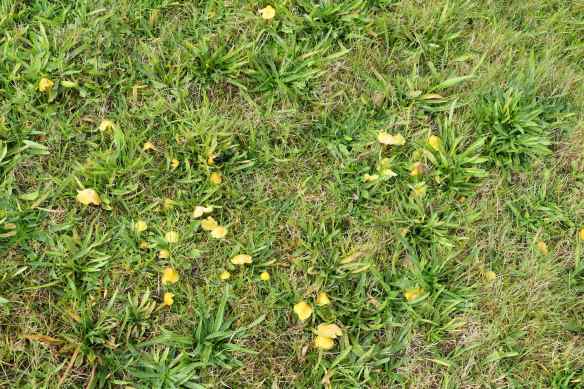 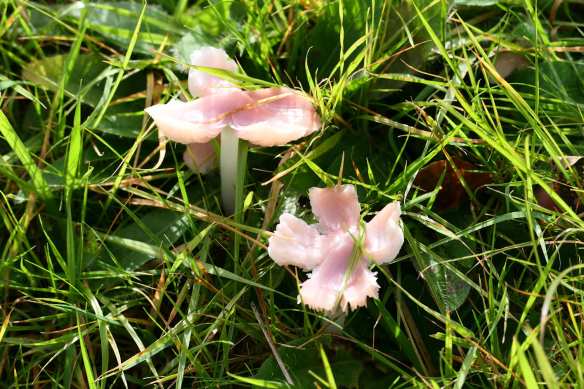 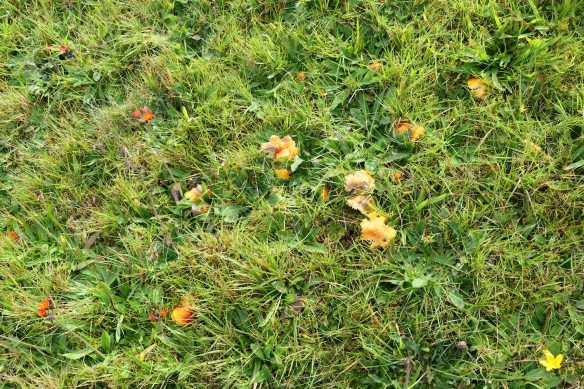 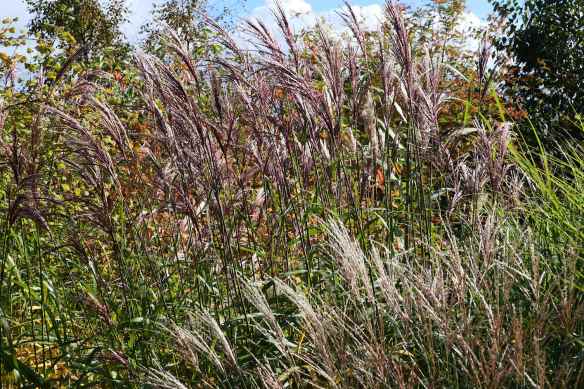 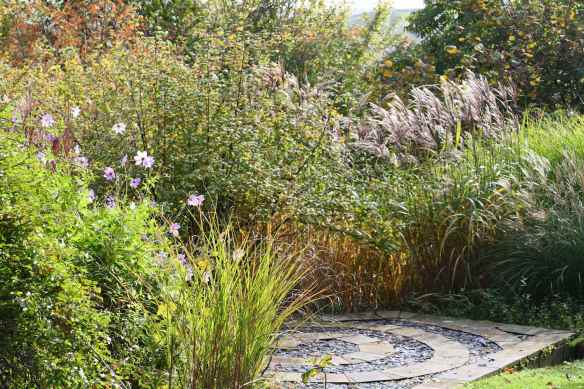 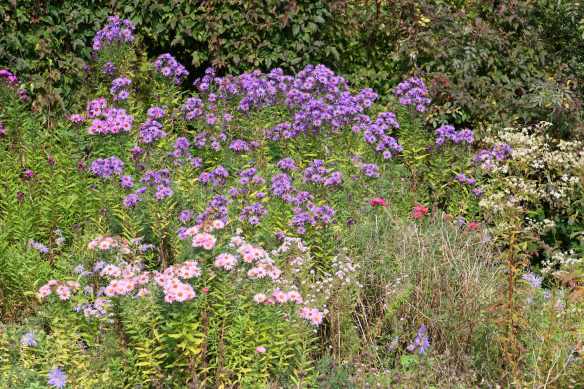 From the middle of the month onwards, the weather became more autumnal with rain most days, occasionally quite windy, but generally unusually mild. 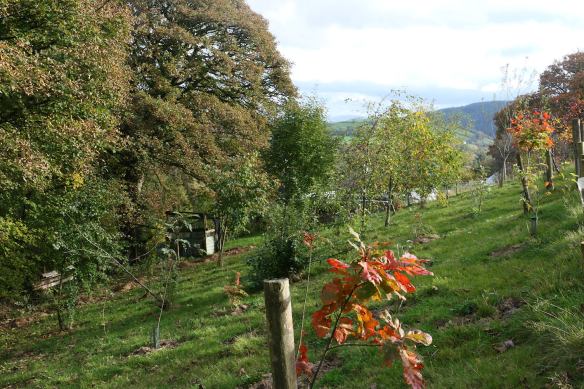 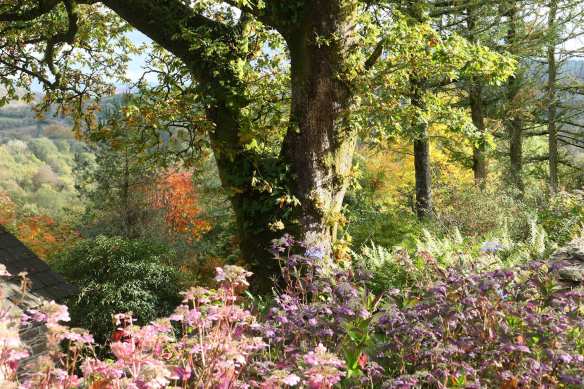 With no hint of a frost, autumn colours have continued to develop in a glorious way, and as trees are always that bigger than last year, the effects have been wonderful.

The big cut back was delayed a little this year, by a couple of planned garden visits – as late in the season as I can remember, and fortunately both coincided with days of sunshine and no showers. 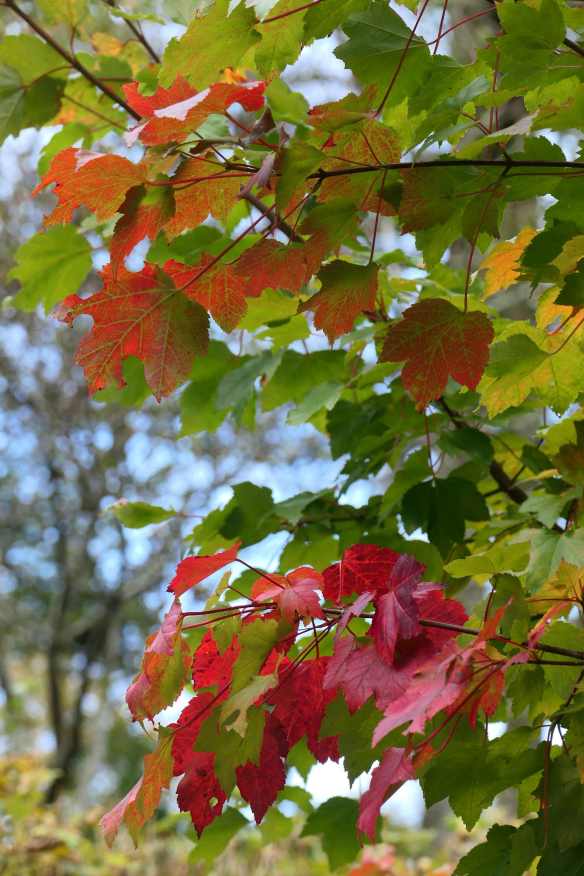 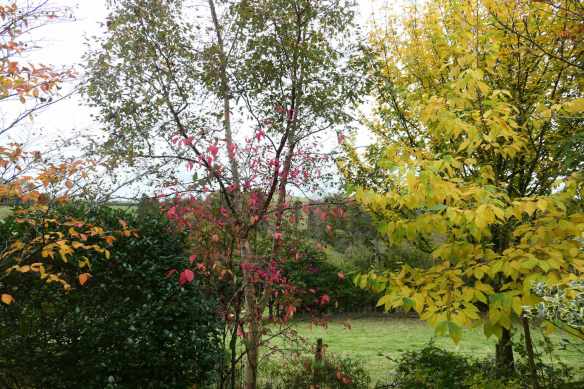 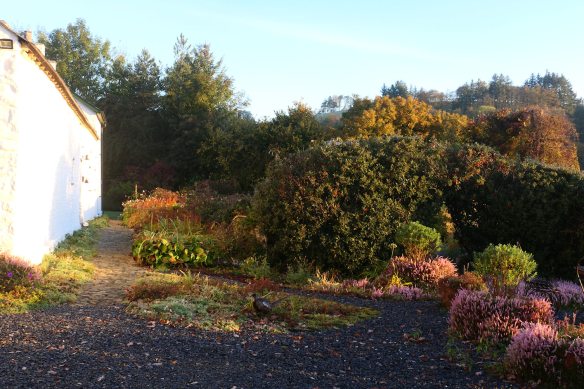 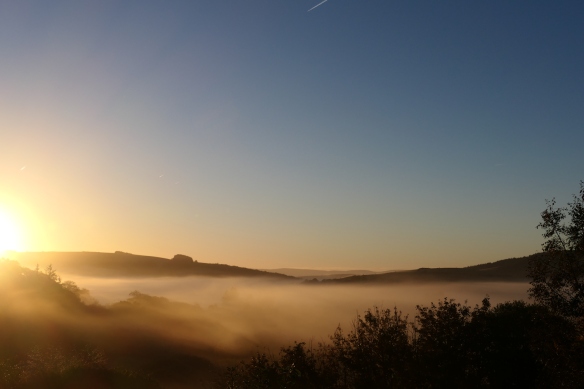 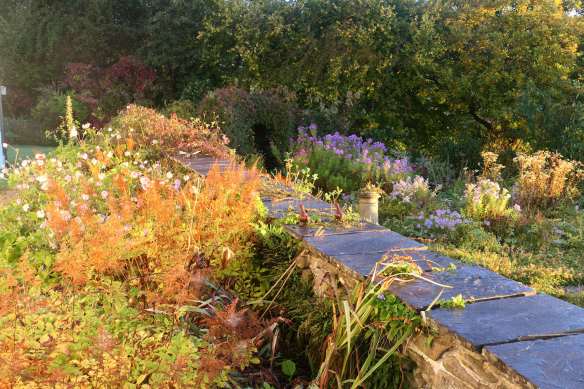 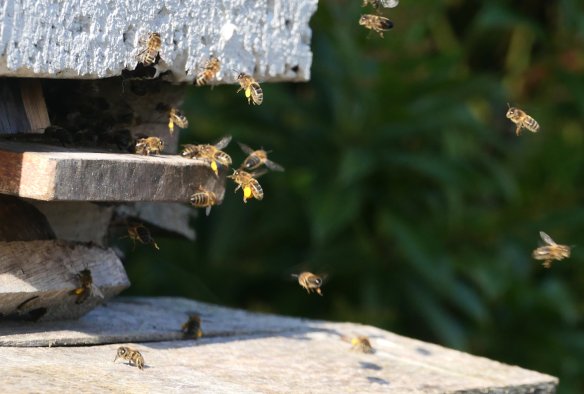 We head into November with 5 honey bee colonies still very active, even on days when winds were over 40 m.p.h. and the arrival of a ram lamb, tip, for our ewes, the next point on our seasonal calendar 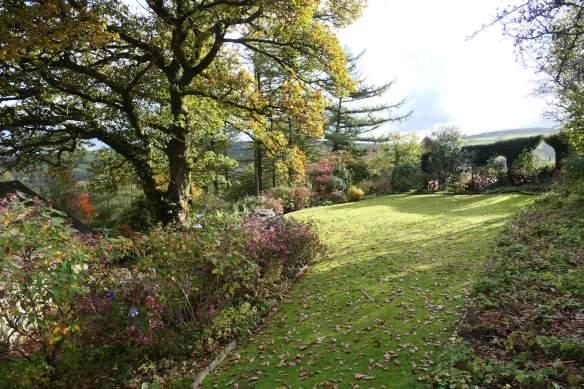