December continued to be a generally mild month, with rain on most days, and limited sunshine. At last a couple of sharp frosts gave a hint of proper wintry weather, but on Christmas Day we still had a few rose flowers, as well as an Aster ‘Monch’ and quite a few Calendula ‘Indian Prince’ blooms. Of greater significance for anyone interested in phenology, is the observation that we have never before had so many snowdrop cultivars blooming in early December, our Daphne bholua ‘Jacqueline Postill’ also started to fill the garden with scent by December 6th, and Rhododendron ‘Christmas Cheer’ also lived up to its name, having pretty pink trusses opening by mid December. Consulting my blog garden views folders, I notice that in 2011 it was flowering on March 23rd. Hamamelis ‘Robert’ was in full flower by Christmas – often it’s one of our later witch hazels into bloom.

Finally, on the 27th and 28th, hard frosts to minus 10 degrees C. Still, silent, starry nights, and two largely cloud free sunrises, bathing the frosted scene in golden light. What a seasonal treat.

What’s responsible for the dramatic variation from our normal pattern of flower openings? We’ve had equally mild autumns before, but my guess is that it’s the combination of this, with the unusually dry and sunny summer, which has played a part. Will this be a one off event, or can we look forward to such early flowering in subsequent winters, if global temperatures continue to rise?

As always at this time of the year, any fleeting sunrises or sunsets often lift our spirits with fabulous intense colours, and our Cyclamen coum remind me how much I adore their cheerful splashes of colour, amongst all the moss in the lower copse.

Finally for the first time we had a few striking metallic blue fruit on our Clerodendrum trichotomum fargesii, but they didn’t last long with all the wet weather, before dropping off this annoyingly suckering shrub. 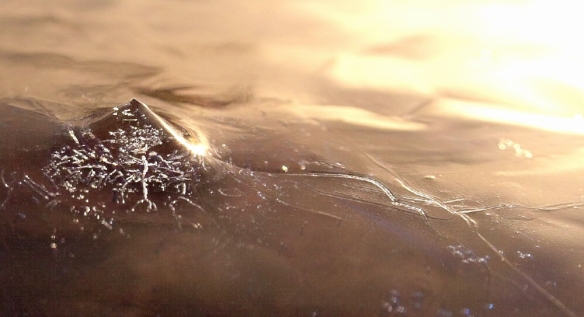 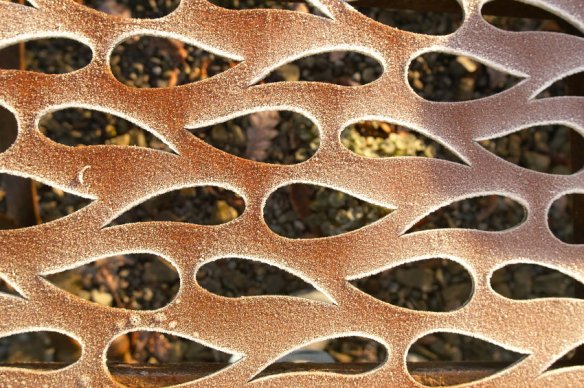 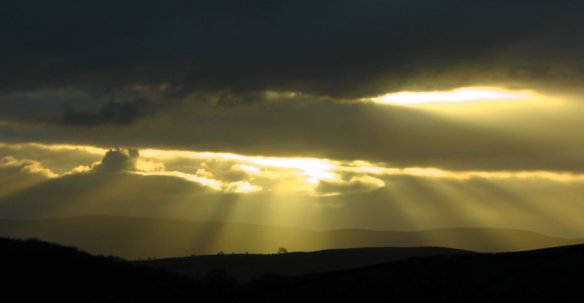 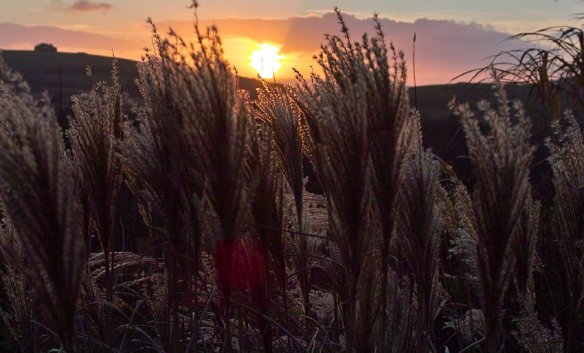 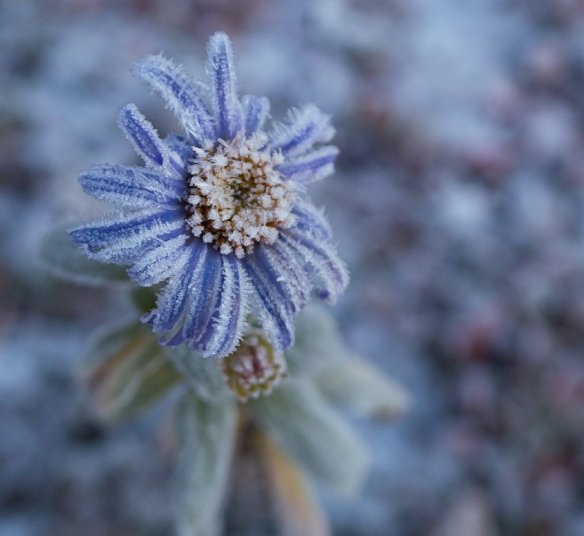 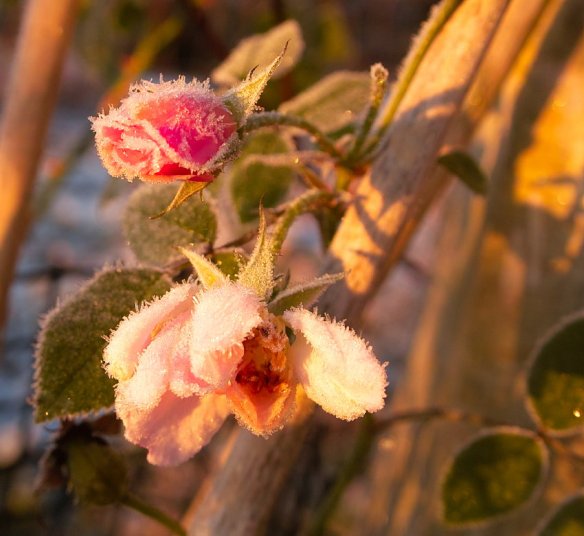 Rainfall total for the month was 183.5 mm, and the total rainfall for 2014 was 1933.8 mm. Total light, as measured by our PV inverter display, was remarkably similar to other years, though as is often the case, its distribution through the year, is very different from one year to the next.