July typically turned out to be a frantic month, with more haymaking, nearly a week away, and much hot and dry weather requiring significant watering. A friendly robin was a constant companion whilst bringing in the hay. 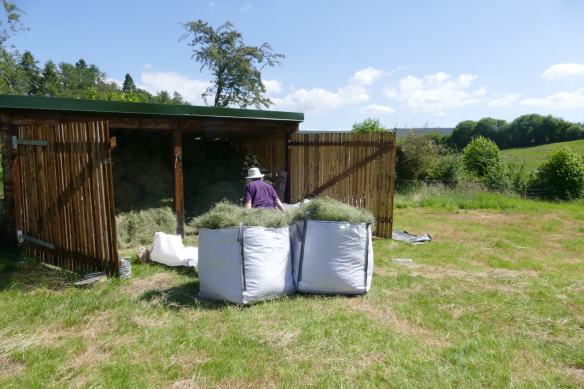 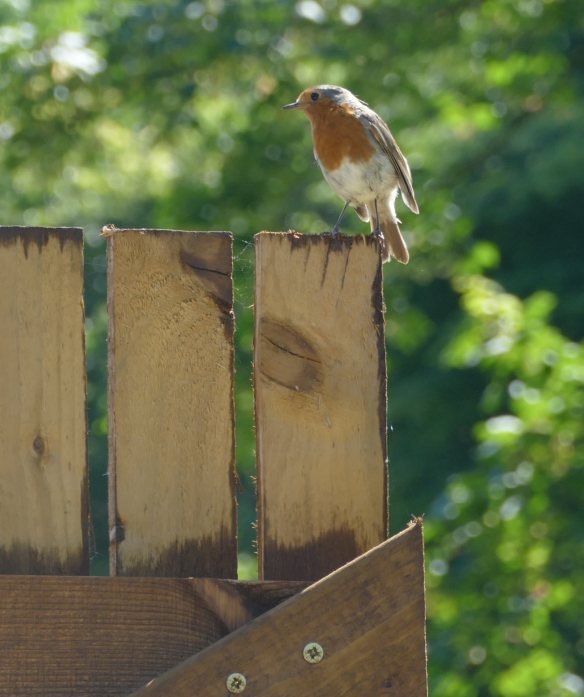 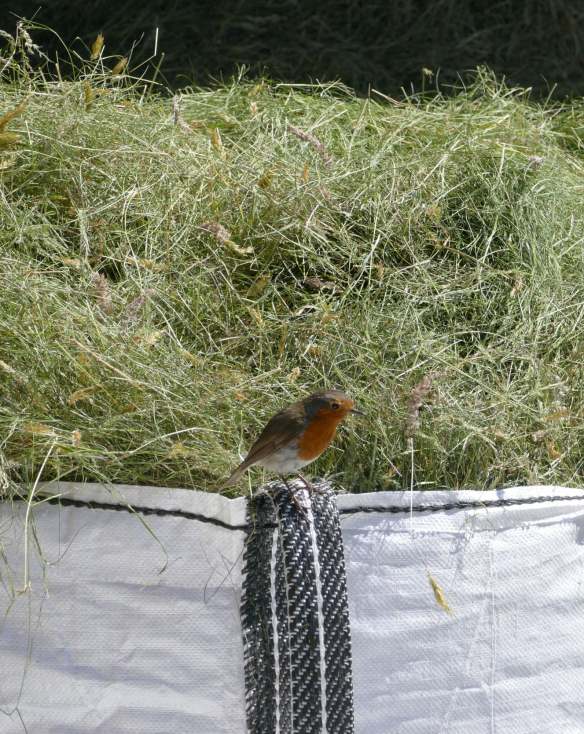 Fortunately, the third week saw a brief respite with modest rain, so we never felt quite the same pressure on water supplies as we experienced in the summer of 2018, although temperatures peaked on the 25th, with parts of the UK experiencing the second highest temperature ever recorded.

The roses continued to excel, 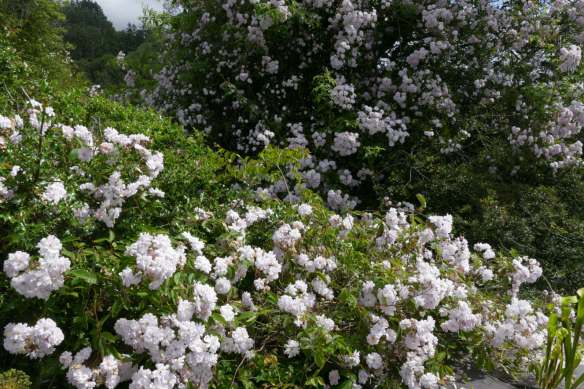 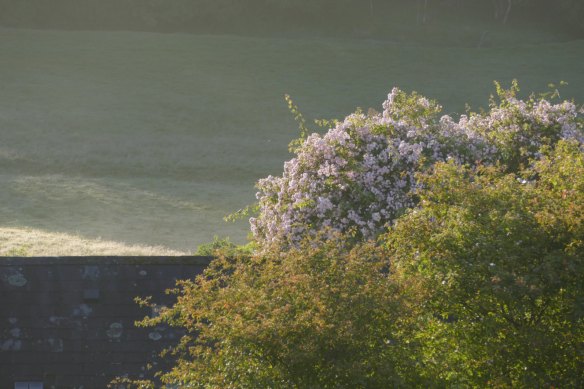 and after last year’s disappointing display, the Hydrangeas looked wonderful. 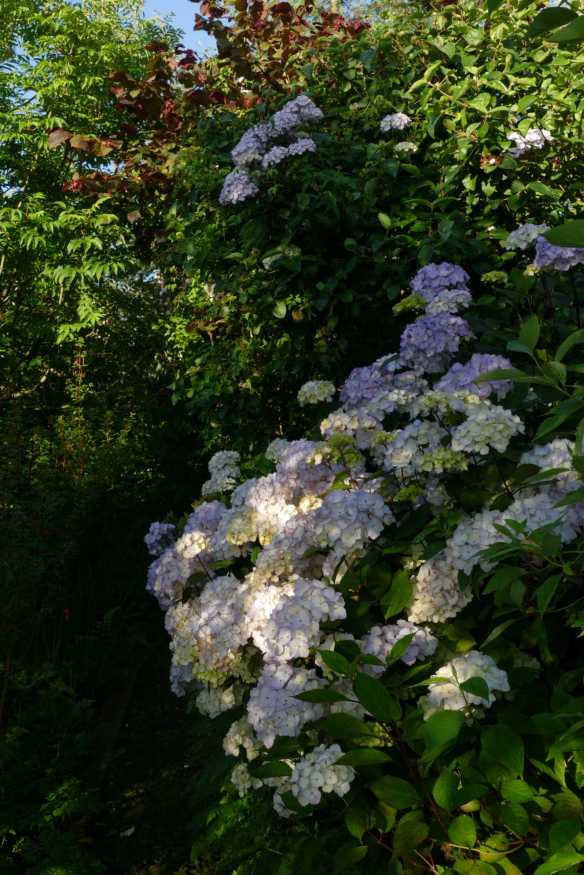 A feature of the garden this year has been the annual flowers, grown specifically for nectar and pollen in the vegetable big bag areas. Some – Phacelia tanacetifolia, Borage and Echium ‘Blue Bedder’ have excelled. A new trial system for growing squash on a simple frame between the PV panels is also looking promising. 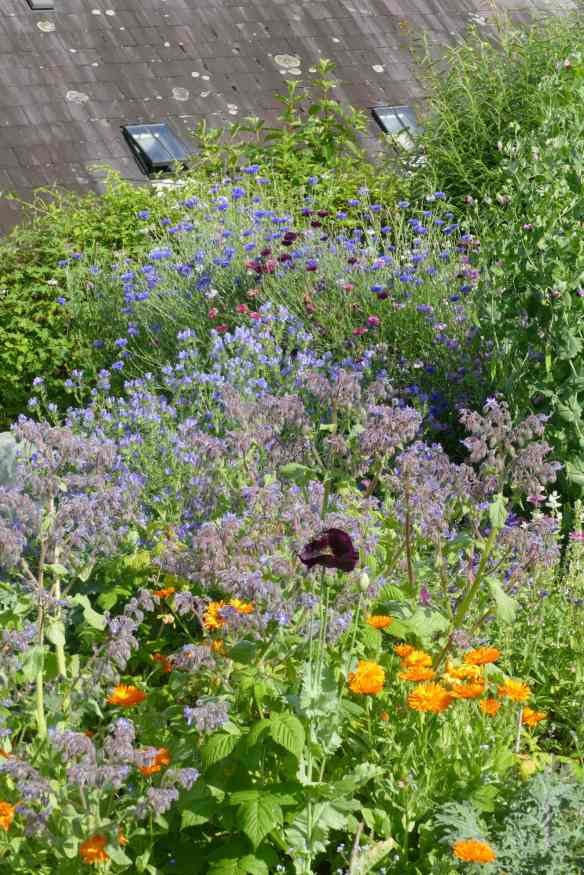 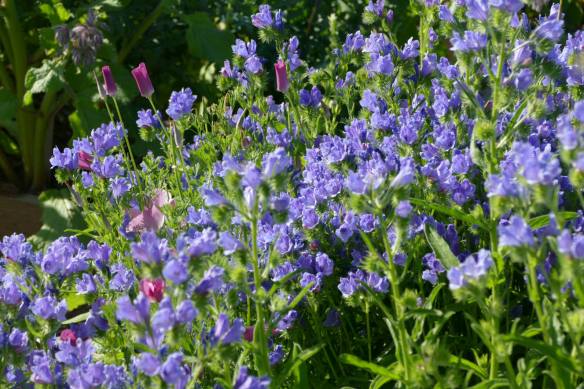 Others, like French marigolds and Cornflowers, whilst being visually dramatic have had far fewer insect visits. 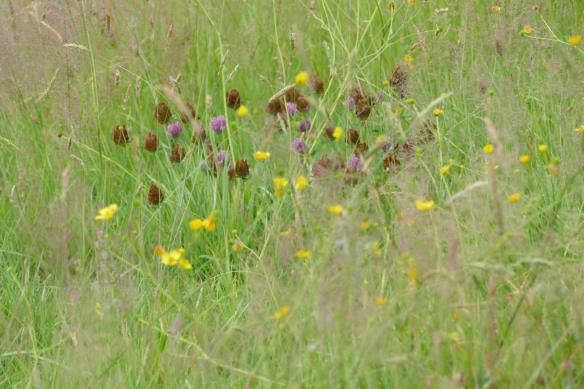 The hay meadows have continued to develop in floral diversity.

and it was an unexpected boost to hear that my shepherd’s hut was shortlisted in the national Shed of The Year competition, in the Nature’s Haven category sponsored by Dulux/Cuprinol. It now faces the scrutiny of a public vote, until August 29th, when the judges will reach a decision of an overall winner. 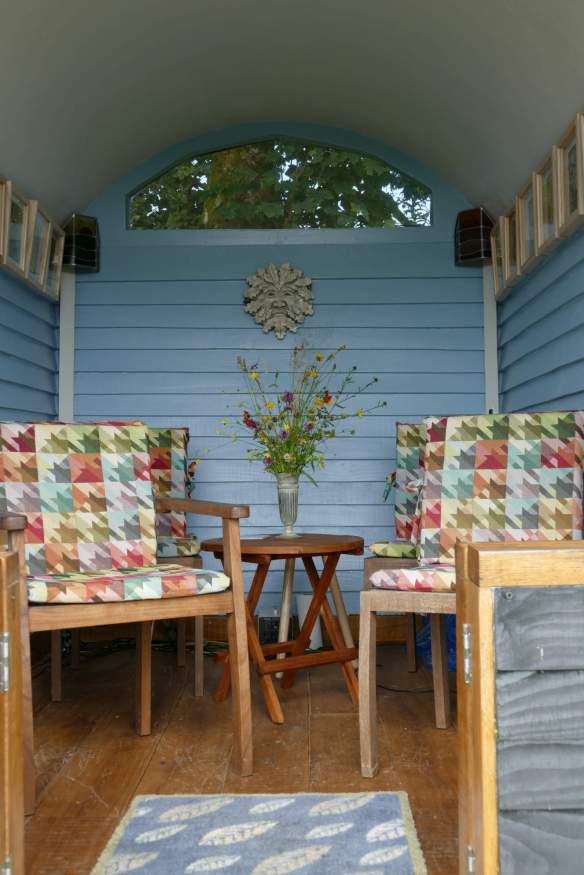 This meant an ex-Sun photographer visiting for some official PR photos, and I’m very grateful for Marc making it as pleasant a photographic shoot as possible, and agreeing to my request not to be identifiable – I studiously avoid any clear self portraits on these pages, being averse to much contemporary selfie culture.

But it did enable an agreed situation where one could ask who was photographing whom? 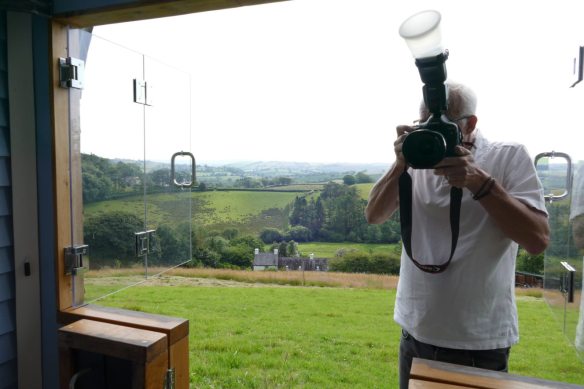 Our bees have been busy all month in the generally benign warm weather, and at the end of the first week of July, a swarm from elsewhere decided to move into the hive which had been robbed and destroyed in early June. So we’re back to 4 hives after having just one at the end of April.

In spite of the 3 swarms that left the original hive, I managed to remove a full super of honey from the National hive right at the end of the month, whilst leaving another nearly full one behind for the bees to sustain them over the leaner months ahead. 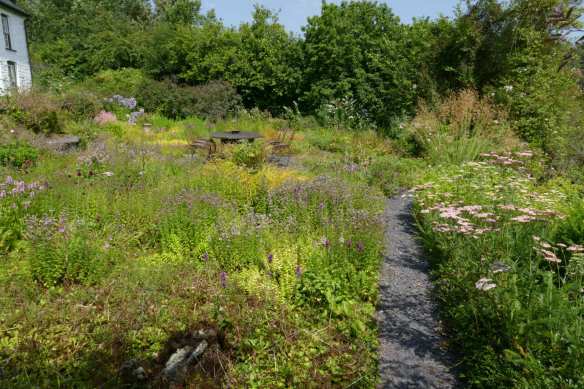 With the stream again very low for the whole month, and after last year’s drought followed by storm Callum’s flooding, it was a thrill to find Beautiful demoiselles,  Calopteryx virgo, late in the month at the stream’s side.

The PV inverter total for the month was a respectable figure of 460 KWH, although the graph below shows the periods where light levels dropped right away, even with little rain, and the total monthly rainfall was again low, at 73.8mm. Indeed, without the 27 mm falling on the 31st, we would have been really worried once more this summer, about water supplies, and watering of plants in pots was again becoming tedious. 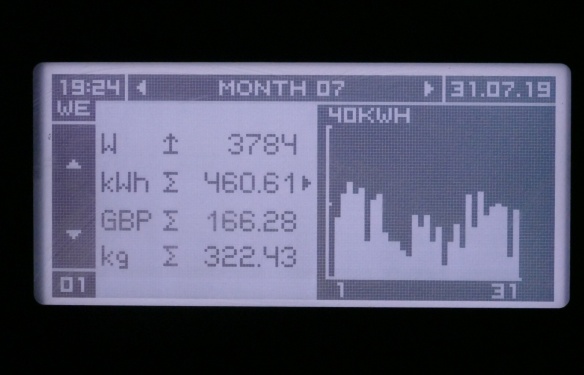 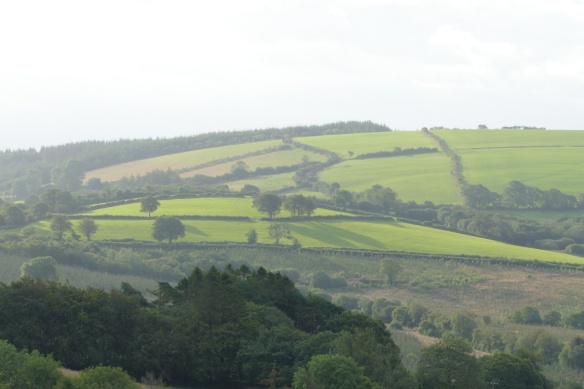 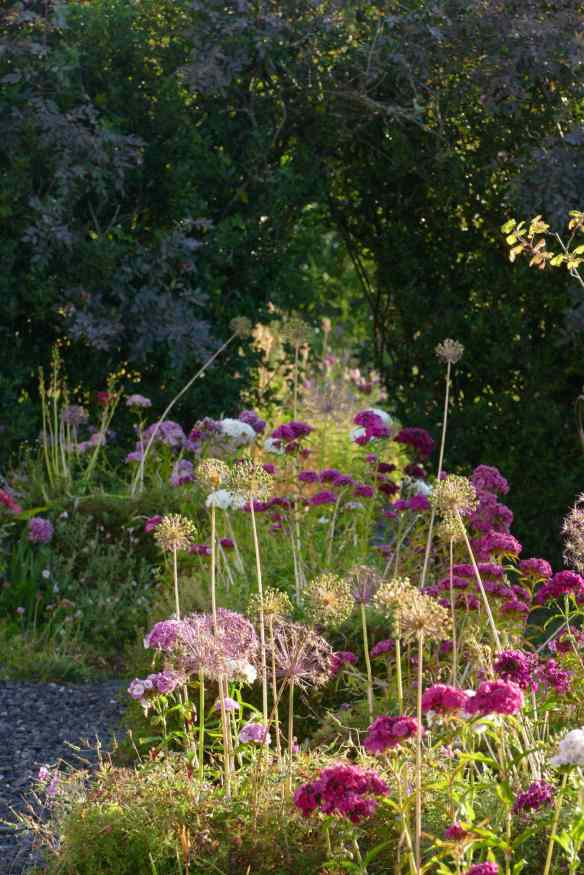 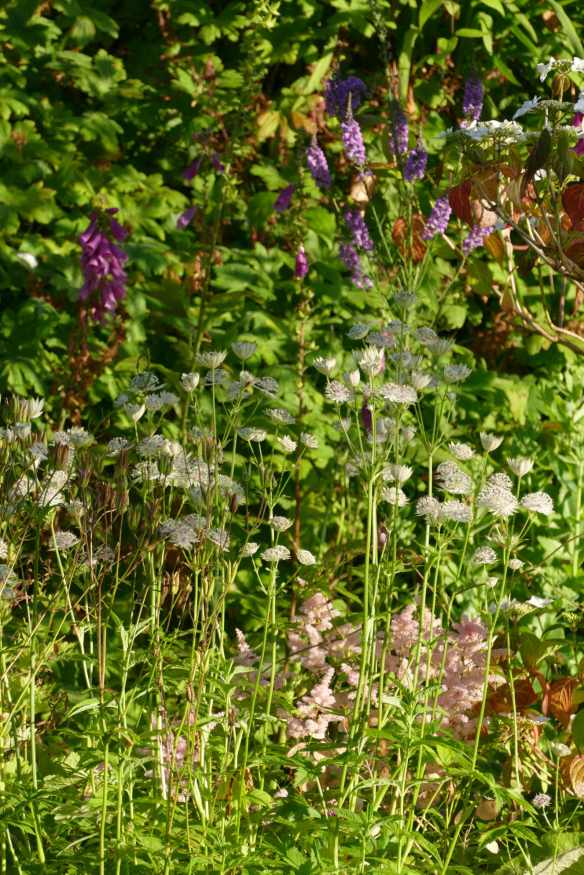 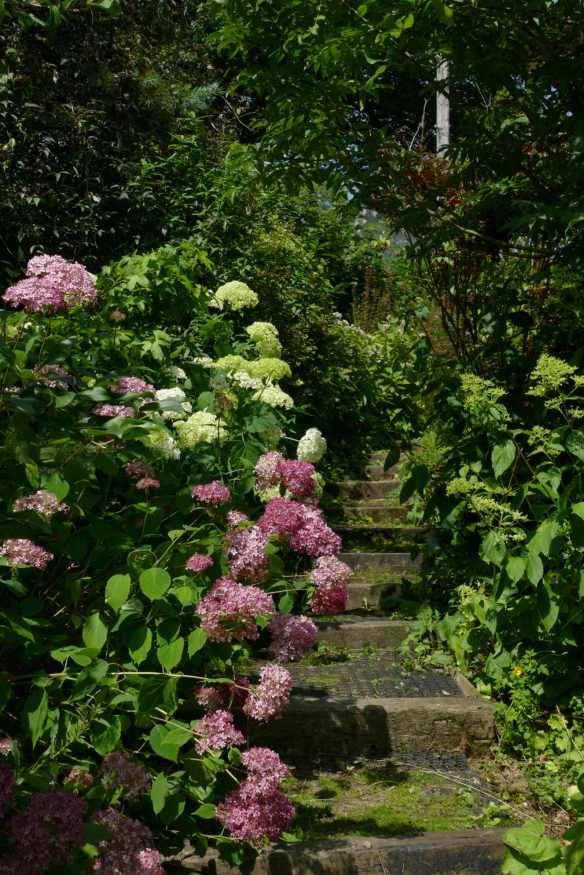 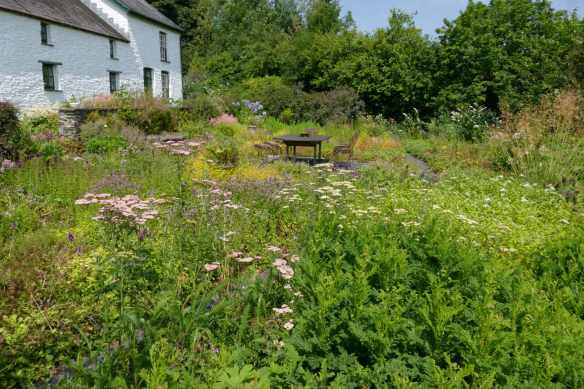 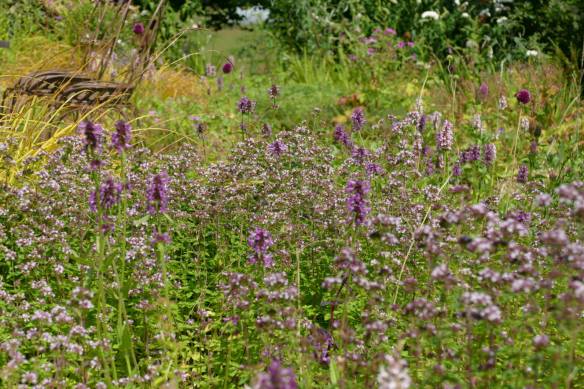 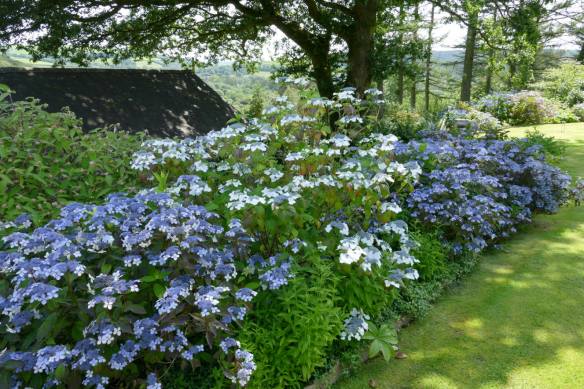