June continued where May left off – cool, grey, with occasional rain. But by the 12th, a high pressure system to the west of Ireland developed, and as often happens at this time of the year with such a weather pattern, we benefited from rising temperatures, and wonderful sunshine. A good 2 weeks with no rain. Manual haymaking in our high meadow began in earnest for the first time, whilst leaving flower rich patches for later seed harvest. It’s extraordinary how quickly this field is turning into a spectacular true wildflower hay meadow. (If the 20 years of our stewardship at Gelli really is ‘quick’?)  Apart from a bit of scattered Bird’s-foot trefoil and Yellow rattle seed, many of the lovely flowers and the huge variety of grasses have appeared on their own, presumably in large part by germination of dormant seed from the field’s seed bank, since it’s never been ploughed or ‘improved’ in many decades because of its steepness and the old track which used to pass through it. 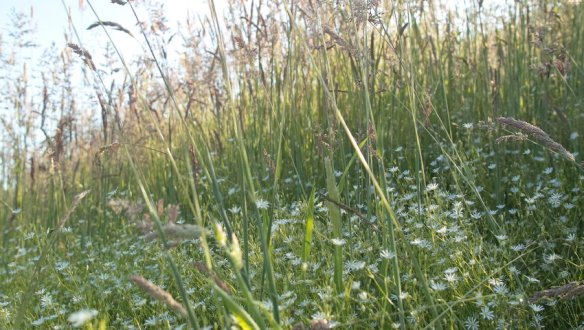 In the garden the Siberian Irises and assorted Candelabra type Primulas have excelled; the fairy castle seed heads of Nectaroscordum siculum now grace the magic terrace garden for the first time, after the queen tree wasps did the pollinating; the matrix tyre garden in its reinvented tiered, long flower border format, is maturing well; the Azaleas and Rhododendrons had their best ever year; the rambling and climbing roses have been spectacular and getting bigger all the time, as they do, (including our very own 2 self sown seedling roses); the Tomcot apricots in the compost heated greenhouse have given us a bumper crop by the middle of the month in only their third year; and best of all the mixed blues and purples of Penstemon, Linaria and Geranium along the meadow copse walk have been a delight for the very first time. What more could you ask for in a perfect summer month? Even the midges have taken a back seat for most days. 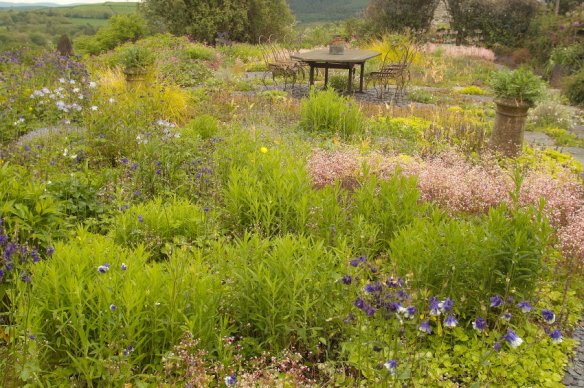 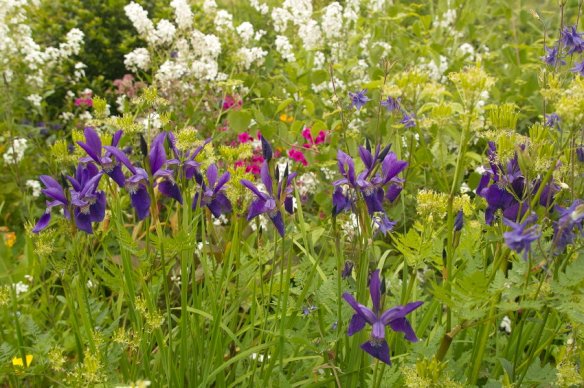 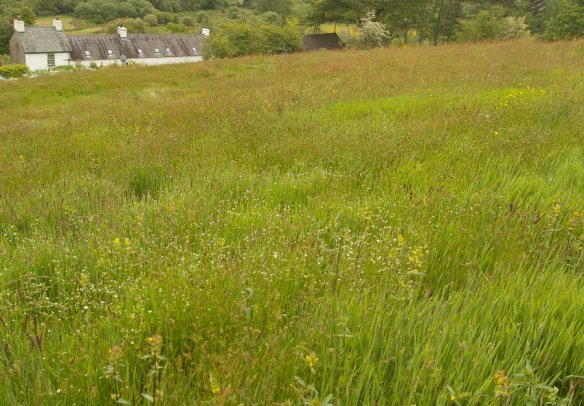 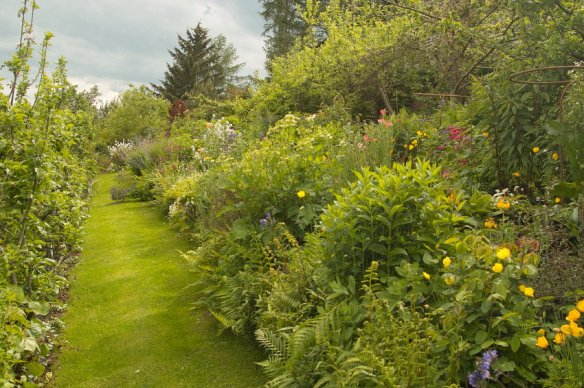 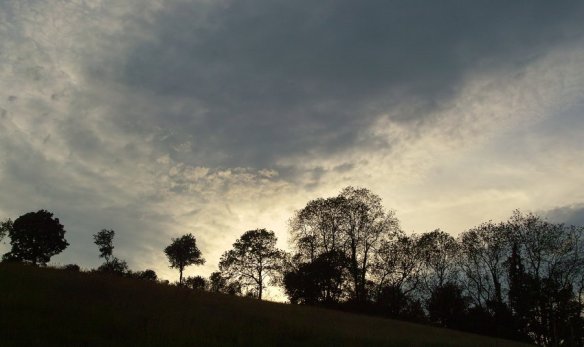 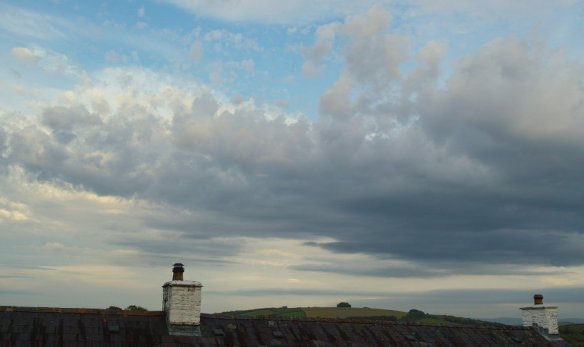 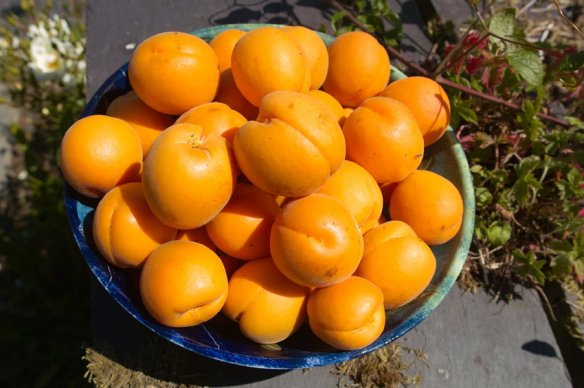 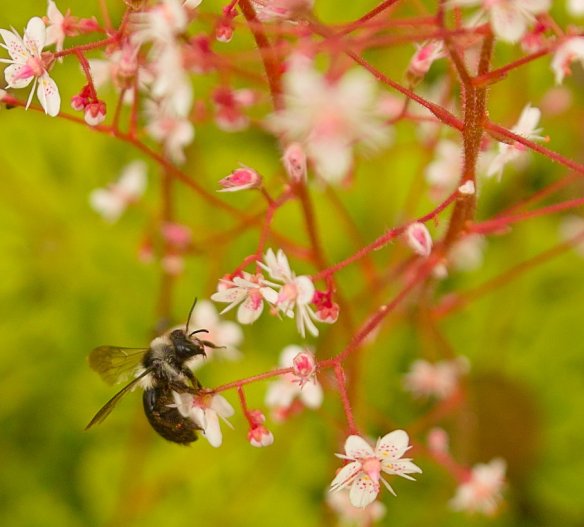 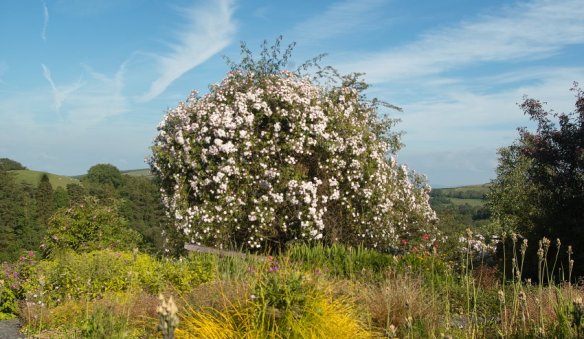 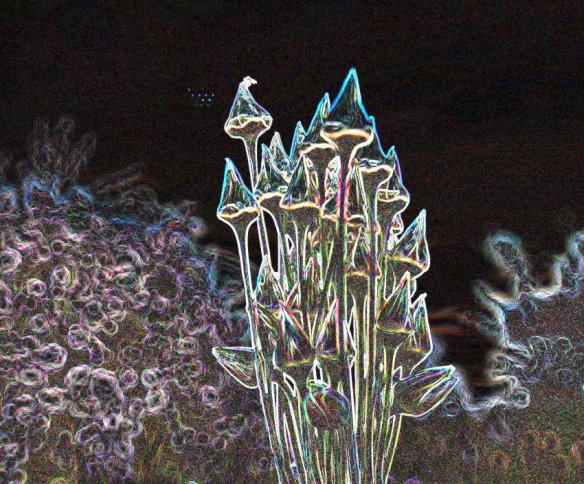 June rainfall at just 41.55 mm was a very low level, for us, and the PV output showed just how bright a month it was, at 542.15 one of our best ever monthly totals. 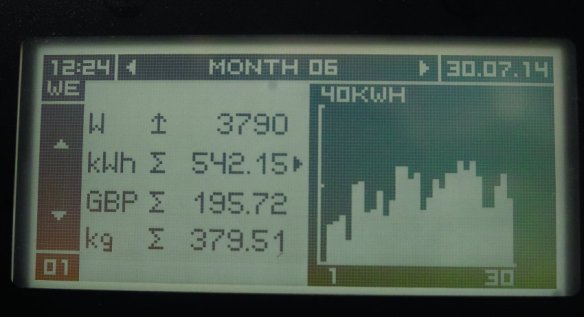