Hello friend(s).
I’ve missed you.
The curiously addictive challenge of chronicling the everyday, off the beaten track.

So after nearly a month’s absence, I can briefly gaze again upon a few years’ scribblings and photos before returning to isolation once more.

And so a monosyllabic brief title reflecting the shut down conditions here.
Only one dry 24 hour period since November 1st. Not, very thankfully, the quantities of rain suffered by poor Cumbria, but still relentless and significant. 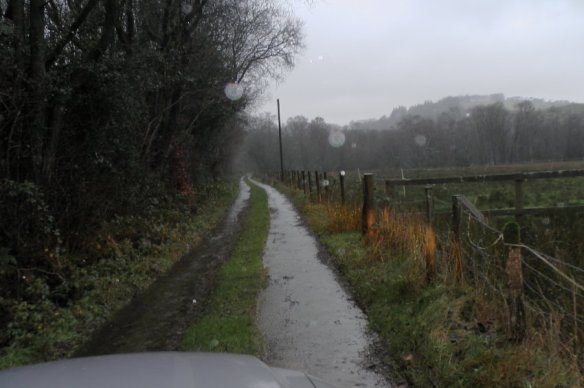 Only one frost so far this winter as I write this on December 19th.

The colours and golden glows of our early November Parisian trip, are but a distant memory now, reflected in a few images below. 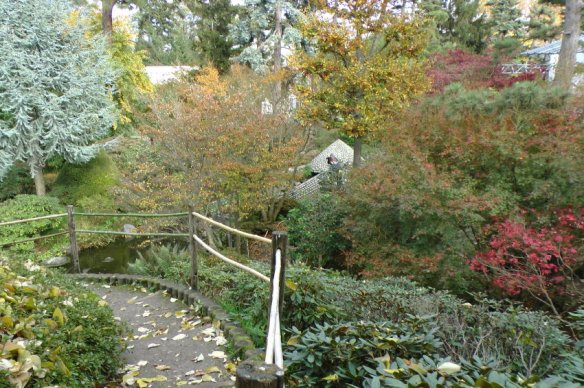 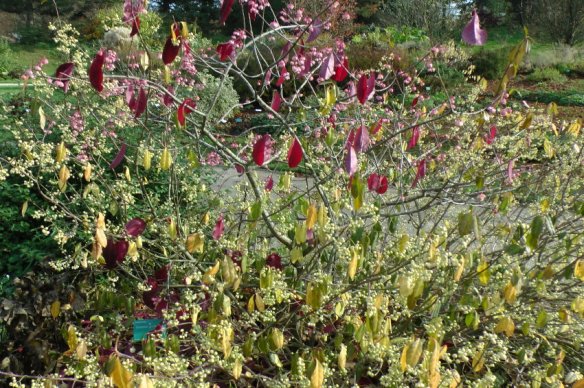 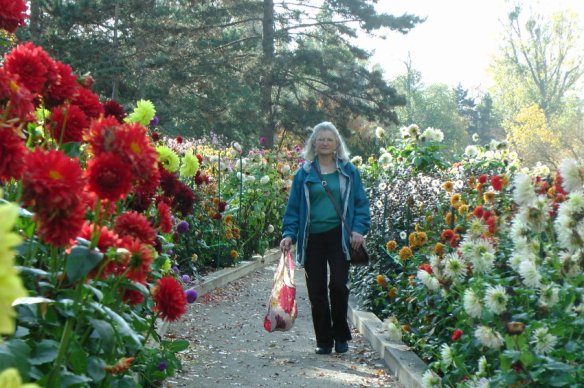 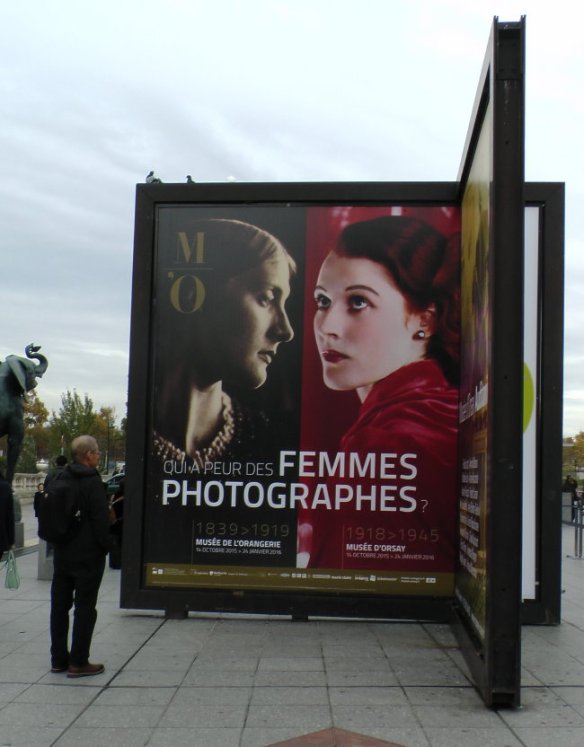 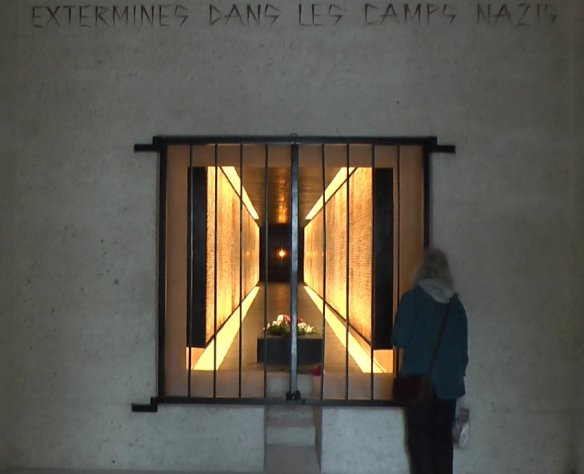 And for the first time for us, the incredibly moving black and white, steel and stone, memorial to the 200,000 French Jews deported to concentration camps in World War 2. And a narrow tunnel of tiny lights, pointing to a focal point.

One for each cut short, life.

Burrowed back, beneath the Île de la Cité, towards the foundations of Notre Dame Cathedral.

The fact that these photos are included here doesn’t mean that we’re now back on line, simply that I’ve posted this using Diana’s internet, and Kevin’s computer in Shropshire on a brief pre Christmas birthday celebration trip. With much gratitude to both!

At home, there’ve been perhaps just 2 or 3 December days when we’ve seen any sunshine at all. Plenty of wind, and lots of variants of grey skies, but light levels so poor that even at midday, photography is barely worth trying.

Little can be done outside, save trying to manage incessant deterioration on our access track from water logged conditions, and clearing ditches. 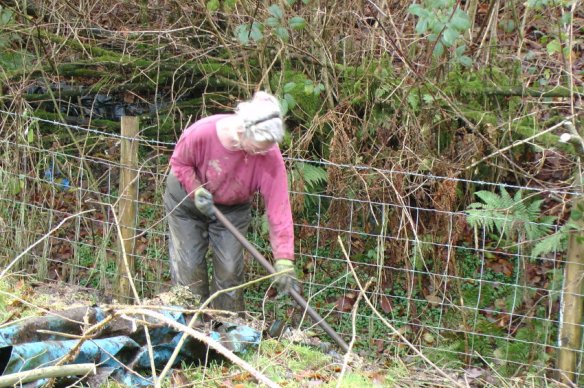 This, at least, is hugely satisfying, if an incredibly mucky affair. This is Fiona before a session, still smiling! 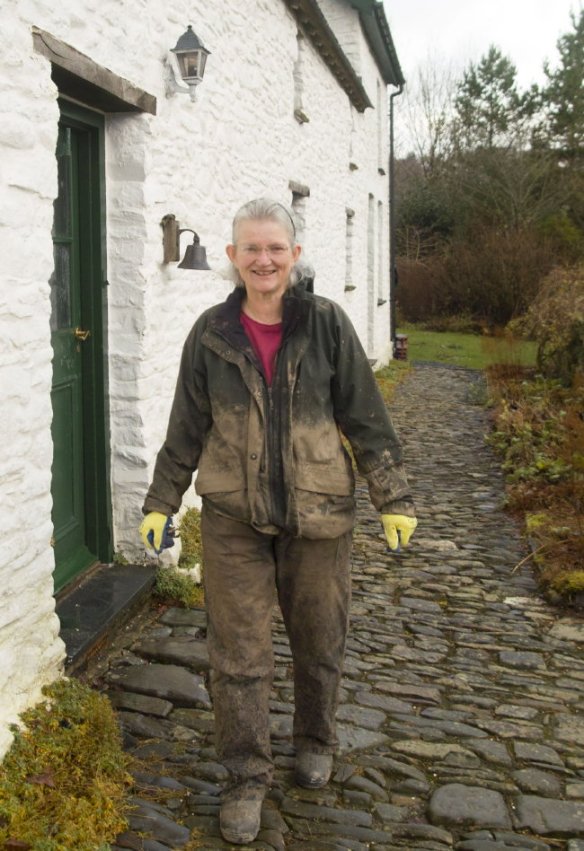 All those fond memories from childhood of trying to dam water flows, are now exceeded by the pleasure of seeing it flow freely, from a previously vegetation filled mire. And we now know where many frogs and toads seek to hang out in these miserable conditions, lurking in the mud and decaying leaves at the side of many of these ditches.

All this activity would no doubt be frowned on, by downstream Monbiot influenced urbanites. But traces of previous pre-JCB era hard graft were revealed. Evidence of earlier hard graft, came to light in this exquisitely constructed, and still flowing, French drain exit found at the base of the hill. 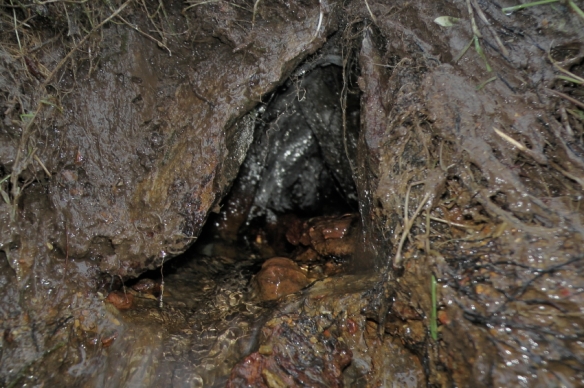 If it runs up to the house, that’s a heck of a lot of effort involved centuries ago, to make something more productive, from this land.
And I hope to be able to demonstrate that with time, much more diverse wet litter meadows, can be created from soft rush mire to justify our contrarian, and laborious approach.

Within the garden, the mossy mulches and paths are loving these wet, grey conditions.

We also have Narcissi ‘Rjinveld’s Early Sensation’ and Galanthus ‘Mrs Macnamara’ snowdrops in bloom a good month earlier than ever before.

The Daphne Bholua ‘Jacqueline Postill’ is filling the air with its magical perfume. 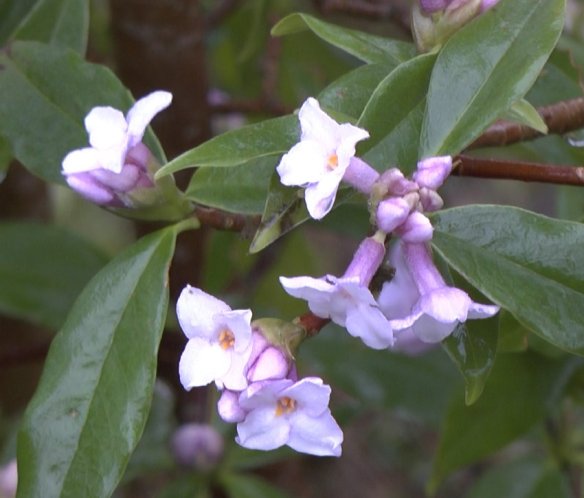 A huge December treat, and the 8 or so thickets are now big enough to contemplate snipping some buds, to lift the senses indoors too.
But is this the new reality of a Welsh winter and Christmas?

I’m including a link to Dylan Thomas reading his short piece “A Child’s Christmas in Wales”, which I listened to the other night on a CD. There’s much to enjoy in the piece and several references included to snowy scenes.

Was this just creatively imagined, or were his remembered Carmarthenshire winters consistently much colder?

The world’s leaders have now returned from their mega Paris climate change event, with apparently solid agreement, that things need to change to mitigate further global warming, but specific details seem limited, and at a domestic level one wonders about any rationality in policy, after the example of the continued fudging of a decision over Heathrow expansion.
I’d anyway already lost any confidence in the rationality of political decision making, after the Renewable Heat Initiative which has seen many local landowners receiving significant quarterly cheques for installing wood pellet boilers (fuelled with wood pellets imported from Estonia), rather than being encouraged to make use of local, or on site coppiced timber, which abounds in this part of the world. A mere 15 minutes of on line form filling assuring 7 years of government hand outs. All in the name of greening the economy.

So what is really green these days anyway?

Well, Doublet’s (our ram), raddled chest certainly is. Powdered lime wash pigment and axle grease smeared on, was rapidly transferred onto several ewe’s rumps within 24 hours of him being introduced to his harem. Much delayed, but a conscious decision on our part to see how lambs fare when born a few weeks later, than the more usual early spring births.

Finally, as we home in on the shortest day, the nights are indeed very long and dark, like our snug home, with precious few occasions to nip out for a bit of star or moon gazing…
But not as black as the technological hole that we remain trapped in. It really is remarkable that with all the recent talk of the UK air force’s ability to target weapons with pin point accuracy on the landscape, or people, below them in Syria, simple communications in rural Wales are so dire, and have had such a low priority to those in power.
Mobile phone reception is only possible, about 50% of the time, with the phone held at arm’s length, in one specific location in just one of our tiny windows, and even then the signal strength varies from non- existent to poor. Fiona copes heroically with this. I have never wanted a mobile phone for anything other than an emergency call if you break down. But thank goodness F persuaded me of the merits of a so called ‘Smart’ phone. It has at least allowed her to pick up emails from time to time, but it’s beyond the challenges this blogger is prepared to struggle with, and would result in me putting up nothing more than twitter-like banality, which has never really appealed.

So I sit in my own curious, black-holed, information-free space.

I suppose we’ve been spared the excesses of Black Friday marketing and temptation, but with an inquiring mind, I’m really struggling with this vacuum – as regular readers may know, we have eschewed TV for years. Our existing satellite (non) provider continues to excel. Nearly 6 weeks down the road, and Beyond a Joke (BAJ/SL), still astound with their inability to move towards a plan to resolve the issue. Perhaps even the local spiders, sense that what is known as the LNB, doesn’t thrum or whirr with traffic noise as in the past, and makes a handy base for operations. BAJ/SL have yet to be persuaded to consider the possibility that it might be this part of the technology that isn’t working properly, but heck, what do we know about such matters? 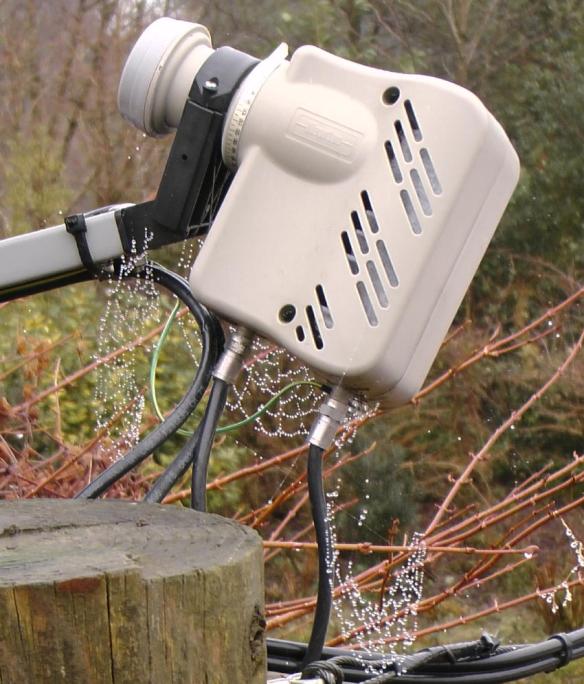 Our hoped-for white knight, in the form a local company called ResQ, have at least allowed me to speak to competent sympathetic individuals, but the suggested 2 to 3 weeks to an installation with them is already, as I feared in my last post, morphing into something much longer and indeterminate.

I’m sure an eventual crisp frosty morning will work wonders here, but as we head towards what looks like being a very different Christmas, I might at last, when I post this on line, be able to see whether virtual WordPress snowflakes are still falling in the cyber blog world. Hurrah! They are!

I can still, however wish any readers who might still be out there a very happy, peaceful, and enjoyable Christmas time, in their own homes and cyber spaces, wherever they may be.