January began with a grey day, but the wind quickly moved to the North East, temperatures dropped, and Monday 2nd dawned with clear skies, and a hard frost. 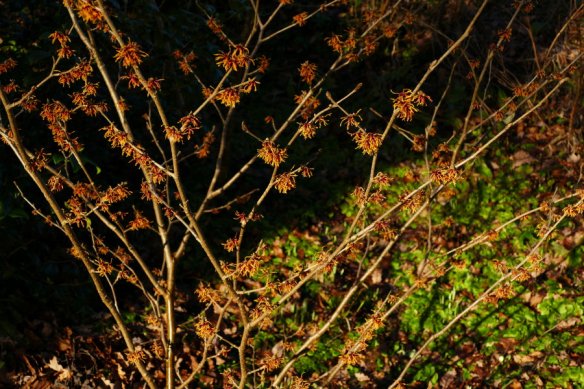 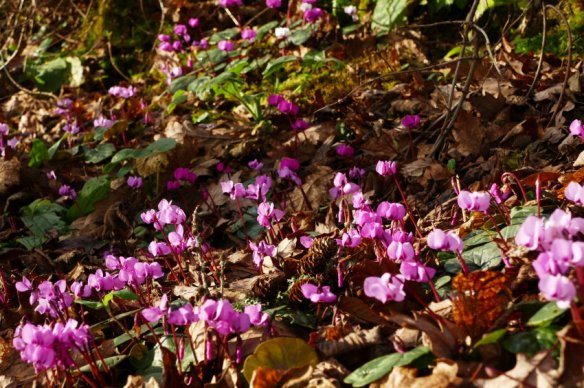 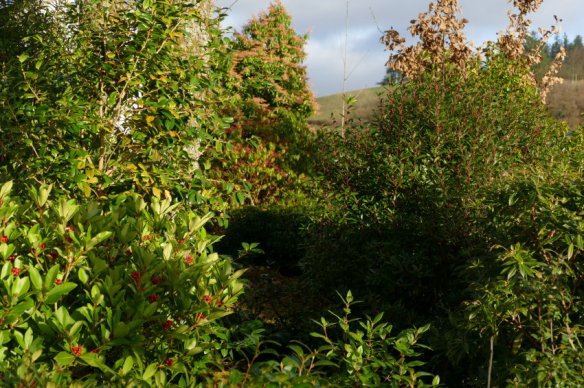 A much anticipated replacement camera for my aging Sigma, a Panasonic Lumix “Bridge camera”, means a fixed zoom lens and lightning fast focusing even in very poor light. So at last I can get to record some of the bird life up here. Robin, Nuthatch, Treecreeper, Goldcrest, Great Tit. 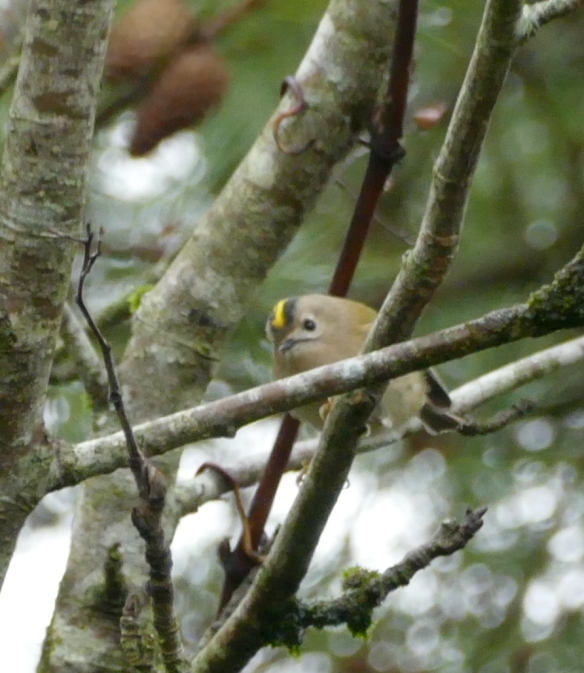 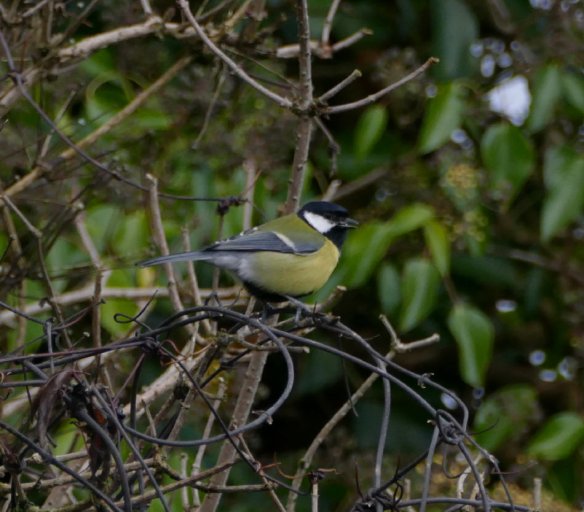 “Loony” getting fashion conscious with a wool fascinator. 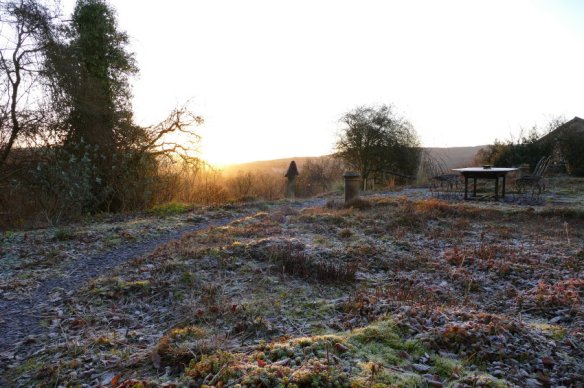 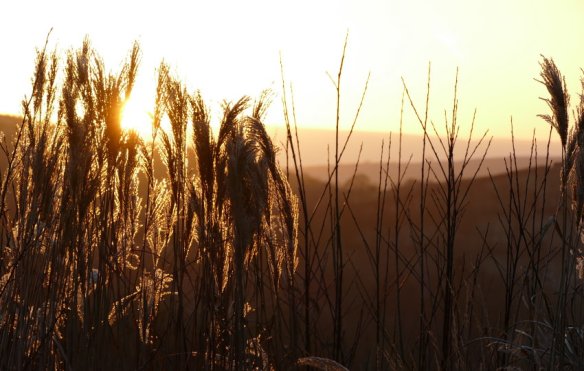 By January 12th, I’d recorded 47 different snowdrop cultivars in flower in the garden, and at last we’re making serious headway with proper garden labelling, and photographs of the different stages of flower and leaf development, as well as notes about their origin and background. None of this will appear on the website yet, but with any luck, once our NGS season is finished, I can gradually get this information uploaded. With nearly 250 different cultivars, or variants, a quarter of which are the result of my Welsh Historic Snowdrop Hunt project, it’s a huge amount of work. 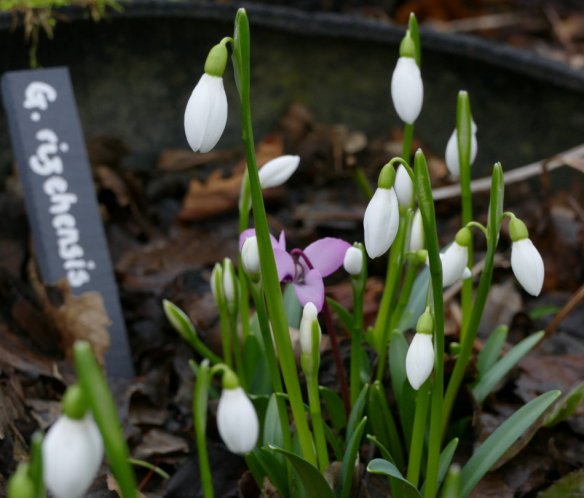 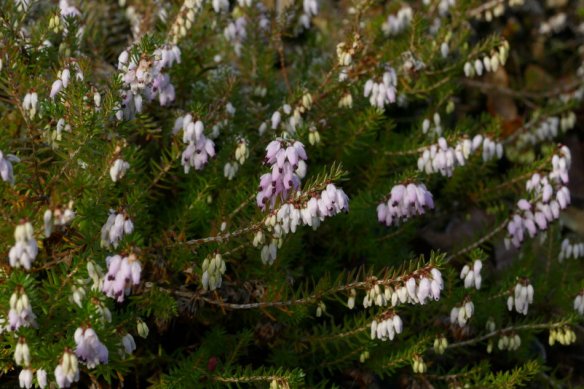 Then the weather morphed again, to thick mists and still days.

After perhaps 8 years, I lose track of time, many of our Hamamelis are having their best ever flowering season. H. “Robert” is the earliest, most scented, and our firm favourite.

The first, albeit tiny, ice spike of the year appeared in a lovely new bird bath bowl, a delightful present from a dear friend, and rim embossed with one of our favourite pieces of poetry by William Blake, from “Auguries of Innocence”.

The first Crocus sieberi ‘Firefly’, up if not out, by January 8th.

Daphne bholuas filling the air with scent by January 8th. 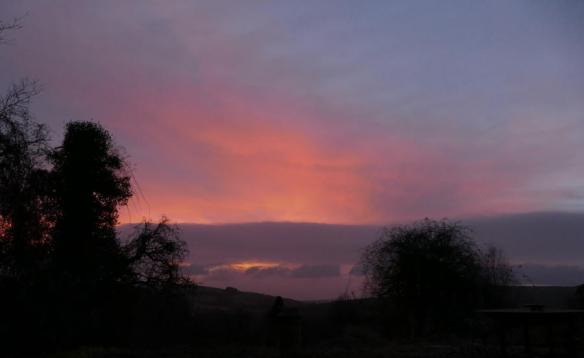 Cyclamen coum really getting going early in the month. 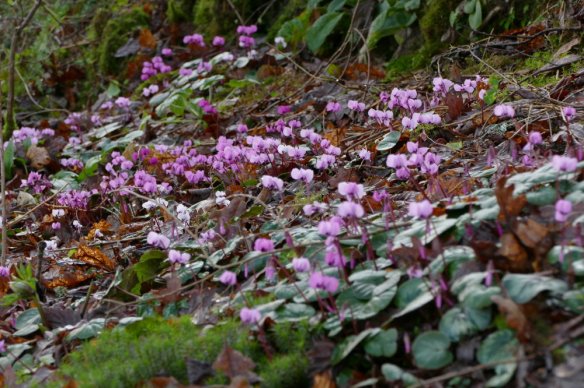 Masses of starling flocks around, with daily overhead commutes from their roost up on Mynydd Llanllwi mountain. 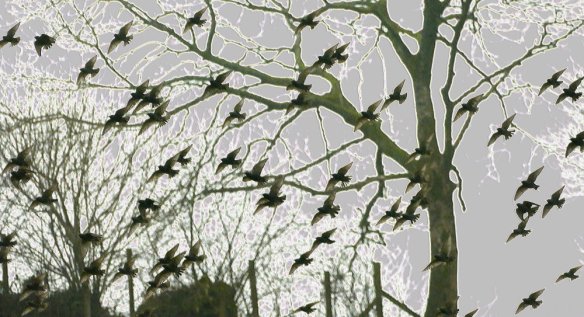 A new mushroom in the garden, the vibrant orange-brown Velvet Shanks, Flammulina velutipes. 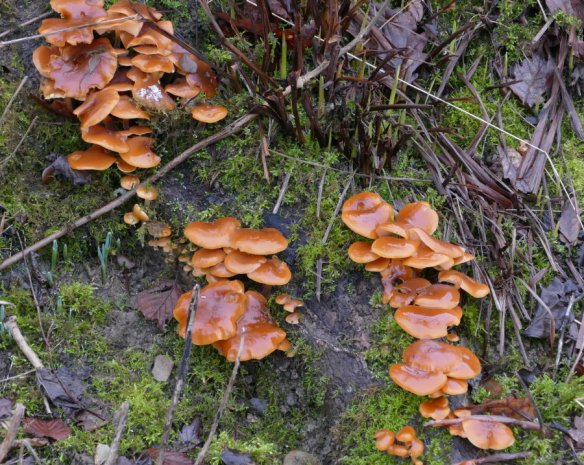 And several times in early January, I’ve stood stock still in our lower meadow at dusk, waiting for the light to fade, and seen a pair of Woodcock, Scolopax rusticola, fly North over the meadows  to their nocturnal feeding ground. Somewhere!

Towards the end of the month, another few very cold days, gave way to a warming of temperatures, with stronger winds and more rain, but the eventual monthly total of 123.10 mm was the least I’ve recorded here in January, and sunshine totals were also a bit above average, reflected in the PV record of 79.46 KWH, and a much higher peak reading of 3.329 KW, than in 2016.